And no, I didn’t mean kick ass! Sure, the statue is kick ass, but the best part about it is the ass kicking! Nathan Drake is flying down some smashed-up stairs ready to clock this thief dude right in the schnoz!

What is pictured in the diorama?

The two battling men are posed on the remains of a stone staircase, with Nathan at the top leaping towards the soldier at the bottom. Though the entire diorama looks amazingly detailed, I keep getting thrown off by how realistic the leather straps on Nathan’s shoulder holster are painted to look! There are a million tiny details I could gush about, but my favorite three are:

How much will this 1/6 scale Uncharted 4 diorama cost?/

You can pre-order the Uncharted 4 diorama on Sideshow Collectibles for $350. It’s expected to ship early spring 2017, around April or May.

Feast your peepers on the gallery below! 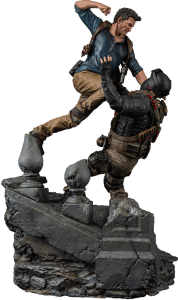 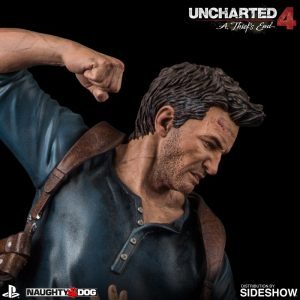 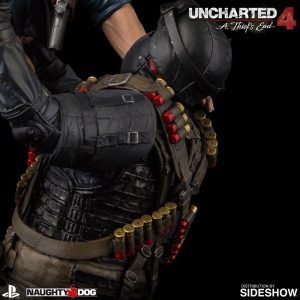 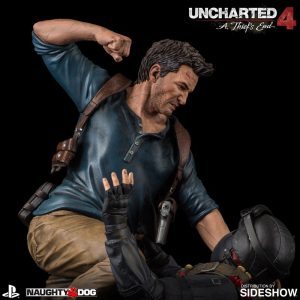