Just about the time I was transitioning out of my diehard anime phase (alas, all things must come to an end), the first Berserk series was released here. I even went so far as picking up a boxed set of the series, but never found the time to watch it. And now, with a trio of movies and a new series, I’m at even more of a loss when it comes to Berserk. However, I must say that even not being too familiar with the show, ThreeZero’s Sixth Cale Berserk Skull Knight action figure is among the coolest anime-inspired figures I’ve seen. Definitely seems like the type of Knight you wouldn’t want to run into in an alleyway at night (or anytime, for that matter.)

How Tall is This Skull Knight Figure?

How Articulated Is the Figure?

The figure and his armor are fully articulated, allowing for a massive variety of posing options.

The figure will come with six interchangeable hands, including 2 fists (right and left), 3 grip hands (2 right and 1 left) and 1 claw hand (right). In addition, he’ll have a black cape with wire (for posing), a shield with rose detail, and the Sword of Thorns.

If you order the figure through ThreeZero’s official store, they’ll throw in a Sword of Actuation accessory for the Skull Knight as well.

What Special Features Does the Figure Come With?

The figure features LED light-up eyes, powered by 3 AG1 batteries, which won’t be included with the figure.

Where / When Can I Order a Figure, and How Much Will It Be?

The Skull Knight will go up for pre-order on the official ThreeZero web-store on September 12th, 9:00 AM Hong Kong Time (September 11th, 6:00 PM PST). It’s being priced at 2025 HKD (or $260 USD), with worldwide shipping being included in the price. The figure should be available for pre-order at regular retailers shortly after that.

Is This the First Berserk Figure ThreeZero Has Done?

No. They’ve also produced a figure of the protagonist, Guts, who’s set to start shipping any day now.

The expected shipping date for the Skull Knight action figure hasn’t been revealed yet. 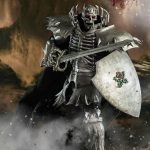 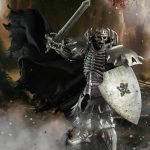 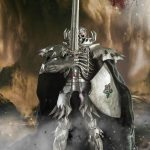 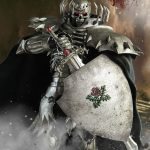 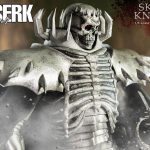 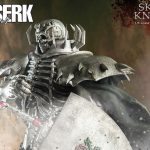 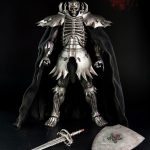 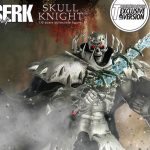 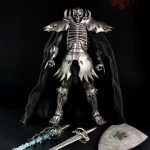 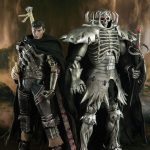