The Hateful Eight Action Figures From NECA Are Here! 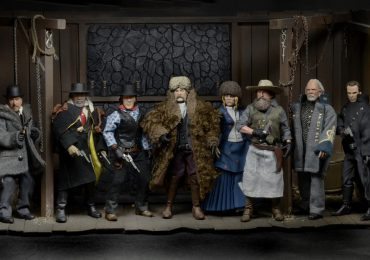 NECA toys and Quentin Tarantino have partnered up to celebrate the release of Tarantino’s eighth movie, The Hateful Eight, with 8 action figures, representing the characters from the Academy Award Winning film.

All of the Hateful Eight action figures will be 8 inches tall (~20cm) and will be dressed in specially tailored fabric clothes, all made in a retro fashion to resemble action figures from the 1970s. In addition, all figures are fully articulated and are made with an authorized likeness to the movie characters. The figures are:

All of the figures will include character specific accessories from the movie such as pistols, rifles, shackles, gun belts, holsters, and more, and will each come in a window box movie themed packaging, great for public display. 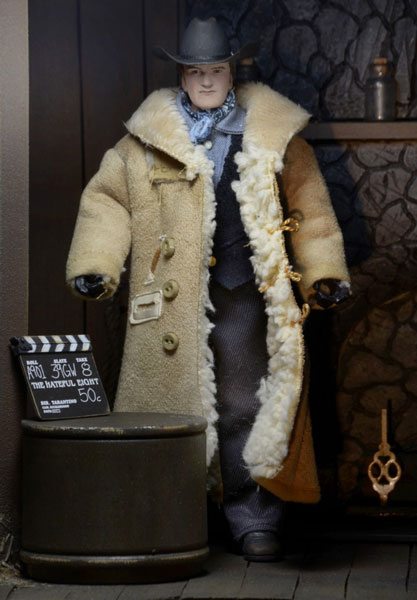 The prices of the figures will vary, some being $34.99 and some being $44.99. They individual figures, and a bundle containing all of them for $228.99 can be bought on Entertainment Earth’s website. The edition size for each figure will be 3000 figures, with a special announcement that it will be a one production run only, meaning that you should definitely hurry up as this is the only time you would be able to purchase it. The figures are bound to come out any day now as the estimated shipping time is sometime in March 2016. It can still be pre-ordered, so be sure to hurry.