Perhaps I’m just easy to entertain, but I find the Tamashii Nations “Movie Realization” line of Samurai-themed Star Wars action figures to be pretty awesome. And by pretty awesome, I mean amazing. Most recently, they debuted the Sandtrooper at SDCC 2016 and before that, we’ve seen Darth Vader, Boba Fett, Stormtroopers, and the Imperial Guard.  So what’s next? Well, how about a Stormtrooper Archer action figure? They first teased this figure back during Star Wars Celebration, but now they’ve revealed more details and photos, including when the figure will be going up for pre-order.

How Tall is this Figure?

The figure will be approximately 6.7 inches (17 cm) tall, and as with other figures in the line, fully articulated.

What Materials is the Figure Made From?

The figure is being made with high-quality PVC and ABS plastics.

The figure will come with three sets of interchangeable hands, a sword and sheath, a quiver with arrows, and a bow. In addition, the bow will be able to be folded up and attached to the quiver whenever your figure feels the need to use the sword.

Where and When Can I Order the Figure, and How Much Will it Cost?

The figure isn’t available for pre-order yet. Tamashii Nations will start pre-orders on their website on September 30th, with other retailers likely following soon after. The figure will go up for 8.856 yen (roughly $87), and based on previous pricing for the figures, it’ll probably be around $90 when it shows up at stateside retailers.

When Will the Figure Be Shipping?

According to Tamashii’s website, the figure is expected to start shipping in March next year. 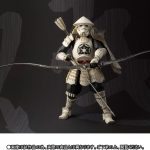 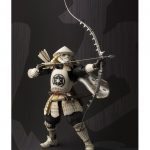 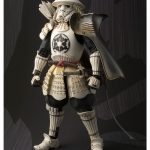 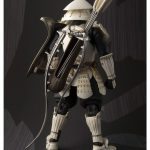 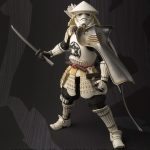 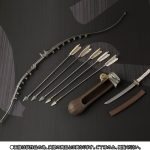