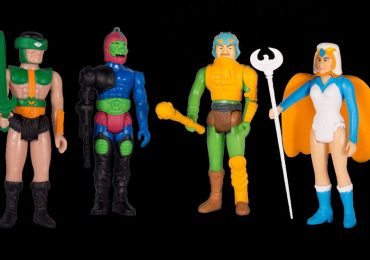 The first wave of Super7’s Masters of the Universe 3.75″ Scale Retro Action Figures is now available (grab a 4 pack at Big Bad Toys Store, or a case of them at Entertainment Earth). So what better way to celebrate this than by announcing the second wave of retro MOTU action figures? Similar to the first wave, these will also be painted and designed to resemble figures from the 70s.

The figures joining He-Man, Skeletor, Beast Man, and Mer-Man will be those of Tri-Klops, Trap Jaw, Man-At-Arms, and the Sorceress, all well known and loved characters. They will be sold at the upcoming San Diego Comic-Con, and though they’ll likely show up in stores once the convention is over, this has not been confirmed. The figures won’t feature superior articulation like many of today’s figures, but that is understandable considering the idea behind their creation. All of the figures will resemble figures from the 70s, including in function. And they look so accurate to that time, you’ll swear Super 7 went back in time and stole some from the 70s. Even the blister packs are superbly designed and include authentic 70s style artwork by Jason Edmiston. 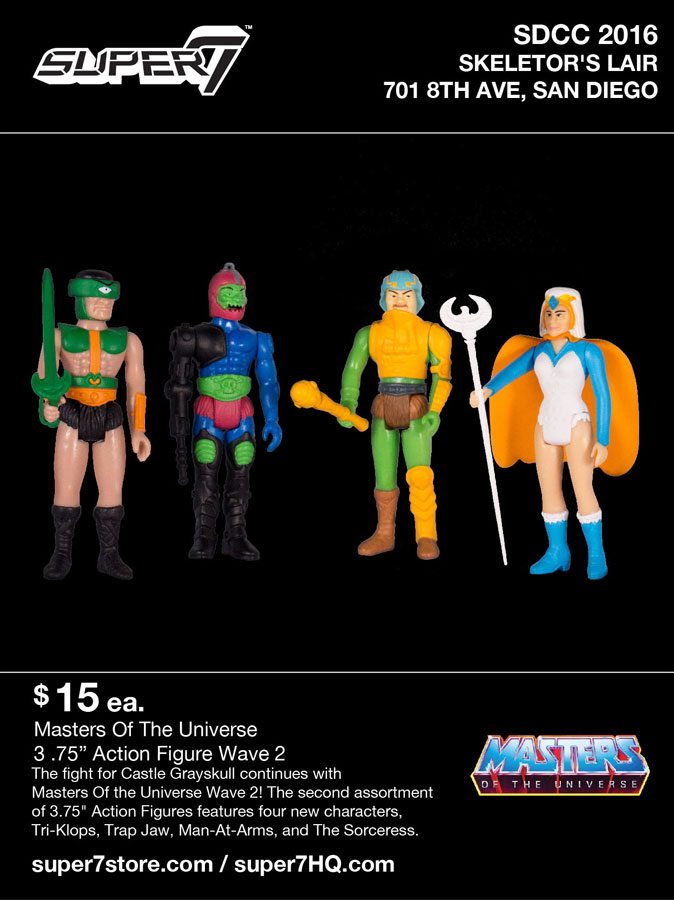 However, if you want to score some of these figures, be prepared for a quest! They will be purchasable in Skeletor’s Lair, a Pop-Up shop that is only accessible with a Power Token. And to get a Power Token, you have to go to the Super7 Booth #4945. Don’t worry, though, you get to keep the token, which looks pretty sweet! 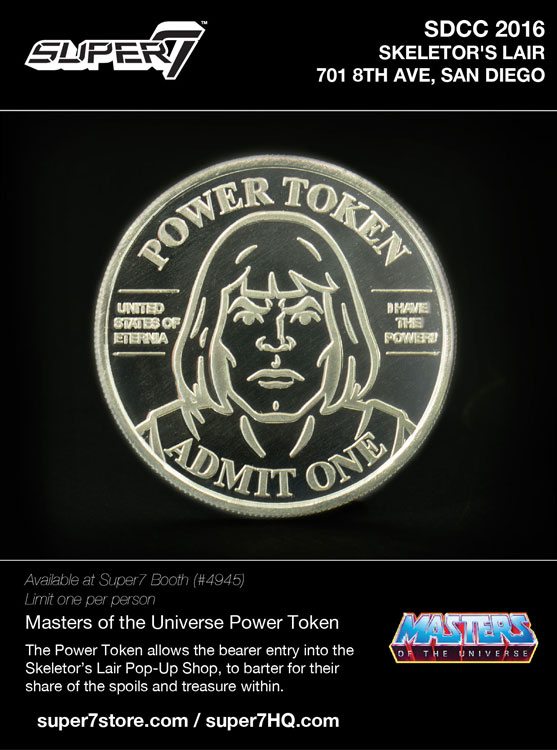 The price of each of the small figures will once again be $15 each. Some have expressed pause at that price for the figures, but it seems like a small price to pay for very cool retro MOTU action figures. Also, though the Power Tokens are limited to one per person, we haven’t seen anything yet saying that you can’t buy more than one set of the figures.

Rock and Roll All Night With These KISS Action Figures