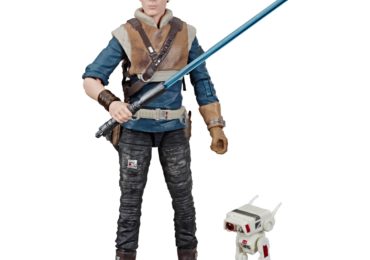 The Force is Strong in Star Wars Video Game Figures

Everyone knows who reads this site and watches my Youtube channel knows that I’m a really big fan of the Star Wars Black Series line, especially in the last year or so. I’ve collected most of the figures but there are still a few gaps in my collection.

Recently I have been playing Star Wars Jedi Fallen Order on the PS4 and I absolutely love it! Before I got the game I got hold of the Cal Kestis and the Second Sister Inquisitor figure but I’m having a hard time getting the Purge Trooper though. I’m ¾ through the game and it’s fantastic and throughout the game, you fight a huge array of enemies.

I’m not sure if Hasbro has any more plans to release figures from Jedi Fallen Order but I do have plenty of ideas for it.

One figure I would love to see the Black Series release a Starkiller figure. I know that the Force Unleashed games are no longer canon, though Hasbro has released a Jaina Solo figure who’s now a Legends character. So a 6” Starkiller could be possible. I know they did a 3.75” figure for the Vintage Collection line as well as the 3.75 Black Series and it goes for crazy money now. So it is likely, whether we’ll see more figures from the Force Unleashed games is very unlikely.

I would love to see Hasbro release more video game figures in the Black Series line eventually. I think it will happen between the films releases as Hasbro are releasing a Star Wars Battlefront II Heavy Battle Droid and a Jedi Knight Revan from the Knights of The Old Republic video game. So never say never for more Black Series video game figures.

Hasbro Star Wars I Am Your Fathers Day Livestream Reveals