At SDCC earlier this year Diamond Select revealed that they have rights to the Kelvin timeline Star Trek films by revealing Captain Kirk and Spock from Star Trek Into Darkness.

Now they have unveiled in-packaging shots of Kirk and Spock and I have to say they look great. The likenesses to Chris Pine and Zachary Quinto are fantastic. I love the texture work on their shirts and the federation logos emblazoned on their shirts as well.

They each come with a wealth of accessories they each come with a phaser, communicators, rifles. blast effects, interchangeable hands, and transporter bases.  Well worth the $24.99 price tag. The accessories look well detailed and very film accurate. I love that they included a “live long and prosper” gesture hand for Spock, it’s essential with every Spock figure.

These figures will be released in January of next year and I hope that they’ll be more figures from the Kelvin timeline. I really hope they release a Karl Urban Bones sometime down the line. 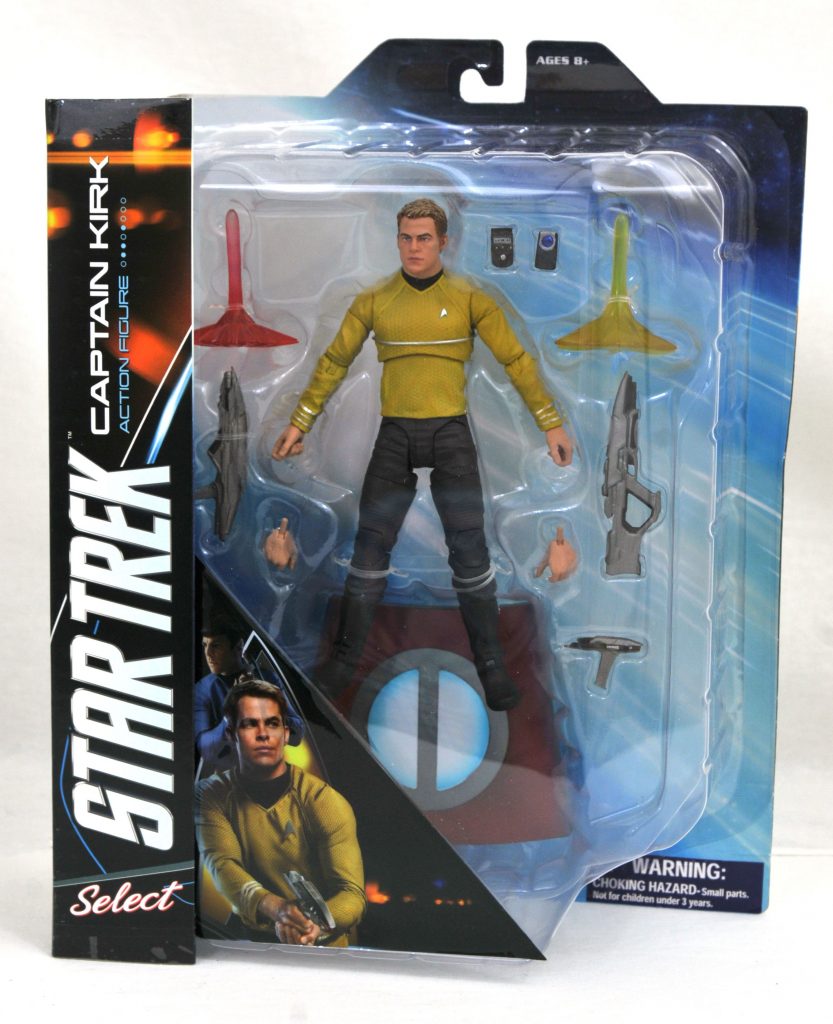 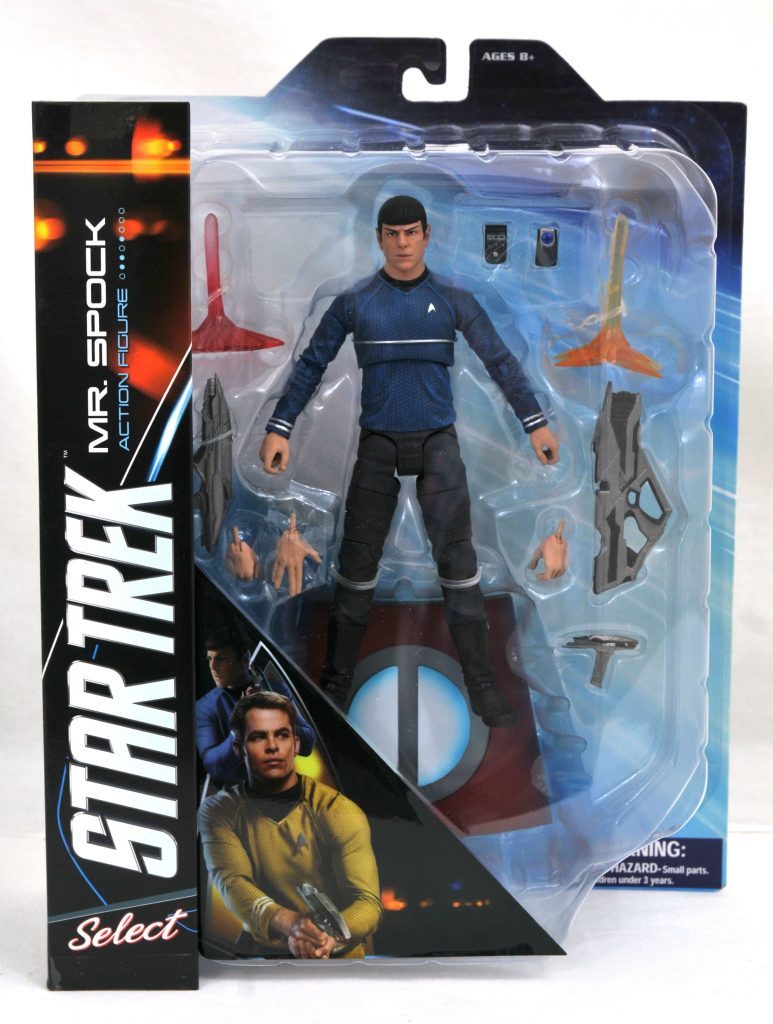 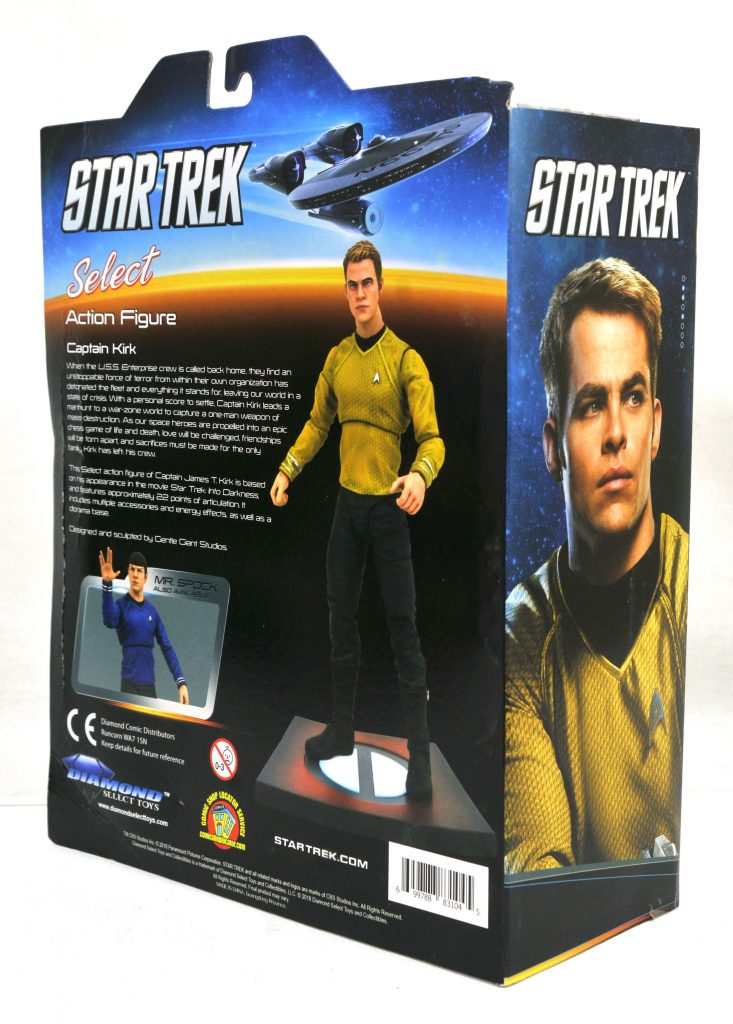 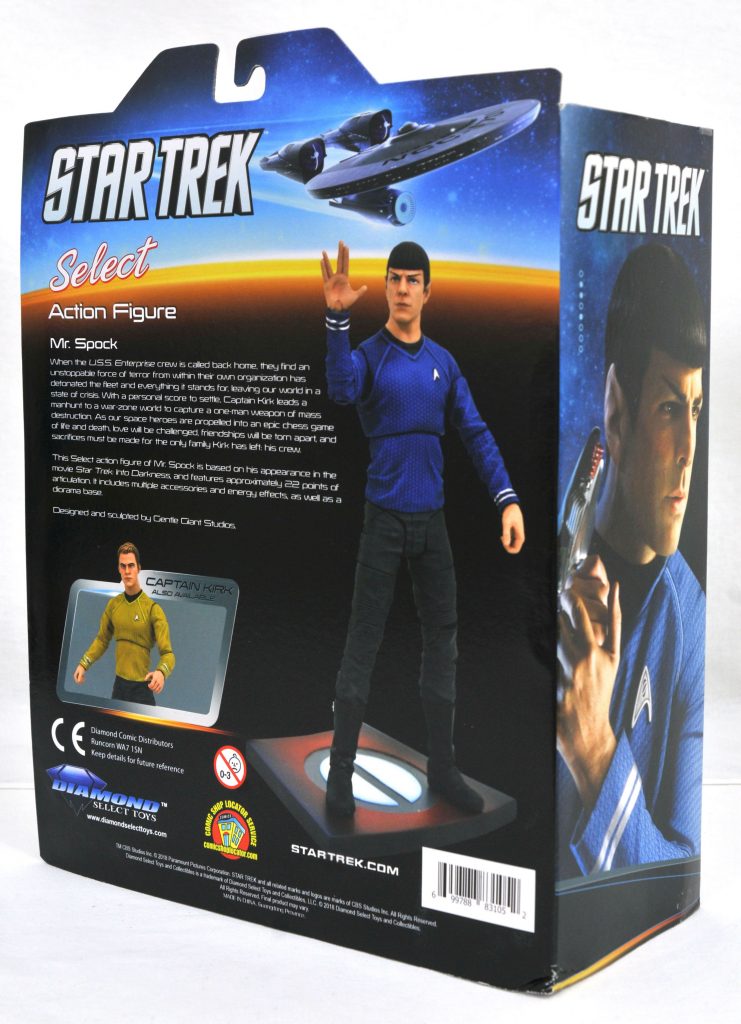