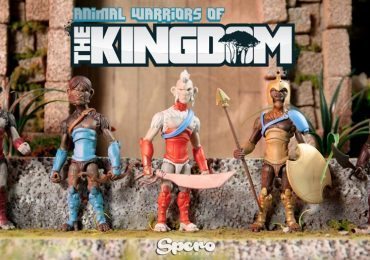 Animal Warriors of The Kingdom Kickstarter Off To Strong Start

An Animal Warriors of The Kingdom Kickstarter campaign recently launched, aimed at creating a retro line of action figures based on the AWotK comics. The effort is being put forward by Spero Studios, a group founded by Jason Bienvenu and Brandon Gary, aimed at bringing the retro fun of 70s, 80s and 90s toy lines with modern articulation and loads of accessories. And though the Kickstarter has only just begun, and it has already raised over a quarter of the necessary amount, with more than a month left to go.

The figures will be 1:18 scale, or 4 inches tall (~10 cm), feature 18 points of articulation and will come with loads of weapons and accessories. The first figures in the line will be those of Pale, the albino ape king, who will be wearing his adventure armor and his signature mohawk. Besides Pale, 4 other figures will be released of “army builder” characters, including the Chunarian Guardsman, the Chunarian Archer, the Horrid Soldier, and the Horrid Marksman. They’ll also be releasing a variant of Pale, as one of Pale’s abilities is to phase and become some a sort of a ghost-like creature. They will also be releasing Chunarian and Horrid themed weapon sets, containing various weapons and shields. Additional figures, such as Baron Kah Lee, have been set up as stretch goals. This initial wave is being branded as Series One, and though we don’t have details yet on what figures might make up the next series, it is great to know that they have more of these cool monkeys planned. 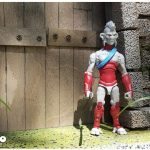 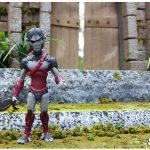 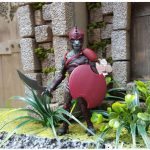 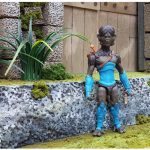 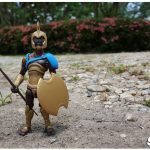 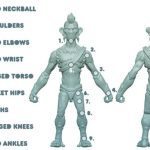 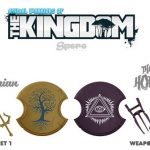 The current estimated release date (should the Animal Warriors of The Kingdom Kickstarter campaign prove to be a success, which is almost a given) is sometime in June 2017.  If you’re interested in supporting this campaign, you’ll receive great rewards, such as graphic novels, figures and weapon packs, with the figure rewards starting as low as $19.