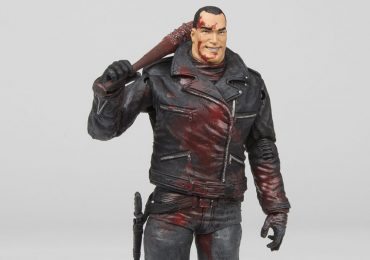 With the San Diego Comic-Con coming in a month, more details have been released about Skybound’s SDCC 2016 exclusives. For those unfamiliar, Skybound is the company of Robert Kirkman, the creator of the Walking Dead and Outcast. 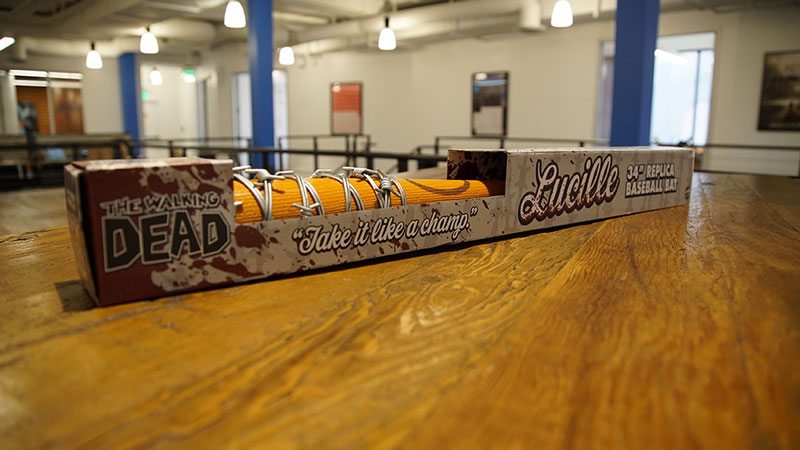 The first collectible announced is a 34’’ replica of Negan’s Lucille from the Walking Dead. You probably won’t be able to use it for a pickup game of baseball, considering it’s covered in barb wire, but if zombies ever attack you, you know what to use to defend yourself. The replica will be $40. 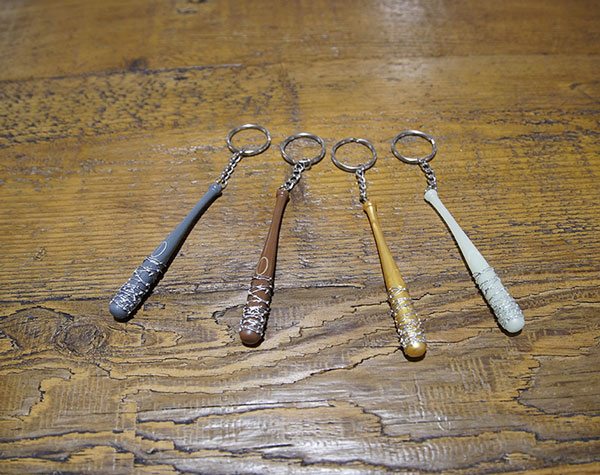 Another Lucille collectible they’re bringing to the con are $10 keychains. Skybound is releasing 4’’ vinyl keychains in their Series 1, all differently colored and great for collecting. 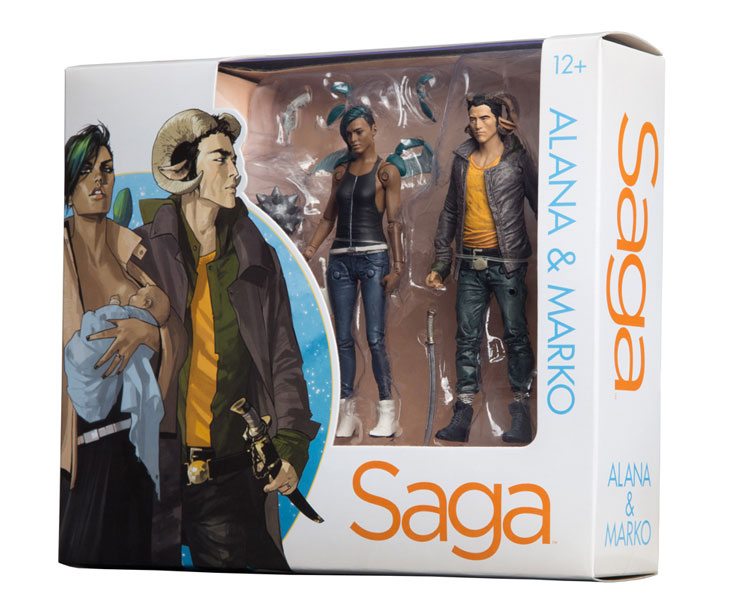 For their third announced collectible, Skybound has partnered up with Brian K. Vaughan, Fiona Staples, and McFarlane Toys to release a 2-pack Saga-themed action figure set. The pack features Alana and Marko, Saga’s protagonists. Both come with their iconic weapons and are designed with an authentic likeness to the original material. The two-pack will be listed at $50, and is definitely worth checking out.

Another incredible two-pack coming from Skybound contains Negan and Glenn. This two pack features Negan with Lucille, and Glenn with an interchangeable smashed head, as seen in Chapter 100. This great two pack will come in two variants, one fully colored and one in black and white. The pack also includes an axe and a knife, all bloodied up. This two-pack will cost $50, regardless of the variant. Negan and Glenn will also be purchasable on the Big Bad Toy Store, in both color and black and white form. 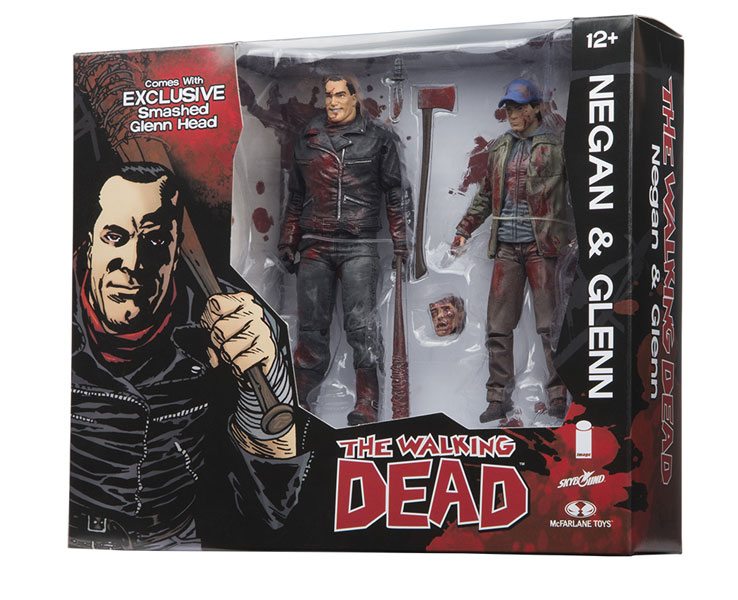 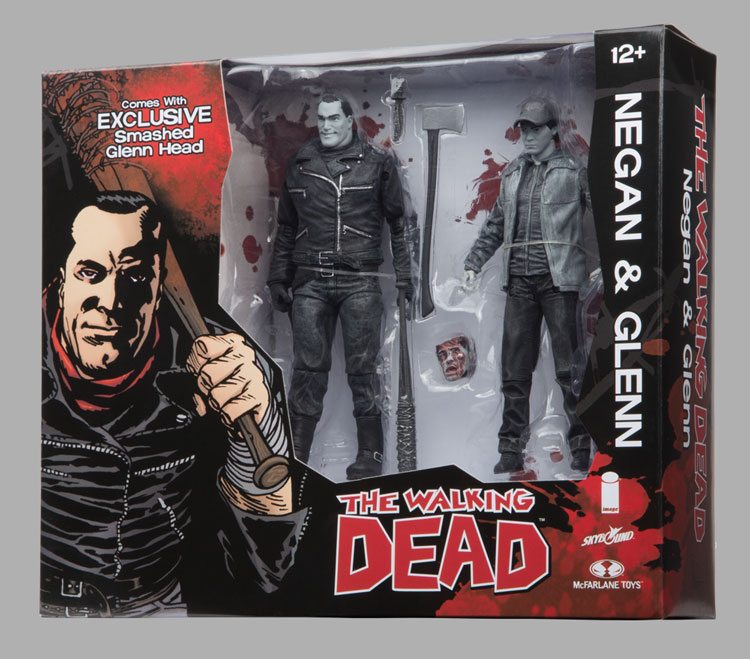 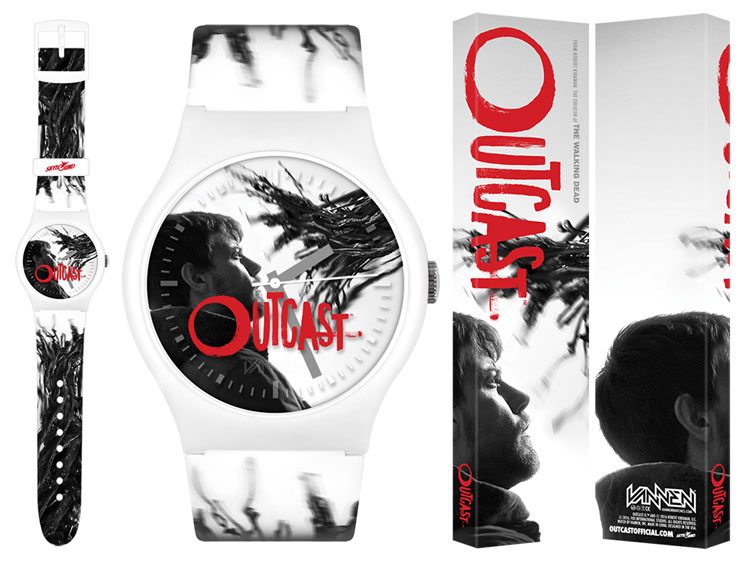 Need a nice timepiece? Check out the Outcast Limited Edition Watch. It’s got glossy, full-color artwork on the dial, numerous Outcast engravings, and comes in a collector friendly full-color Outcast sleeve. Oh, and there will only be 250 of them available. The price of the watch will be $65.

Skybound will also be offering Con-Exclusive collections from both the Outcast, and the Walking Dead comics.

I don’t know about you, but I need me some Lucille, and the Glen / Negan two pack is a must have.