For a guy who showed up in Empire Strikes Back in a scene roughly forty-five seconds long, Zuckuss is getting a really, really cool figure. He’s actually only the latest from that famed group to get a figure, as ( excepting Boba Fett who has more figures than the Sarlacc Pit has tentacles) 4-Lom, IG-88, and Bossk also have awesome Sideshow figures, and they have plans for a Dengar one as well.

So, just how cool will Zuckuss be? At least as cool as Bossk, but maybe not as cool as IG-88. Well, let’s take a look!

How Tall is the Zuckuss Figure?

What Kind of Sweet Outfit Does Zuckuss Have?

Well, he’s got a sweet head sculpt, with respirator tanks and tubes, and a very finely crafted outfit, which includes:

And He’s Got Some Accessories, Right?

Yes, yes he does. In addition to his sweet GRS-1 snare rifle, he also has a figure base with the Star Wars Logos, and four interchangeable hands, including a pair of gun firing hands, and a pair of neutral rifle grip hands.

How Much Will Zuckuss Set Me Back?

When Will Sideshow Be Able to Smuggle a Zuckuss Figure Out to Me?

And Where Was Zuckuss in Empire? 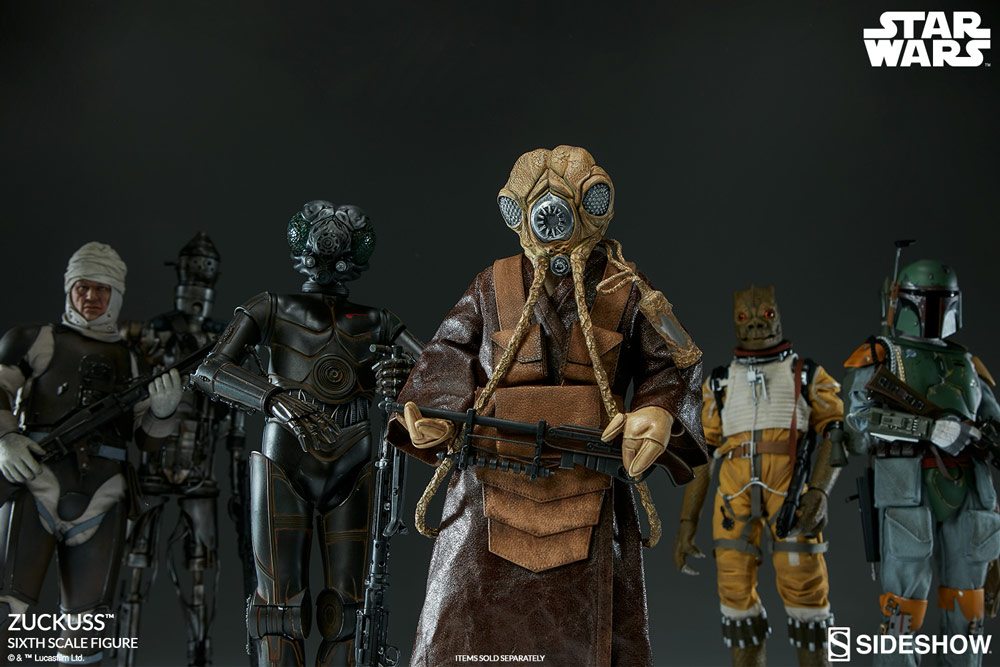 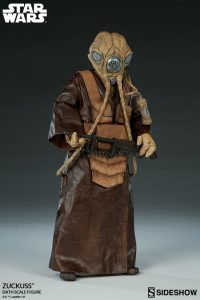 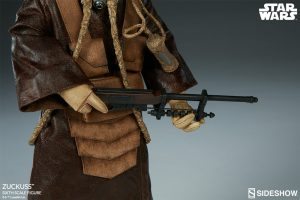 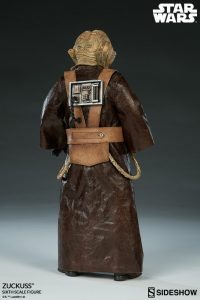 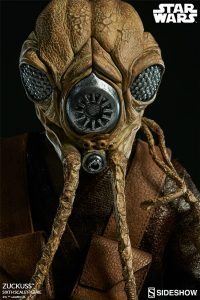 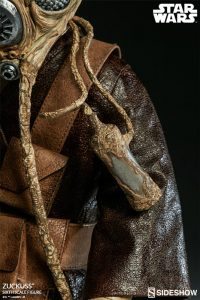 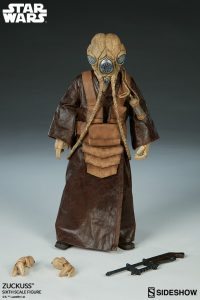