The Killer Croc isn’t exactly the brightest of Batman’s villains, but he is one of the most durable, and at times, brutal. And to properly celebrate the Killer Croc, Sideshow is bringing you the Premium Format Killer Croc figure. The figure features Killer Croc in a stooped posture, wearing weathered fabric pants held up by a rope belt. The figure / statue features an incredible amount of detail. Basically, this is the ultimate Killer Croc statue.

How Much Will the Figure Weigh?

Is There an Exclusive Version of the Figure?

Will the Figure be a Limited Edition?

Yes, both the regular and exclusive versions of the figure will be available in limited quantities. However, Sideshow has not revealed yet how many pieces will be in each edition.

How Much Will the Figure Be, and Where Can It Be Ordered?

When will the Figure Be Shipping?

Both versions of the figure are estimated to ship between August – October 2017. 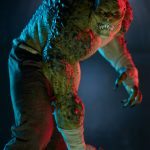 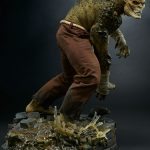 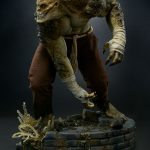 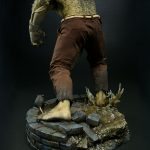 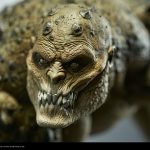 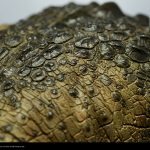 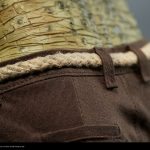 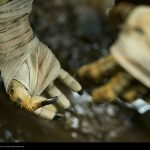 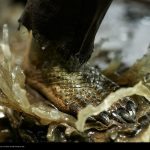 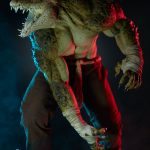 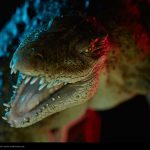 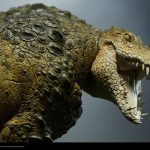 And, for those of you who are fans of Killer Croc from the Batman: Animated Series, here is one of Croc’s finest moments from the episode titled “Almost Got ‘im,” where a collection of Batman’s villains share their best stories of almost taking down the Bat:

Of course, it’s later revealed that Batman is posing as Killer Croc in that scenario, so Croc could be excused for arguing that he’s not as thick as this makes him appear.