Sideshow Collectibles has revealed details and photos for three awesome new Star Wars statues, spread among the various Star Wars movies. We’ve got a Premium Format Death Trooper Specialist statue from the upcoming Rogue One movie, a life-size classic Star Wars R2-D2 statue, and a statue of Jango Fett, from Star Wars Episode II: Attack of the Clones. And since we all know that size actually does matter, let’s start with R2-D2.

What Special Features Will the Statue Have?

This statue will be incredibly detailed, and in addition to a movie accurate sculpt, will also have movie accurate lights and sounds that can be triggered by a remote control. In addition, the remote can be stashed inside a hidden compartment in R2, next to the speaker. And if that’s not cool enough, R2-D2’s dome can be rotated from left to right. Finally, R2 will come on a Millenium Falcon themed-base.

Is This Statue a Limited Edition?

Yes, though Sidehsow hasn’t revealed how many pieces it will be limited to.

OK. Here’s the painful part. R2-D2 will set you back $7450.00. Ouch. You can order him on Sideshow’s website, and they do provide payment plans. You know, if you’ve got the dough, the space-greenbacks, the credits… 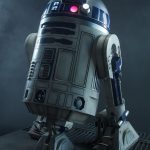 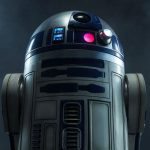 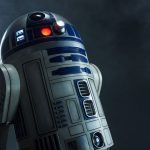 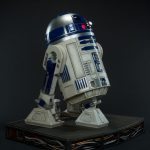 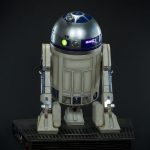 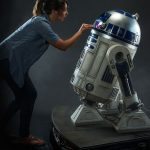 OK, so it’s an established fact that despite old Ben Kenobi’s asserstion that Stormtroopers are accurate, they generally can’t hit squat. But maybe that’s not the case with Rogue One’s Death Trooper Specialist. At least, with a name like that, you’d hope so.

On top of the detailed body suit / armor, the statue features a fabric armor pauldron on the right shoulder and three-cell pouch located on the left. In addition, it has a fabric tactical chest rig that holds, among other items, sculpted grenades anda thermal detonator. The figure comes armed with a blaster and a side-arm blaster pistol.

In addition, if you order the exlusive version of the statue from Sideshow, you’ll get an exclusive, interchangeable long-range blaster rifle for the statue.

Both the regular edition and exclusive edition of the statue can be pre-ordered on Sideshow’s website. Both editions of the statue will be $549.99. Sideshow has yet to reveal how many pieces the limited edition will feature.

This one’s got a bit of a wait, with shipping currently expected to start sometime between December 2017 – February 2018. 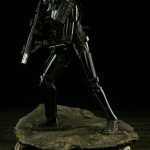 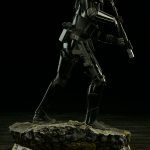 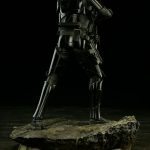 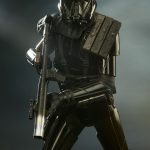 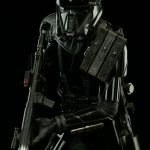 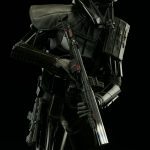 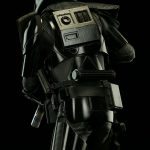 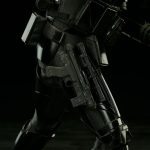 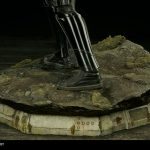 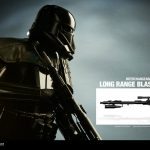 And finally, Jango Fett, the father to everyone’s most favorite original trilogy side character, Boba Fett.

The statue comes outfitted with Jango’s Z-6 jetpack, while Jango himself wields a pair of WESTAR-34 blasters. The Sideshow exclusive version of the statue comes with an alterate and interchangeable JT-12 jetpack to allow for more posing options.

The Premium Format Jango Fett is expected to ship sometime between July and September 2017. 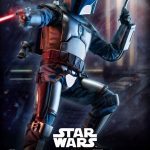 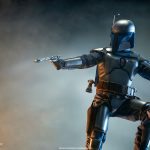 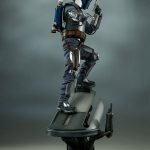 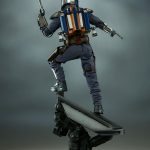 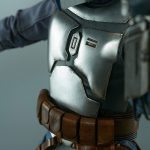 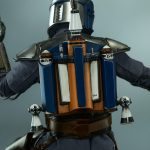 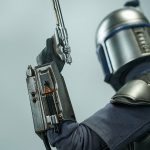 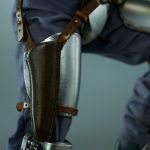 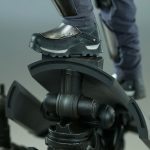 So, there you have it. While definitely not cheap, they are Sideshow, which means high quality. So if you’ve made an hosnest living as a smuggler, and have some extra credits to spare, these new Star Wars statues from Sideshow might be just the ones you’re looking for.