It is nice to see that Sideshow is getting into the Batman line after seeing so many Joker figures from Hot Toys. The Hot Toys Joker Sixth Scale figures have been focused more on the Heath Ledger version of the Joker and the Jack Nicholson Joker (1989 Version) though. They haven’t touched the comic version of the Joker, which it seems that Sideshow thinks that they can conquer. The figure looks great. I am contemplating picking him up, though I haven’t quite decided yet. I’m addicted to Hot Toys, but also to the Joker… Hmmm. 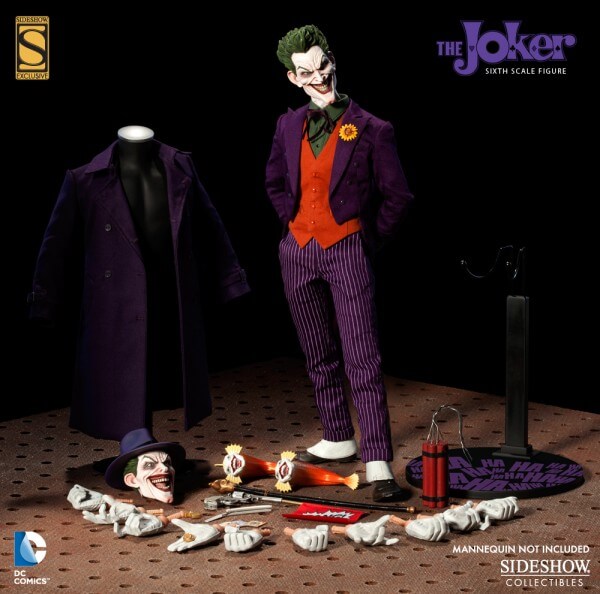 There are 2 versions of the Joker available, Exclusive and Regular. They will both include: 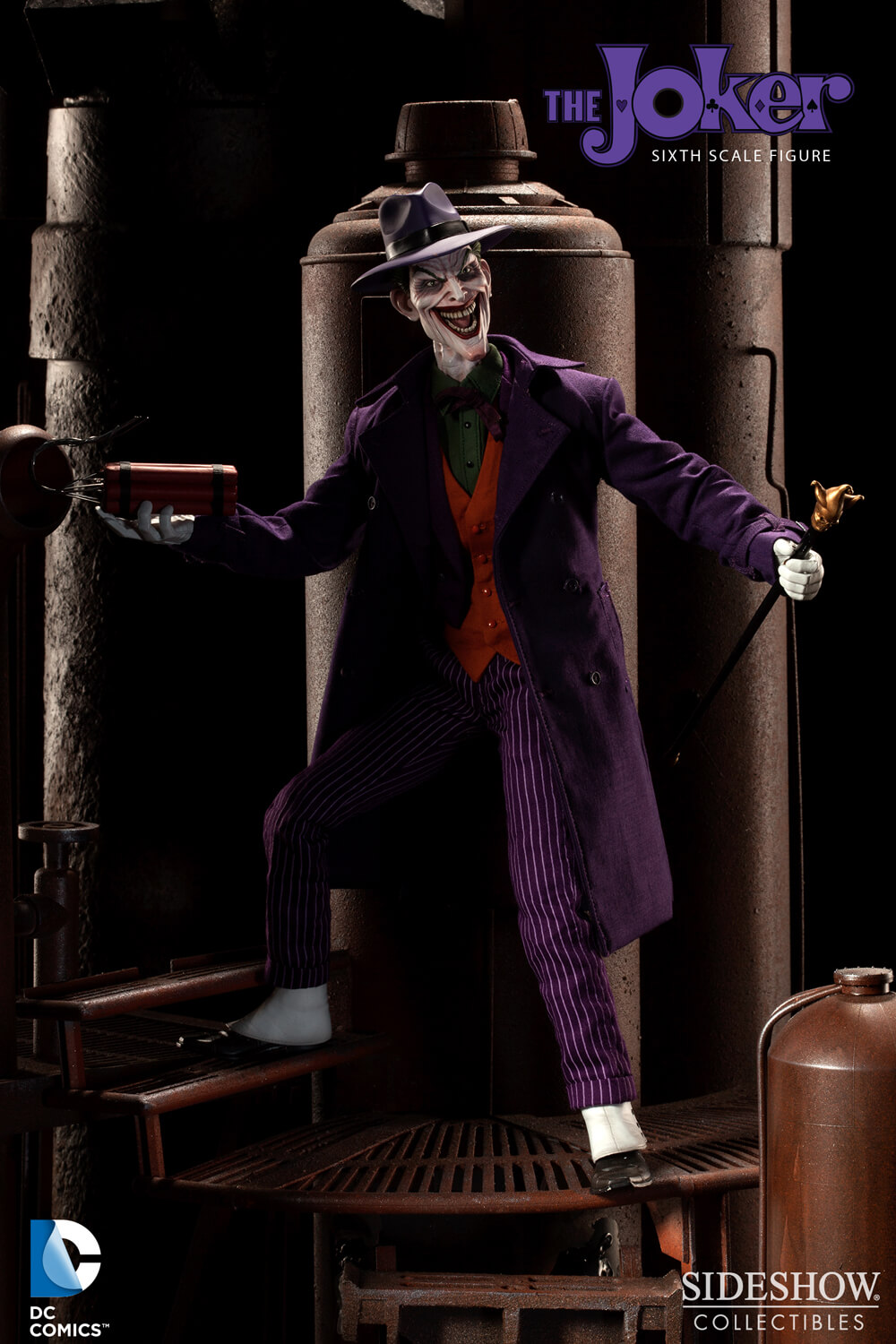 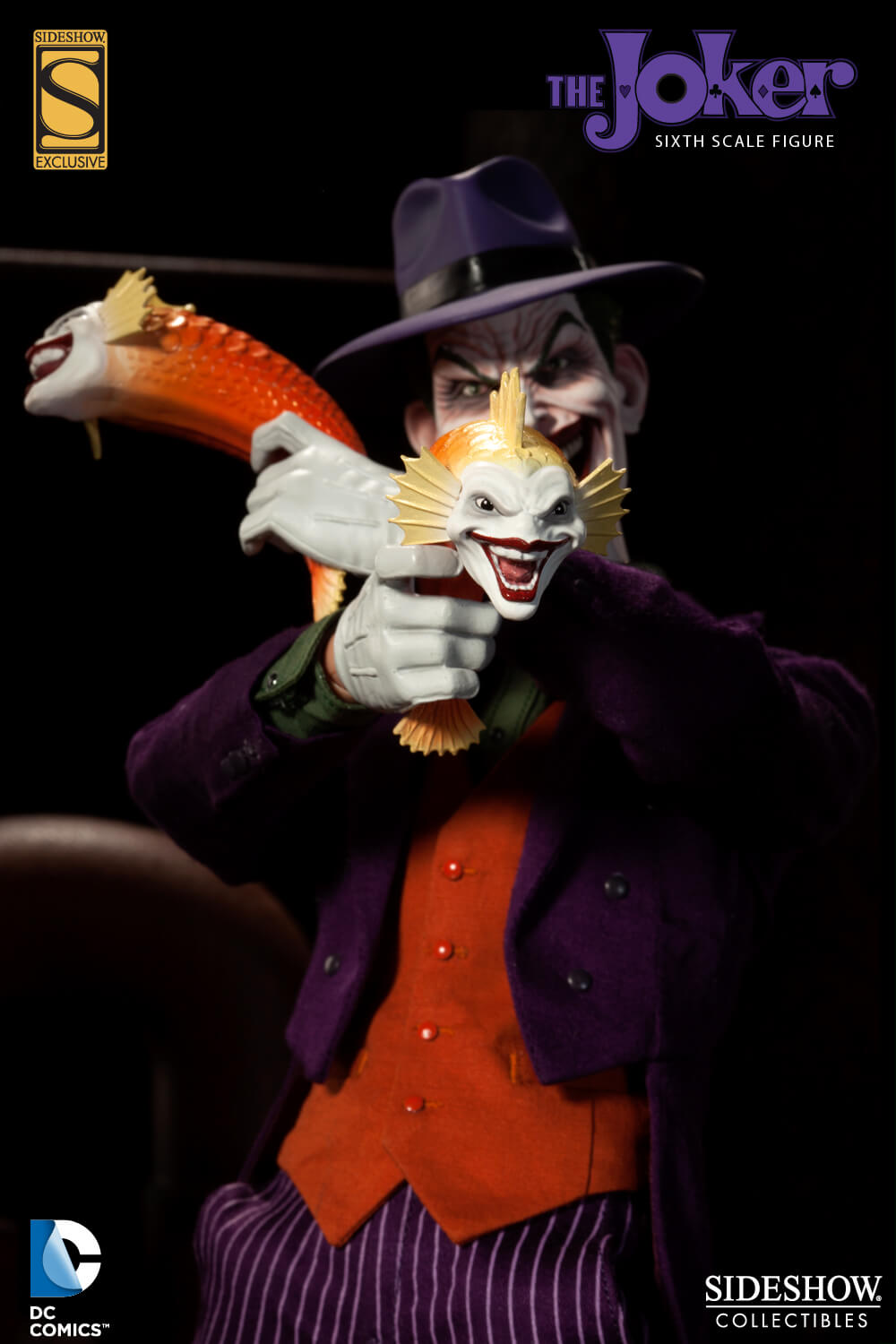