Sideshow Collectibles has created a new Iron Man Statue that captures the technological marvel (no pun intended… okay, maybe a little bit intended) that is Tony Stark’s SUPAH SUIT. Posed in a dynamic lunge, Iron Man is preparing to fire his hand cannons, which, as well as his chest plate, light up! Naturally, this being Sideshow, the statue looks incredible, and it comes with a classic Iron Man interchangeable face plate as a Sideshow Exclusive. JARVIS, give me the deets!

How big is the Iron Man Statue?

Sideshow created a monster-sized 1/5 scale Iron Man that comes to about 16 inches tall on a 1 foot by 1 foot base.

The statue embraces the bright red and gold colors we’ve grown to love, but adds touches of silver in the joints, just like in the movies! I never realized how silly it is that Tony Stark sculpted his own power suit to be absolutely ripped, but the suit is absolutely freakin’ ripped! There’s a lot of realistic (like, for the Rock) muscle definition in the thighs and arms, as well as paneled abs to allow for maximum range of movement! 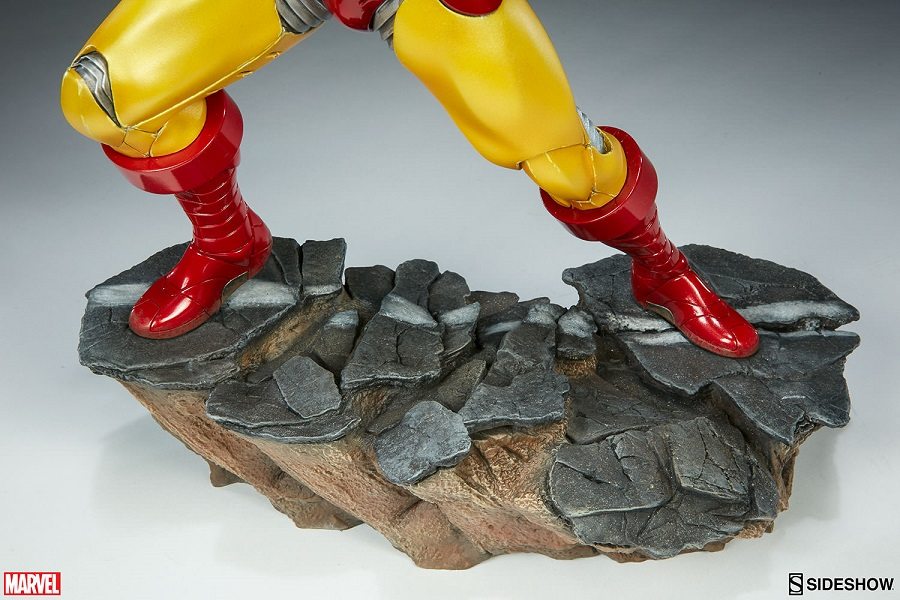 Iron Man, smash! (Wait, that’s the wrong Avenger…? My life is a liiiieeee)

The Iron Man Statue has LEDs in his palms and chest to give him the badass laser-blasting appearance we expect from Sideshow Collectibles, and he’s perched on a base that looks like a chunk of unearthed asphalt destroyed in some epic battle.

Give me some specifics on the Sideshow Collectibles Exclusive face plate, JARVIS:

Instead of the sleek, tight fitting helmet featured in the modern renditions, Sideshow included a little blast to the past with a point, angular interchangeable face plate that is a direct throwback to the comic days, which you can get by ordering the statue from Sideshow directly.

Speaking of ordering, how much will the statue cost?

As of a couple days ago, you can pre-order the exclusive Iron Man Statue from Sideshow for $360, and it’s expected to ship late summer 2017. (If you want, you can also pre-order a regular version through Sideshow, but it’s the same price, and you’d miss out on the swap-out classic portrait. Go exclusive if you can.)

Admire the majesty that is Tony Stark below: 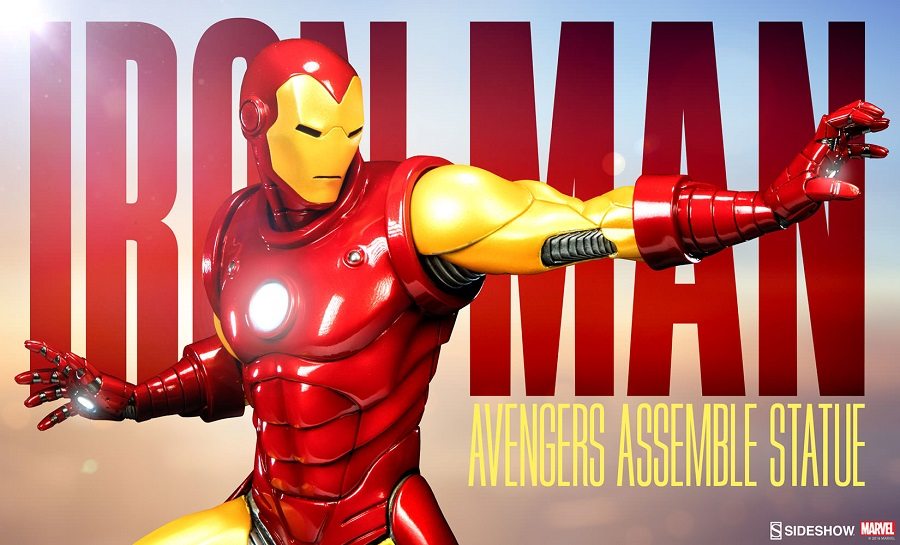 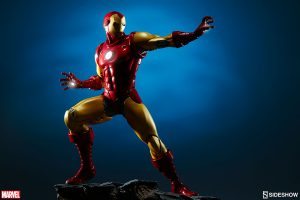 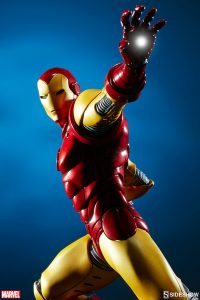 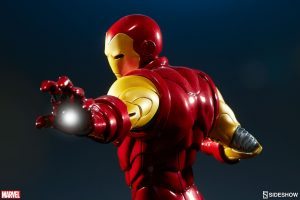 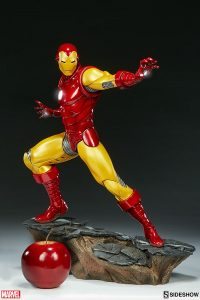 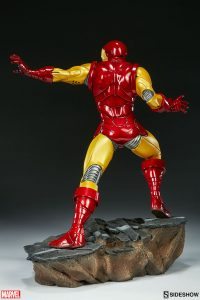 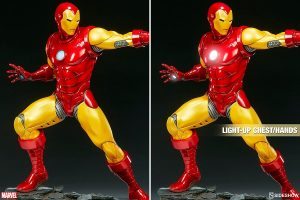 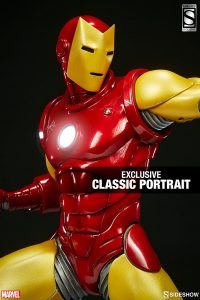