If you’re looking to build up your action figure army with some cool, quality figures you should consider the upcoming S.H. Figuarts ROTS Clone Trooper and the Geonosis Battle Droid. After all, you’re going to need some grunts / cannon fodder for your army. Not everyone can be a Captain Phasma or a Samurai Sandtrooper. 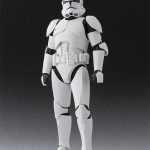 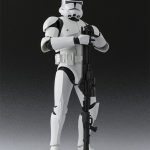 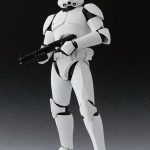 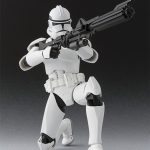 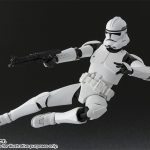 First up, we have the Phase 2 Clone Trooper, as see in Star Wars Episode 3: Revenge of the Sith. These clone troopers, though still definitely distinct, featured a new design that brought them closer to the Stormtroopers of the original Star Wars trilogy. According to S.H. Figuarts, the figures will be about 6 inches (15 cm) tall, and will be made from high-quality PVC and ABS plastic. The figure will feature full articulation. Accessories wise, the Phase 2 Clone Trooper will come with three right and three left interchangeable hands, a blaster pistol, and a rifle. 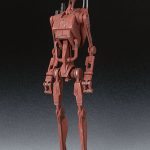 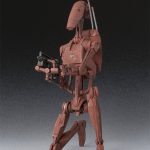 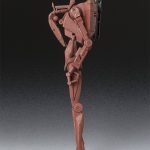 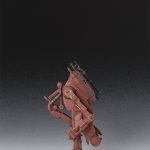 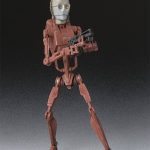 Next, we have the Geonosis Battle Droid figure. This figure is based off the appearance of the Battle Droids during the Battle of Geonosis in Star Wars Episode 2: Attack of the Clones. These figures will be slightly taller than the phase 2 Clone Troopers, checking in at 6.1 inches (15.5 cm), and will also be made from high-quality ABS and PVC plastic. The figure will feature full articulation. In terms of accessories, the figure will feature replacement antenna parts, a blaster, and an alternate C-3P0 head (!).