SDToys Will Be Releasing The Warriors Pixel Figures 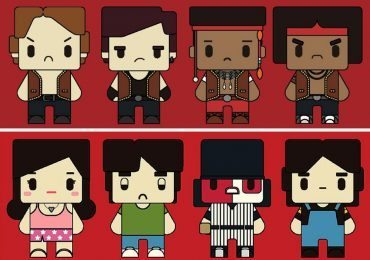 SDToys has just announced its latest addition to their Pixel Figures lineup. This time, we’ll be getting The Warriors Pixel Figures, that is figures based on Walter Hill’s cult classic movie The Warriors. If you’re unfamiliar with the movie, it was released in 1979, and presented a story dealing with roving street gangs in New York. Although the critical reception was poor at first, it soon garnered a cult following and has since been re-assessed much more favorably, especially in terms of the movie’s look, the variety of crazy styles present, and the cultural impact.

As with all other SDToys Pixel Figures, these characters will also be made in the 8-bit blocky, pixelated style. Each figure will be 3 inches tall and made out of high-quality hard plastic. The figure’s design is really cool, and the figures are sure to be great additions to any collection. For now, 8 figures will be released, purchasable as single figures, or in sets of 4. The first set will feature Ajax, Swan, Cochise and Snow, while the second set will include Mercy, and the leaders of the Baseball Furies, Orphans, and Punk gangs. 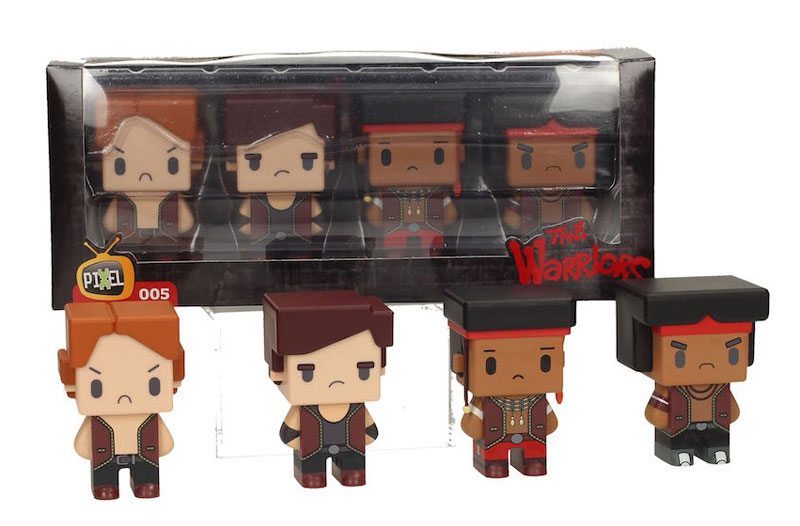 Each set will cost $35, while single figures will cost $10 per figure. In any case, we recommend buying all 8. The figures are not purchasable quite yet, and they will be made available for pre-order worldwide in July’s PREVIEWS catalog. Diamond will be handling distribution of SDToys products in the United States. No further characters have been announced or mentioned, so let’s hope the series proves to be a success so we can see many more figures both from the Warriors, and other great cult movies. 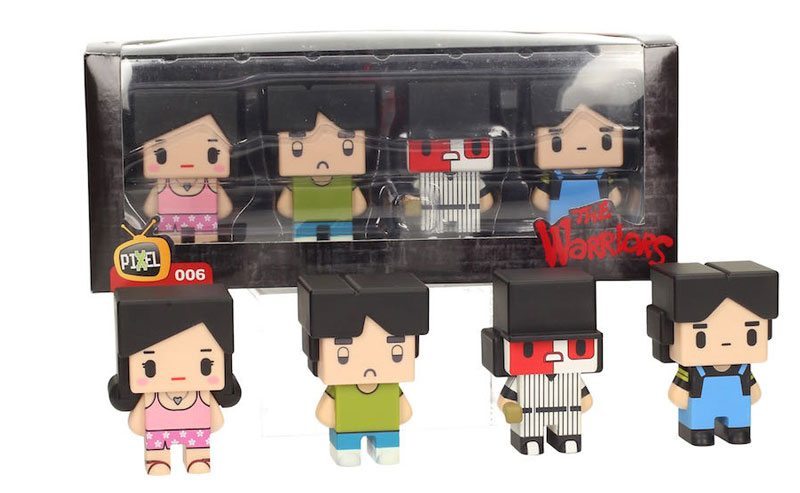 In the meantime, if you’re interested in the look of the Pixel figures, check out the ones that are currently available for the Big Bang Theory.

SD Toys Are Bringing the Blues … Brothers, That Is!