If you're a fan of the series, and the Animated Series look in general, these figures are absolutely worth picking up, especially Bullock and Clayface.

Overall Score 3.7 Overall Worth It!
Your Rating Readers Rating
0 votes
0

These three Batman: Animated Series action figures are overall worth adding to your collection.

NOTE: We got sent these figures for review purposes by DC Entertainment.

I am pretty excited to get into these figures again. After reviewing Penguin, Riddler, Batgirl and Nightwing a while back, I am happy to see that we are getting more of these series in.

(Be sure to check out the review for the New Batman Adventures figures as well!)

So starting off with packaging, I hate clam shells. I understand that they are very popular but I prefer boxes like the box that Clayface is in. I like to be able to put the figure back.

My big problem with all the boxes is that the backs are a basic graphic and legal crap. Where are my pictures?!? Other than that there was some light damage from the shipping. Overall, 3 out of 5.

Talia’s paint is pretty basic. Her face looks amazing. No spill from any one spot and the makeup she is wearing looks great. Otherwise, she only has two colors so not much to see. 3.5 out of 5

Bullock’s paint was the best of the three. I love his face paint and there is no spilling at all. I have no complaints at all which is refreshing, to say the least. 4 out of 5

It is hard to really talk about Clayface’s paint considering that he is mostly a single color. His face looks great though and I absolutely love the color they got for his body. 3.5 out of 5

Talia’s sculpt was great. I liked that her hair was a soft plastic and that there was a small dimple to show her collar bone. One thing I was not so fond of is the simplicity. I wish the holster would fit her gun and the belt was a little plain. Other than that, her sculpt was pretty average. 3 out of 5

I LOVE that they made his jacket out of soft plastic. I also love the hands. It has that 90’s look I freakin love. His face looks great. I love the smirk they sculpted. I really feel like they nailed his face. 4 out of 5

Clayface has a very basic sculpt but they did an amazing job. I feel like they may have tried to make the arms and legs a little more dry than the center of the body which is so cool! My favorite part of his sculpt is a tie between his face and his feet. I know that sounds weird but His feet look oddly awesome! 4 out of 5

Bullock’s head can rotate 360 degrees as well as both tilt down and swivel side to side. You can rotate his shoulders 360 degrees and the move out to shoulder height. His elbow joints can rotate 360 degrees and bend inward just short of 90 degrees. His wrists can tilt in and out but be careful. His sleeves tend to make it difficult to do without removing the hands altogether. Hos torso can rotate 360 degrees but I do not suggest it. His hard plastic shirt starts to bend and it could make a line appear. His legs can move forward and back 45 degrees and he can do the splits. . . who would have thought? His knees in the other hand can only move back. His feet have a very slight rotation but not much due ti his pant legs. 4 out of 5

A big let down here. She has closed fists, open hands, and gun hands. Her only gun is plain black and early sculpted. To top that off her gun hand barely holds the gun. I was very disappointed. 2 out of 5

Bullock had the most accessories out of all of them. He has a sweet shotgun, two donuts, handcuffs, and a revolver. HE also has two open hands and closed fists. 4.5 out of 5

Clayface had the best accessories. He has an alternate face, an ax hand, a hook hand, and a mace hand. It may be called a Flail but who cares? It looks awesome! 4.5 out of 5

Overall, I am pretty happy with the figures. Talia was pretty boring but Bullock and Clayface more than make up for it. Across the board, I am giving these a 4 out of 5. 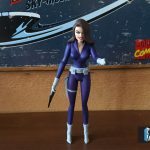 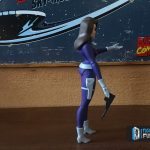 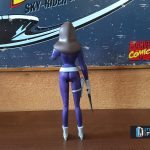 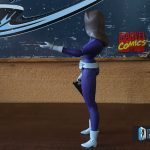 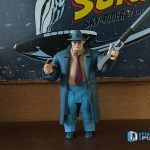 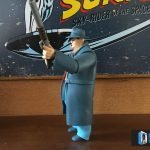 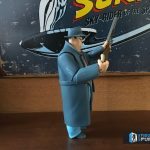 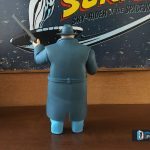 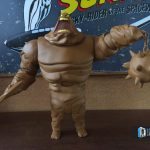 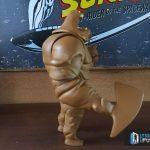 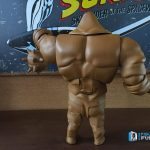 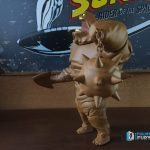