Growing up, my family got an NES system right around the time when it first came out. And one of my fondest memories was playing The Legend of Zelda and the Zelda II: The Adventure of Link. And then came the epic and amazing The Legend of Zelda: A Link to the Past on Super Nintendo. It’s basically one of the greatest games for the Super Nintendo and a perennial contender for inclusion on any “Greatest Games” lists. I continued playing Zelda games up through the Gamecube’s The Legend of Zelda: The Wind Waker, and since then, I haven’t had the time to keep playing. But I definitely enjoyed my time sailing around in Wind Waker on the King of Red Lions, so First 4 Figures’ exclusive Link on King of Red Lions statue brings back a strong dose of nostalgia.

You may be familiar with the figure, and if you’ve been considering picking one up, but have been on the fence about it, you should make your decision soon. The pre-order period for the exclusive Link on King of Red Lions statue ends tomorrow, August 30th, and according to First 4 Figures, there’s no guarantee that you can secure an exclusive version of the figure after the pre-order period closes.

How Tall is the Statue?

How Much Does the Statue Cost, and Where Can You Order One?

The exclusive version of the statue is being offered for $479.99, and can be pre-ordered on the First 4 Figures website. The regular version should start showing up for pre-order at other retailers soon.

When Will the Statue Be Shipping?

The statue is currently expected to ship during Q2 2017.

How Many Exclusive Statues are Being Made?

First 4 will be revealing the edition size for the statue after the pre-order period for the exclusive version ends.

What Does the Exclusive Version of the Statue Come With?

For the exclusive version of the statue, First 4 has added “bright LEDs which pulse rhythmically, giving the impression of flowing water.”

Each of the exclusive statues will come in deluxe, full-color packaging, have a hand-numbered base, and come with a certificate of authenticity. In addition, if you previously purchased First 4’s Wind Waker statue of Ganondorf, and authenticate it on their website, you can receive the same number from your Ganondorf statue for your Link on King of Red Lions statue. 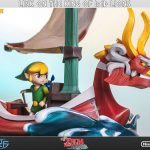 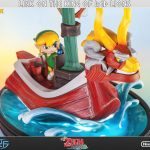 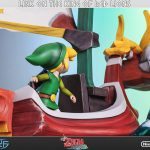 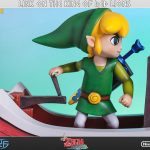 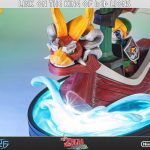 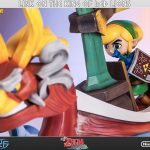 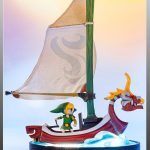 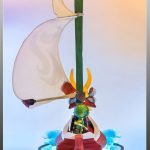 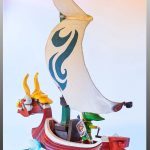 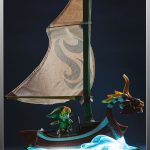 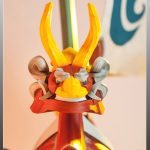 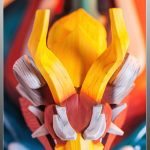