Squall and Sephiroth Figures on the Way From Play Arts Kai

I spent a lot of time invested in the Final Fantasy games growing up. Final Fantasy VI is still my favorite, but Final Fantasy VII was pretty awesome, and VIII was also enjoyable. And while I’m still holding out hope that someday we’ll get some sweet FFVI figures, I suppose the Play Arts Kai Squall Leonheart action figure and Play Arts Kai Sephiroth action figure will do. (OK, they’re pretty sweet. Still, I would love an Ultros action figure, with a Terra opera variant and, of course, Locke and Setzer. Of course, then I’d need to build an opera house set, and get an airship…)

The Squall figure will actually be based on his appearance on Dissidia Final Fantasy (a PSP based RPG / fighting game) rather than FFVIII.  The figure will be roughly 10 inches (25.4 cm) tall, and will come with his gunblade. In addition, he’ll come with interchangeable hands and a character display base.

Sephiroth will also not be sporting an appearance based on the game he originated in. Instead, he’ll look as he did in the animated movie Final Fantasy VII: Advent Children. Sephiroth will, of course, come with his iconic long bladed sword, one angel wing, some interchangeable hands, and a display base for the figure.

The Play Arts Kai Squall Leonhart action figure is up for pre-order, both at the official Square Enix store, and over on Amazon. The figure is expected to ship on January 31st, 2017. 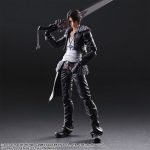 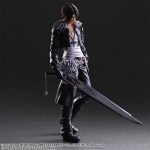 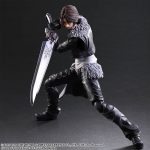 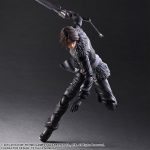 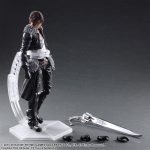 The Play Arts Kai Sephiroth figure, on the other hand, hasn’t been put up for pre-order. In addition, Square hasn’t released information on the figure’s expected availability. However, the figure is expected to be priced at around $145, and pre-order information should be available soon, so be sure to check back. 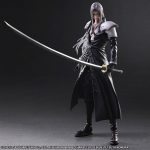 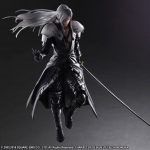 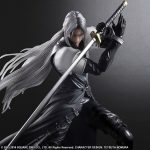 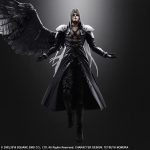 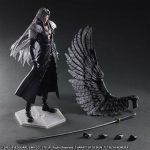 UPDATE: Well, that didn’t take long. Sephiroth is now up for pre-order on Entertainment Earth, for $149.99, and has an expected shipping date of January 2017.