This Square Enix Play Arts Kai Deadpool action figure is definitely awesome because of many reasons, one of which being that they included 3 head variants for a masked figure. That is hilarious to me, but soooo Deadpool. Square Enix is also providing superior poseability with this mecha-variant on the cinematic Deadpool costume.

Okay, back to the interchangeable heads:

On Square Enix’s website, they mention the “three interchangeable head pieces featuring different facial expressions” which again, is just cracking me up. I mean, they’re not wrong, but by different facial expressions, they mean: one-eyebrow-raised face, wide-eye face, and angry-eyebrow face. I love it. Now that we’ve gotten that out of the way, let’s check out the rest of the figure!

How tall is this Ryan Reynolds Deadpool action figure?

By mecha-variant, I mean Square Enix is bringing their love of plate-armor to Deadpool’s traditionally spandex suit, and so, instead of a skin-tight red and black leotard, they’ve transformed his costume into an almost Gears of War style armor. Deadpool is rocking some metallic looking chest armor, gloves, and wrist guards, weird samurai looking robot shoes, and a lot of armor all over his back and legs. It’s very cool, sort of like how in Batman v Superman (sorry to bring it up…), Batman has his normal costume and then he has his Kryptonian-smashing armor. This is like Deadpool’s “sh*t is getting real costume.”

The designers made sure do a film-accurate paint job over the highly badass armor, and he’s also decked out with throwing knives, holsters, clips, mags, and what looks like more throwing knives. I believe you can never have enough knives, so I can get down with this variant.

Tell me about all them accessories!

Naturally, Deadpool will come with his two trusty katanas, altered to match the armor/samurai vibe of this variant, as well as 3 removable throwing knives in various sizes, a very wicked looking knife, and a big gun that is mostly black with crimson detailing to match the costume and other accessories.

In addition to the weapons, Deadpool also comes with 13, that’s right, 13 individual interchangeable hands. They’re not really designed as sets, so it’s a “use your best judgement” mix ‘n’ match system. He also comes with a clear plastic hexagonal stand, and every weapon comes with a sheath or holster (affixed to the figure itself).

It looks as though the action figure will have over 20 points of articulation, which is a good deal less than I anticipated. However, based on the pictures, I can tell we’re going to have at least double-jointed elbows and knees, as well as ab crunch (hopefully!). The hands seem to be mounted on ball joints, so we’ll like get some rotation and possibly pivot there as well.

Can I pre-order the Merc with a Mouth now? Please?

Why yes, yes you can! You can pre-order the Play Arts Kai variant Deadpool action figure from the Square Enix online store for $149.99, and it’s expected to start shipping around May 2017.

Until then, feast your eyes on the pure, unadulterated sexy that is Deadpool: 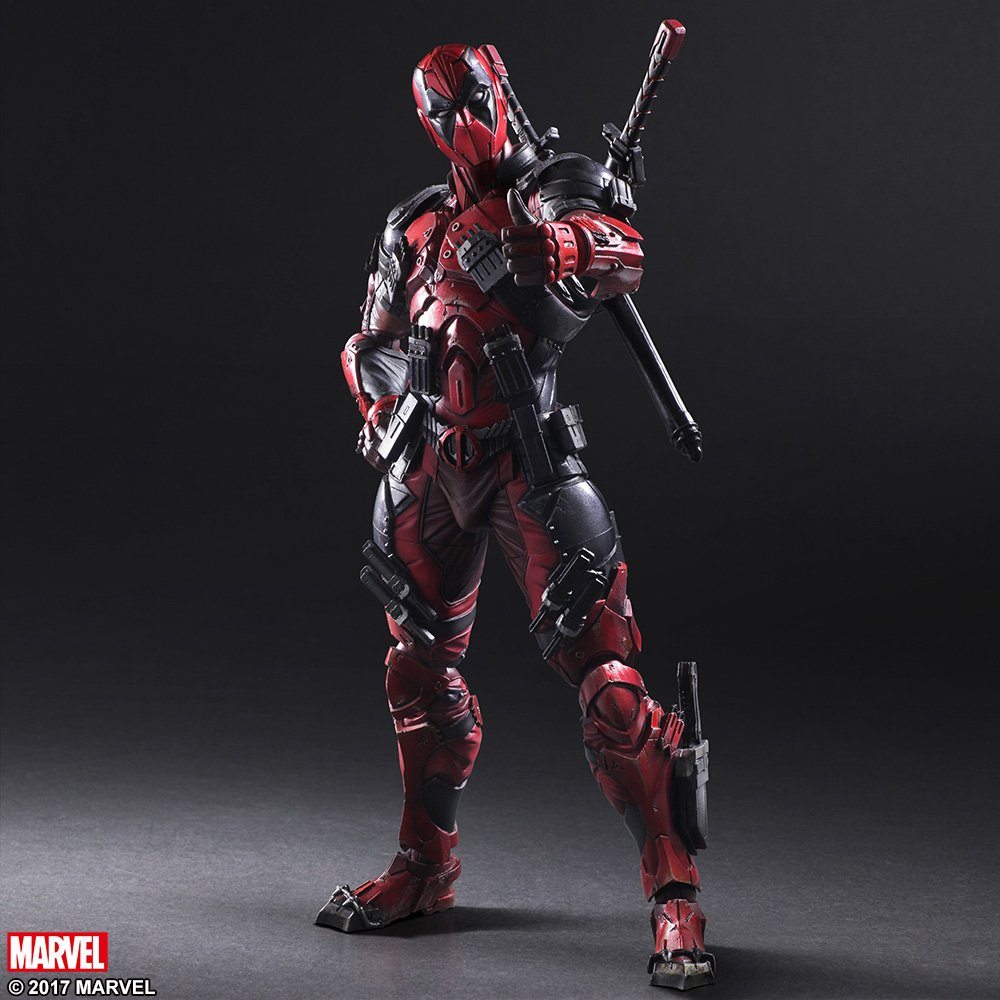 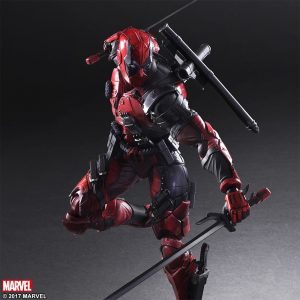 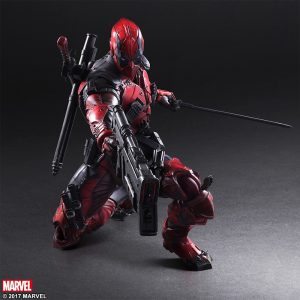 Give me the chimichanga and no one gets hurt. 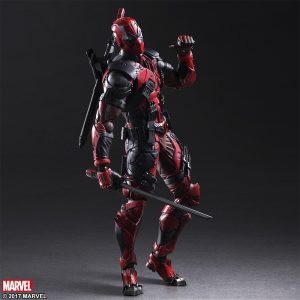 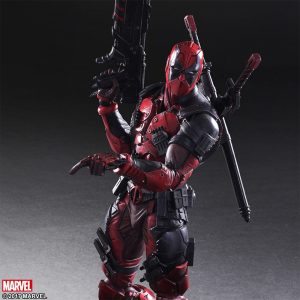 All dinosaurs feared the T-Rex. 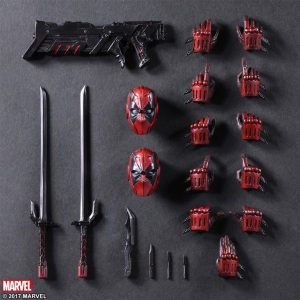