Announcement from our friends at Funko Pop Vinyl

The team of the DC television series “DC’s Legends of Tomorrow” are arriving  just in time for the show’s second season! Choose from The Atom, Hawkman, White Canary, and Firestorm.

Collect them this fall!

Some of our writers for this site shy away from covering Pop Vinyl collectables and when I inquired about their hesitation they just look at the Pop figures and make a face.

I kinda get it, they are “cutesee” little guys and gals, kinda reminds me of the big hair trolls or Beanie Babies. Whatever your feeling is on the legitimacy of collecting Pop Vinyl figures there is no denying that people love em! Estimates put the lovable collectables in the $28 million dollar range last year (according to Rolling Stone) and that’s nothing to ignore.   At the very least if you are a serious collector you should be familiar with the series and its origin story.

I won’t bore you with the company’s backstory, I’ll try to stick just to the action figures: at the 2010 San Diego Comic Con the prototype Funko Force 2.0 was debuted, Green Lantern, Batgirl, and a couple Batman’s. Apparently, the reception by the fans was disappointing except in one particular category: women… specifically, people who had not collected before.

This was enough proof-of-life to continue down the rabbit hole and Funko rolled more of these collectables out into the world. They targeted big box stores and retailers pricing these at $9.99 and see their product as a sort of gateway drug to collecting.

I have to say I think the move was genius and although these loveable collectables do come-and-go, I think having an easy entry point into collecting keeps fresh blood flowing into the collecting community and ultimately benefits the Action Figure world.   Keep up the good work Funko and to all you “hard core” collectors out there who turn your nose up at Pop Vinyl, suck it, collecting is a highly personal and rewarding thing, and to each his own. (Also, we’re adding Batgirl into the mix as well, as they’re releasing a new Pop figure for her as well at the same time as the Legends of Tomorrow Pops. Because everyone needs more Batgirl, right?) 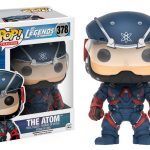 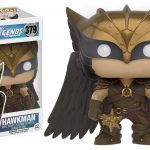 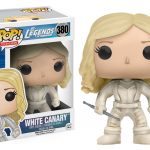 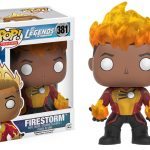 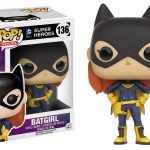 Details on the DC Legends of Tomorrow Pop Figures

Where Can I Order the DC Legends of Tomorrow Pop Figures?

If you’re interested in picking up some of these DC Legends of Tomorrow pop figures, head over to Entertainment Earth:

You can also pick up the Batgirl Pop there as well.

When will the DC Legends of Tomorrow Pop Figures be Released?

The figures are currently scheduled for released in October 2016.

How Big are the DC Legends of Tomorrow Pop Figures?