The Future is not set.

A few nights ago NECA revealed a new image of the Ultimate John Connor figure from Terminator 2. This figure looks absolutely fantastic and the motorcycle/dirtbike looks incredible.

The likeness to Edward Furlong is great and they got his look down pat from the haircut to the clothing. The only thing that’s missing is the Public Enemy logo on his t-shirt, though I can imagine that being a licensing nightmare.

We can see that John Connor will come with a backpack, as well as the awesome looking motorbike. It’s great seeing it close up as it looks very well detailed and I love the little Guns N’ Roses reference that’s a lovely little touch.

Like I stated in my previous article on this figure it’s an absolute must-have for fans of NECA Terminator fans. As this is something I wouldn’t have expected to be released in a million years. 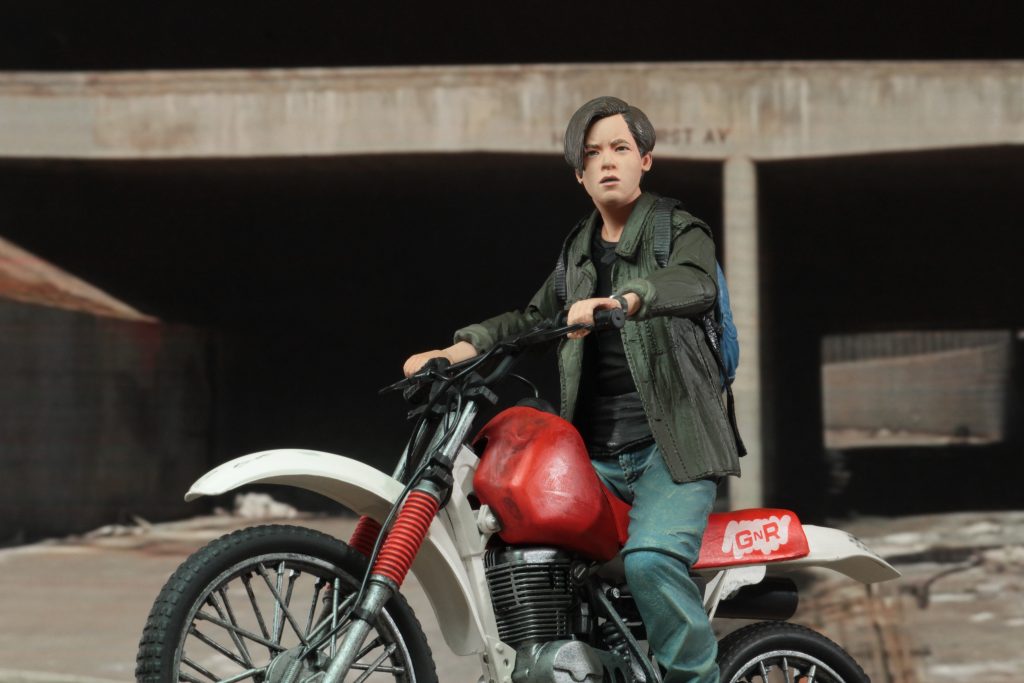