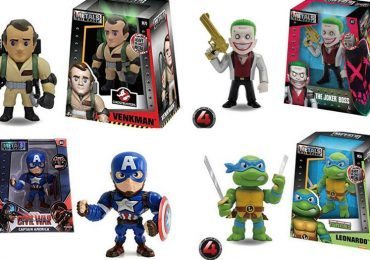 With All The New Jada Toys Die-Cast 4 Inch Figures Available, There’s Something For Everyone

A myriad of new Jada Toys Die-cast 4 inch figures have just gone up for pre-order. Their latest wave of figures shows that they’re dipping into many of the most popular toy licenses with figures encompassing DC Comics, Marvel, Ghostbusters (the original) and the Teenage Mutant Ninja Turtles. All the figures will be made in Jada’s recognizable style and metal die-cast and be 4 inches in size.

When it comes to DC, they’re releasing 7 figures based on the upcoming Suicide Squad movie, including Killer Croc, Harley Quinn, Deadshot, and 2 figures of Joker, one clothed and one shirtless. Joker and Harley also come in a two-pack set featuring a unique design as well.

All 4 of the original Ghostbusters are being made, as well as Slimer in a two-pack with Peter Venkman, and the Stay Puft Marshmallow Man, who will be made 6 inches in size.

For the Ninja Turtles, all 4 are being made, while Leo and Raph will be offered as a two pack, as well as Donnie and Mikey. You can also purchase a special 6 inch Leonardo figure depicting him wearing samurai armor.  Here are pics of some of the available figures: 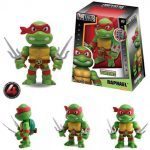 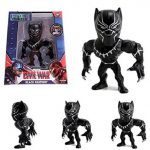 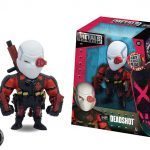 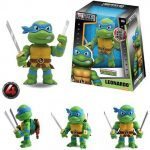 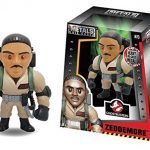 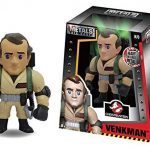 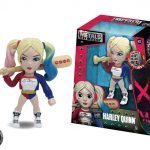 From the Marvel franchise, we will see almost all the characters from Civil War, including Iron Man, Cap, Bucky, Black Panther, Black Widow, Ant-Man, and War Machine, with the last two still not having their final designs revealed. You will also be able to purchase an Avengers themed Hulk, Age of Ultron Thor, and Iron Man Mark I as seen in the first Iron Man movie. Cap and Tony can also be purchased in a two-pack, or as 6-inch figures.

All of the single Jada Toys Die-cast 4 inch figures will cost around $11.99 per figure, while the two-packs cost $21.99 per pack, which will be the same price for with the 6-inch figures. They all look pretty great, and they’re expected to start shipping later this month, so be sure to check them out.