UPDATE: Entertainment Earth is carrying this figure, for $91.99.  Worth it!

Tamashii Nations and Marvel comics have partnered up in creating a truly incredible action figure. They’ve been teasing a Manga Realization Spider-Man for quite a while, and now finally the details have been revealed.

This great reinvention of Spider-Man will be 7 inches tall (~17 cm) and be fully articulate. Considering that it is a Japanese influenced Manga Realization of the character, Peter Parker will be displayed wearing a Spider-Manish Samurai Armor that will feature certain soft pieces to make him even more poseable and moveable, which makes his articulation even greater. When it comes to interchangeable items, Spider-Man will come with swappable hands consisting of fists, weapon holding hands, and similar. When it comes to weapons, Spidey will come with a Japanese Sword Set, as well as with a chain and a hook that is supposed to function as his webbing.

The pre-order period for this great collectible begins on April 28th with the price being approximately $86. It is approximate because the original price is in Yen, so the price may vary depending on numerous factors. The expected release date is sometime in August, this year. It will be purchasable on Tamashii’s web store. The problem with that is that it is in Japanese, so you might not have a very fun time on it unless you know how to speak Japanese, or have someone who knows.

It is currently unknown whether Tamashii has any more ideas regarding other Marvel Manga Realization characters, but it would definitely be amazing creating various scenarios and Samurai battles within the Marvel Universe. Imagine an entire Civil War being set in feudal Japan, or any other scenario that might come to your mind. For now, we must suffice with Spider-Man and the knowledge that this amazing new series has been created. 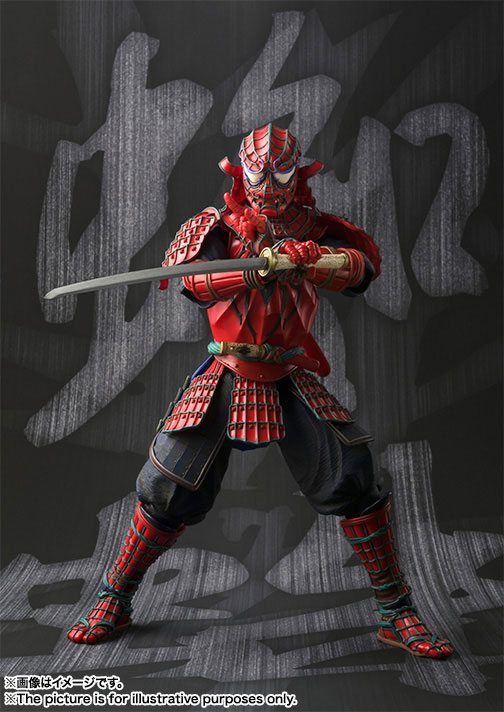 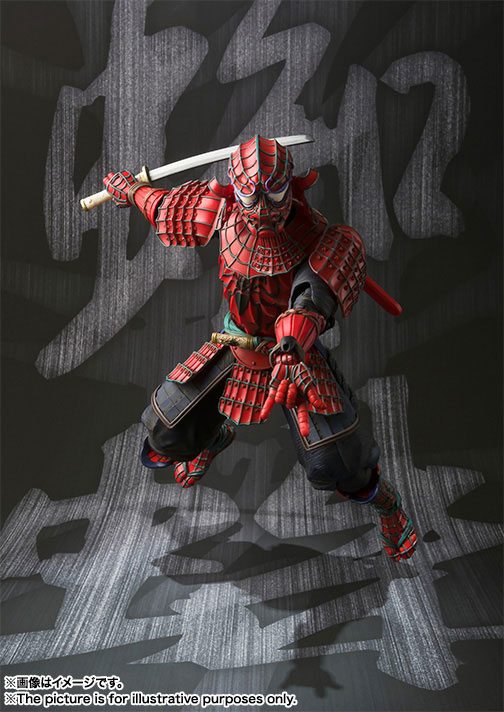