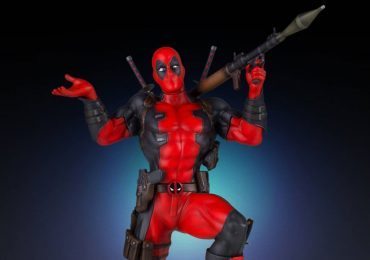 Gentle Giant Ltd. and Marvel Comics have partnered up in making a new statue of the merc with a mouth, Deadpool. Company officials stated that their Collector’s Gallery statue line has been met with high critical praise, and they decided to make the Gentle Giant Deadpool statue  as a way of saying thanks to the fans. It certainly doesn’t hurt that Deadpool’s popularity skyrocketed following the release of his massive hit movie.

The Gentle Giant Deadpool statue will be made in 1/8 scale, and feature an amazing digital sculpt and hand painted finish. Deadpool is standing with one foot on a couple of ammunition boxes, holding an RPG on his left shoulder while his right hand is lifted in the air in a shrug. Although his face is covered with a mask, the figure would surely be wearing a smirk. From top to bottom, he is loaded with highly detailed weapons such as guns, the aforementioned RPG, his signature katanas on his back, grenades, and some weird sort of retro space-age ray gun sitting next to his foot on the boxes. Overall, the quality looks to be top notch and this is definitely what a Deadpool collectible should be. 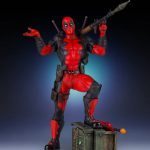 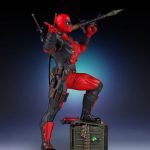 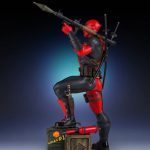 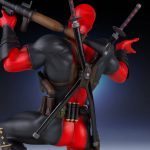 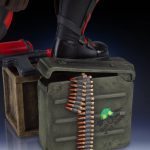 The figure is currently up for pre-order on Gentle Giant’s webstore for $160, and you can also find the Gentle Giant Deadpool statue on Entertainment Earth for a similarly great price. The edition size for this statue is currently unknown and the estimated release date is sometime in the first quarter of 2017, so there’s likely still plenty of time left for you to decide whether you want this statue. In any case, you should definitely check it, especially if you’re a Deadpool fan (or if there’s one of those in your life), as this would definitely find a place of honor in any collection.