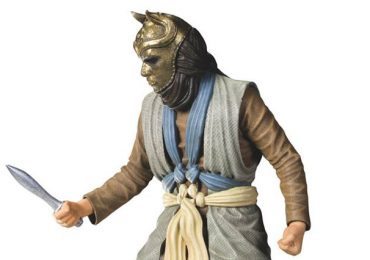 Statue collecting isn’t generally cheap. They tend to be larger, more detailed and more expensive that the traditional (non Hot Toys style sixth scale) action figures. So when Dark Horse started releasing Game of Thrones themed figures, between 7 – 8 inches in height, nicely detailed and painted, and priced at $24.99, we were intrigued. And now, the line of Dark Horse Game of Thrones figures has grown again, with the reveal of the Son of the Harpy, the twenty-fifth figure in the line.

In HBO’s adaptation of the Game of Thrones series, the Sons of the Harpy are a group of underground insurgents made up of former slavers who are fighting against Daenerys Targaryen’s rule over Meereen. They take their name from the harpy, the symbol of the slave masters in the Ghiscari cities of Slaver’s Bay, and conceal their identities under a golden horned mask that resembles the harpy. Much like their anonymous nature in the show, the figure represents the Sons of the Harpy as a whole, and not a specific person or character.

David Scroggy, the head of Dark Horse Product Development, had this to say, “The Dark Horse Game of Thrones figure series, with over twenty-five characters produced so far, has become a collection. We thought the mysterious and dangerous Son of the Harpy was the perfect candidate to join the family.”

The Son of the Harpy joins seven additional figures that have been released this year: Ygritte, Margaery Tyrell, Oberyn Martell, Grey Worm, Varys, The Night King and Stannis Baratheon. And, thanks to strong response from fans, Dark Horse is developing additional characters fro release in the fall and winter of 2016.

The Son of the Harpy is currently slated for release in October of 2016, and will come packaged in a deluxe window box, like the other Dark Horse Game of Thrones figures in the line. You can pre-order the Son of the Harpy figure here for $19.99. 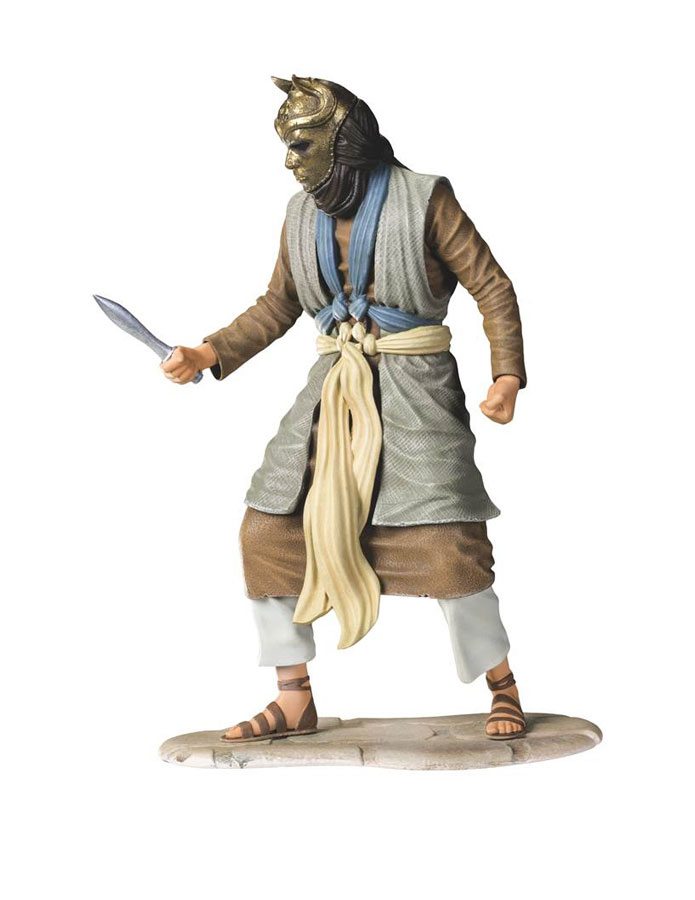