These figures are pretty great, especially for figures on the lower end of the cost scale. Quality paint job, nice sculpt work, and solid accessories.

These three New Batman Adventures action figures are generally great, with a couple of small issues.

NOTE: These figures were provided to us for review purposes by DC Entertainment.

So while Christopher’s taking a look at Bullock, Talia, and Clayface from the classic Batman: Animated Series, I’ll be looking at the New Batman Adventures action figures for Joker, Firefly and the Ant-Fire Suite Batman. So, let’s get into it.

(Don’t forget to check out Christopher’s review of the Batman: Animated Series figures as well!)

The packaging is pretty basic. It’s a clamshell that’s open on three sides, and glued to a cardboard blister backing. They’ve got the New Batman Adventures logo on the front and back, with legalese along the bottom of the front and back, and information for each character along the sides. In shipping, there were some bent corners and a little fraying on the packaging, but nothing too bad.

Pros: Simple packaging, clean. I don’t mind the use of the main logo on the front and back, as it gives the packaging a less cluttered feel.

Cons: I would have preferred packaging that can be opened and closed, giving you the option to put the figure back in packaging, and display it that way as well, versus the clamshell glued to a backing which renders the packaging pretty useless after opening.

I loved the sculpt work they did for Firefly and Joker, but I wasn’t sold on Anti-Fire Suit Batman. So, let’s talk about each of the figures just a little here.

Firefly’s Sculpt – I think they did a fine job on Firefly. His sculpt is solid all around, with some nice detail work on the head, and harness. I also like that this figure seems a little more proportionate than some of the others. My only concern with Firefly’s sculpt is that his belt harness / holster, which is a soft plastic part that’s not part of the overall body sculpt, though it’s attached in a way it can’t be removed. But when you flex the legs, it can pull on the holster and it’s pretty weak, and has already started to tear away. So, be aware of that. Overall, I give this sculpt 4 out of 5.

Anti-Fire Suit Batman’s Sculpt – OK. First, I realize that the sculpt is representative of the look of Batman from the New Adventures series. I’m just not sold on the look. First, his legs are roughly 60 – 65% of the figures height, giving him a much leggier look than usual. Next, he’s got a bulky upper body attached to a much slimmer, long legged lower body which is kind of weird. And finally, the way his legs are designed, they look more like a Cheetah’s, with thighs that taper to huge, pushed back calf muscles, and he’s got these weird underarm muscles that throw off his forearms. For me, it’s just an awkward sculpt. However, it is well constructed, and solid, so I’m going to say 2.5 out of 5.

Joker’s Sculpt – OK, this sculpt is great. Joker’s face is nice and angular, he’s got that perfect Joker grin, his suit is well tailored, love the bowtie and flower, nice hairdo, more reasonable proportions, and just an overall great quality. I’m not sure there’s anything I’d change, so I’m going to say job well done, and give this one a 5 out of 5. Also, his hyenas? Awesome. As accessories, you might not expect much, but they’ve got a great sculpt, with some fun expressive features. I’m giving them a 5 out of 5 as well, given that they a nice amount of detail for accessories.

Overall Sculpt Score: 4 out of 5

The paint for the figures, while not super complex, in uniformly excellent across the board. This is one of the standout aspects of these characters.

Firefly’s Paint – There are five colors used in the paint, though only four are used prominently. He’s got red and black in the eyes, black and blue in the harness and belt, grey for the suit, and a sort of light tan brown / grey for the boots and gloves. And the paint is very contained and crisp all over the character. No real spill I could find, and a solid overall color scheme. Simple, but very well executed. 4 out of 5.

Anti-Fire Suit Batman’s Paint – This figure’s paint is the definition of simplicity. Black and blue, with a tiny amount of white for the eyes. And while it’s very simple, they executed it well, with no noticeable spill except for a tiny spot on the blue bat symbol. I’m giving it 3.5 out of 5.

Joker’s Paint – Once again, Joker wins out in this category. He’s got some good color work, including a head that features 5 colors of paint just by itself, and the paint is very contained and crisp all over. There’s a little bit of black on the flower, a small spot of black under the chin, and some very minor spill from the bowtie, but overall, it’s a fantastic paint job. And the hyenas? Also a great job. They’ve got a surprising amount of effort put into the paint, considering they’re accessories for the Big J, so I love that they really did them well. I’m going to give the crew 4.5 out of 5 on the paint.

For figures in this category and price range, I’m mostly happy with the articulation. A quick note, most of the joints are pretty stiff, so it takes a little work to get them moving. However, I never really felt like they were delicate, and I manhandled them pretty thoroughly in the review. Let’s break it down by figure.

Firefly’s Articulation – I like that most of the joints rotate 360 degrees, though I would have like a little more movement in the head. Arm wise, his shoulder, elbow and wrists all rotate, and he gets almost straight out arm placement, and a little shy of 90 degree flex in his elbows. No ab-crunch, but Firefly does have a full rotation joint in the torso. He’s also got decent split’s capability considering he’s wearing a suit, and good front and rear kick. His knees don’t quite reach ninety degrees of flex, and his ankles has some good up and down articulation, but no side to side. All in all, a solid 4 out of 5.

Anti-Fire Suit Batman’s Articulation – AFS Bats has almost no articulation in his head beyond the 360 degree rotation, and his bulky muscles in the arms limit the shoulder and elbow articulation. All the arm joints have full rotation, though. His torso also features full rotation, with the joint covered by the belt in a nice touch. Splits wise, he falls behind Firefly, though he has almost 180 degree front and back kick. His feet rotate fully just above the cuff, and he does have full ankle rotation. I’m a little disappointed by the limited upper body and head, but he’s got solid leg articulation, so 3.5 out of 5.

Joker’s Articulation – Joker owns. Sorry, but his figure is superior. To start, he’s got full rotation on his head, but also a crazy awesome amount of side to side and up and down articulation for those truly crazy Joker poses. Arm wise, he can get almost straight out arm flex, with full rotation on all the joints, though his elbow flex is a bit shy of 90 degrees. Like the other figures, he has full torso rotation, but unlike the others, he OWNS in the splits department, with a solid notch above 180 degrees. His front kick is solid, but the back kick is pretty limited by his tux. Also, is pants mean that there’s no up and down ankle articulation, though he still has full rotation. A very impressive 4.5 out of 5.

Overall Articulation: 4 out of 5

While the accessories might not be massively plentiful, for figures in this range, I think they’re pretty respectable, and in the case of the Joker, downright awesome.

Anti-Fire Suit Batman’s Accessories – OK, I’m starting to feel like I’m beating a very tire drum here, but accessories for the Bat are sadly lacking. He does have four pairs of hands total, with fists, gripping fists, gun-holding hands, and open palms, and he gets a gun. But the gun is painted one color in what seems like a weak attempt to cut corners. Overall, 3.5 out 5 for the Bat, and that’s being generous.

Joker’s Accessories – Wow. If the Batman figure seems a little lackluster, the Joker is doing his best to make up for it. He’s got three pairs of hands total (gripping fists, closed fists, and gun holding fists) with a flat black pistol. Though some additional paint would have been nice, the all black paint makes a little more sense with the Joker’s traditional pistol. However, this figure RULES because he also comes with the hyenas. Really, the Joker could have come with just the hyenas, and it still would have been the best. Interchangeable hands and a gun? Icing on the cake. 5 out of 5. JOKER RULEZZ!!!!

Overall Accessories Score – 4 out of 5

Yeah, there are some small flaws. And I have some issues with the Anti-Fire Suit Batman. But I’m going to say that overall, these figures are worth collecting, especially in the case of the Joker (and Clayface.) DC has done some fine work here, and for the price, these are definitely some solid figures.

Overall Score: I’m giving these figures a 4 out of 5 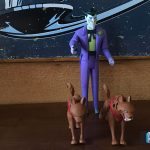 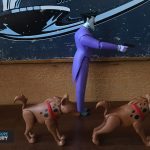 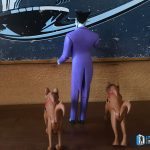 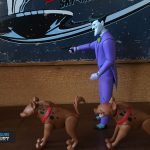 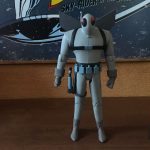 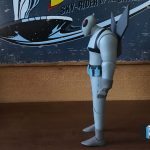 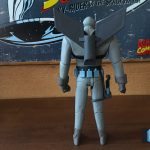 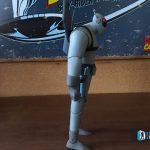 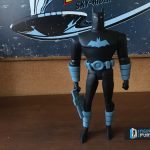 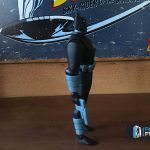 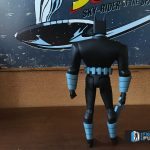 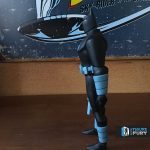 Where Can I Order These Figures?

Let us know what you think of the review, and if you’ve got some thoughts on these figures in the comments! Thanks!