Gizmo, the mogwai who started it all, is being brought to life by NECA for their Ultimate 7” Line. I coincidentally rewatched Gremlins just the other day, so this is a fun little surprise! The 1984 Steven Spielberg produced, Joe Dante directed classic follows a struggling, but charismatic inventor looking for a Christmas present for his son while being led into a creepy antique shop in Chinatown. When he finds a present worth buying, naturally the shop owner wouldn’t sell it to him- for good reason! The man takes the present, which ends up being Gizmo! As you may or may not know, with mogwai comes great responsibility, and there are 3 rules you simply can’t break:

Alright, if you promise to follow those rules, we’ll proceed and check out the specs for the NECA Ultimate Gizmo action figure.

First off, how tall is the NECA Ultimate Gizmo action figure?

Our own plastic mogwai is about 7” tall, so only a few inches shorter than the real critter!

Yes, Giz is being called “fully articulated,” but if you’ll recall from the movie, they’re not very flexible or active, so don’t expect double jointed knees or anything! It’s pretty much a long-legged Furby.

According to NECA’s website, Gizmo’s ears and eyes can be posed as well! His eyes are moved using a small round knob on the back of his head.

Well, this one does! Gizmo actually comes with a ton of accessories, including 4 total interchangeable faces (which are terrifying when not attached to the rest of him). The first face looks kinda smug, the second has an open-mouthed smile, the third comes with his rebel bandana thing and looks determined, and the last face is reminiscent of my mom’s pet pug. He looks grumpy and scared.

In the holiday spirit of the original film, Gizmo comes a little Santa hat, a candy cane, a trumpet, a rope belt, a wire-hanger bow, and a pencil arrow. 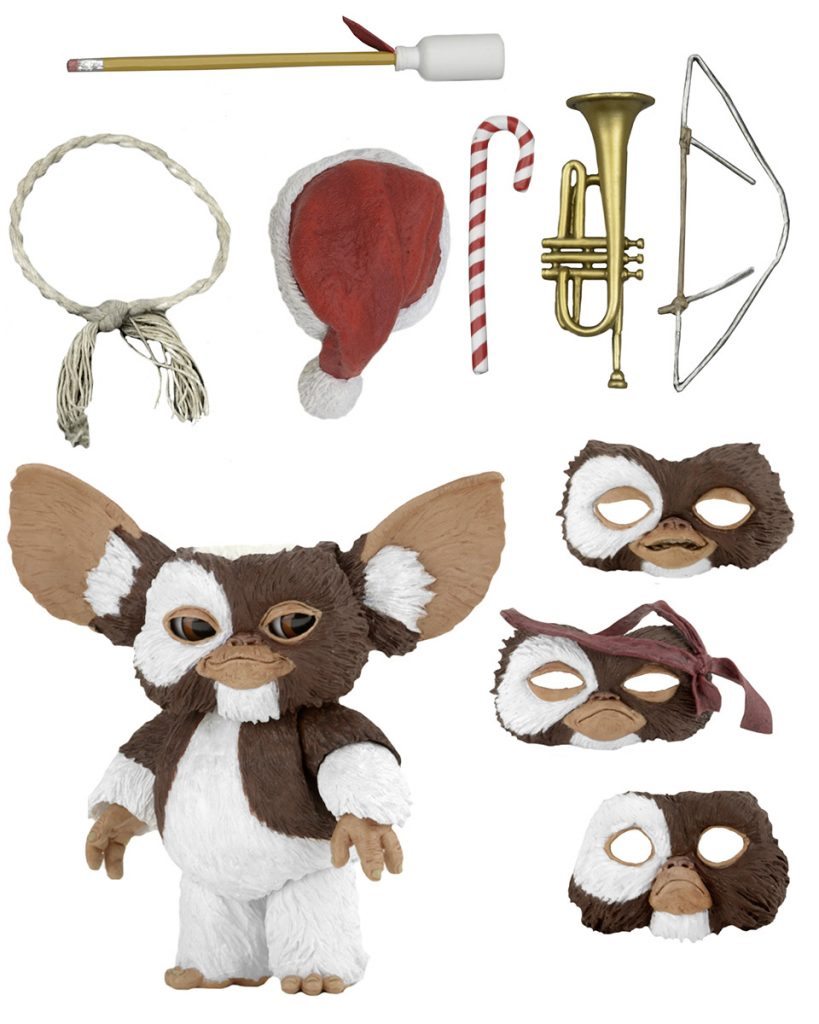 Ultimate Gizmo says, “Accessories can make or break an outfit.”

Does it come in a cool box?

Again, yes! Due to the beloved nature of this classic film, the Ultimate Gizmo action figure essentially has to come in a collector-friendly box. Though there’s no final design out yet, the draft on NECA’s website looks very much like the original movie poster; all white with a picture of Gizmo in front of a shadow of Spike, the first Gremlin, and is a window box with an opening flap.

How much does the NECA Ultimate Gizmo 7” action figure cost?

UPDATE: Gizmo is now available to pre-order on Entertainment Earth for $24.99!

They haven’t yet released any cost information, but the figure will definitely be released February 2017. NECA’s video game appearance 7” Gremlin figure will run you $24.99, and the deluxe Bat Gremlin from Gremlins 2 will cost around $38, so I anticipate the Ultimate Gizmo action figure being no more than $40, max.

Check out the gallery below for 80’s classic cuteness! 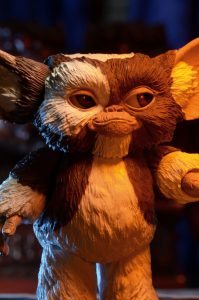 He looks a little conniving here, doesn’t he? 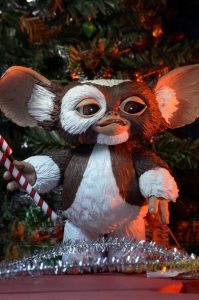 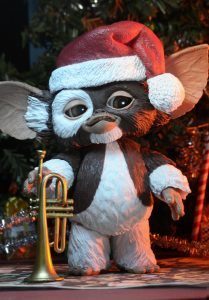 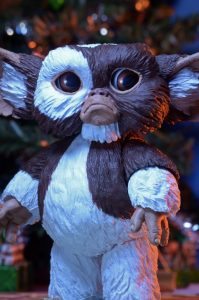