NECA’s The Gift That Keeps On Giving!

NECA dropped a little surprise tonight. They are going to release another Ultimate Gremlin though this one will be a GameStop Exclusive.

As it’s a GameStop exclusive it’s video game themed, as this Gremlin comes with some video game themed accessories.  The Gremlin itself is almost identical to the Ultimate Gremlin which will be released in a few short weeks.

This release is such a big surprise and the accessories are awesome! I really love the Video Game accessories as they are wholly unique.

I didn’t realize he would come with an Atari controller until I looked closely at his hands and I have to say it’s a fantastic addition. The Fail Guy Arcade machine looks incredible for such a small accessory. The Gremlins Video Game box is such a fun addition, I love the artwork and the little NECA logo printed on it.

The popcorn cup is a brand new accessory for this release and I love that you can make the gremlin wear it on his head which is a fantastic added touch, I’m guessing the popcorn itself is removable.  The hat and sunglasses are new accessories as well and look really well done. Especially the sunglasses and I wouldn’t be surprised if the propeller on the cap is articulated. It’ll also include a Cola cup which comes with the Ultimate release. It doesn’t hurt to include accessories from other releases as I guess many collectors will pick up multiples of these. I know I will!

The release date of this GameStop Exclusive Ultimate Gremlin hasn’t been announced yet, though I’m guessing sometime early next year. Also, this will be available internationally as well as it’ll be hitting UK shores in the near future. 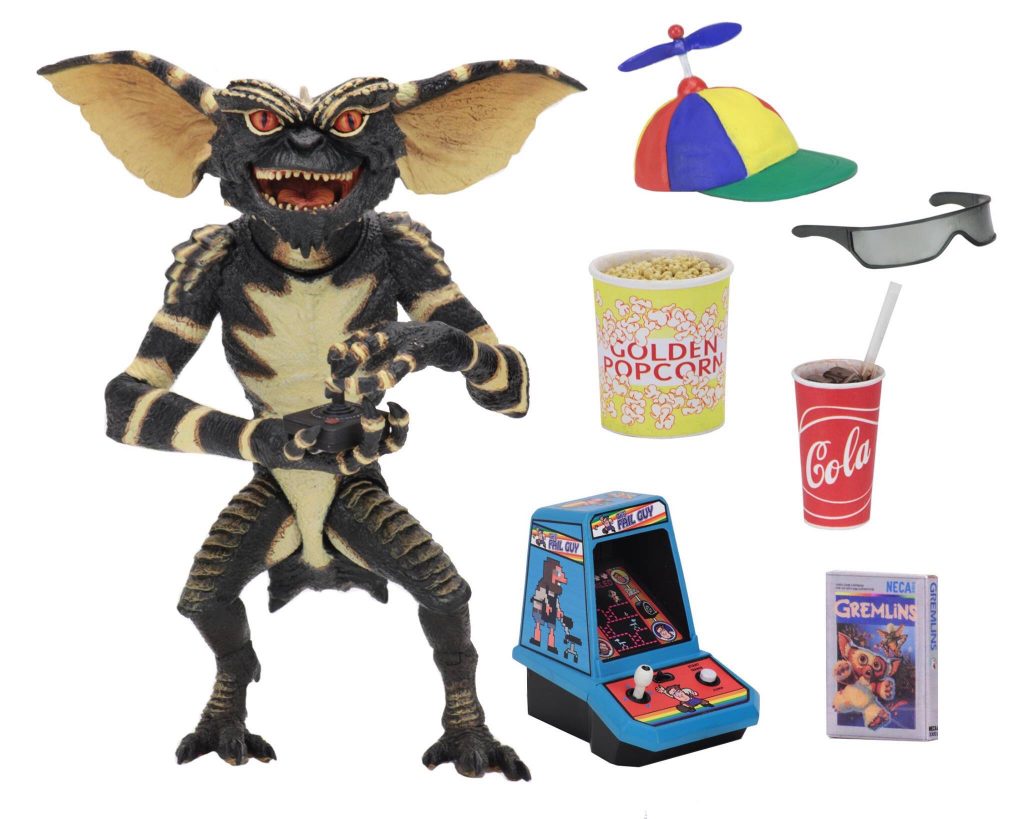 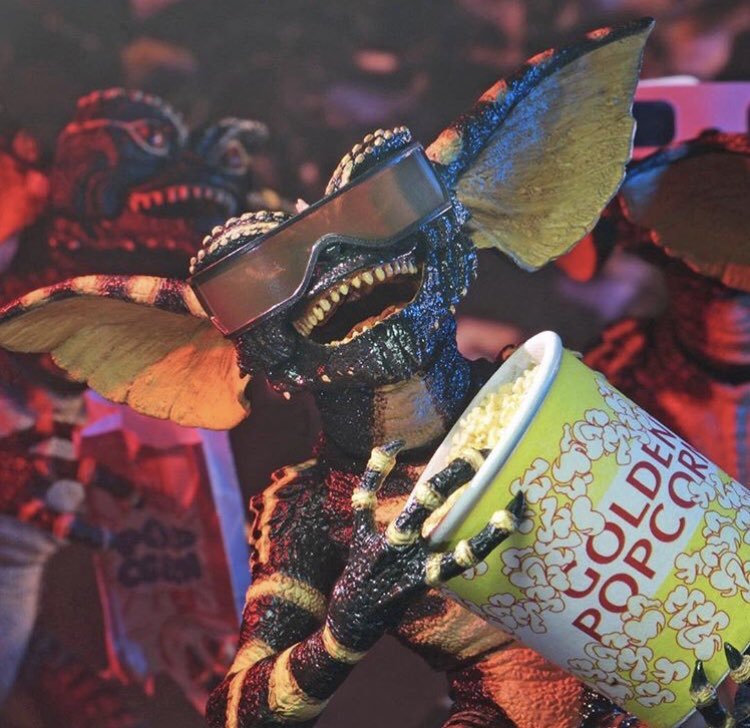 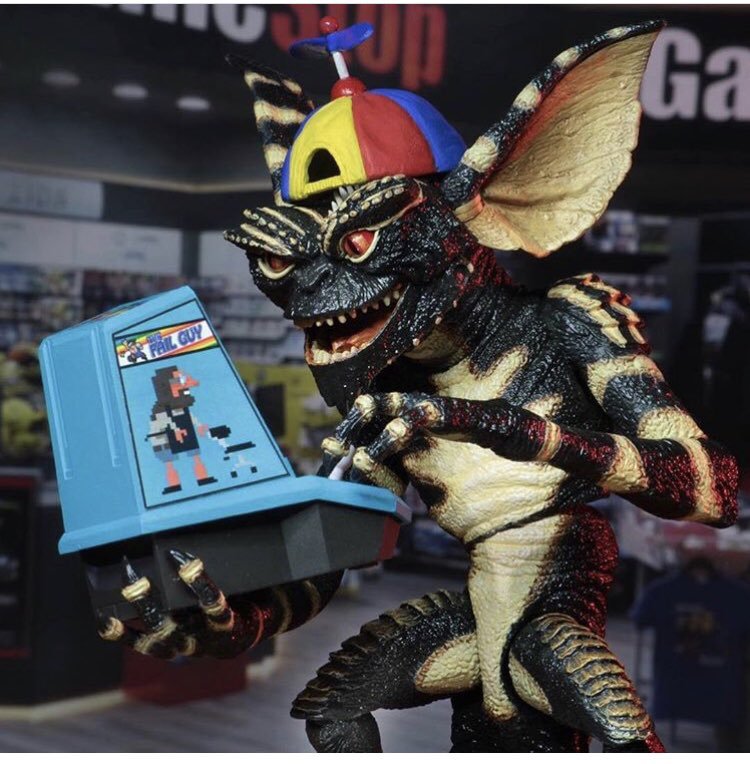 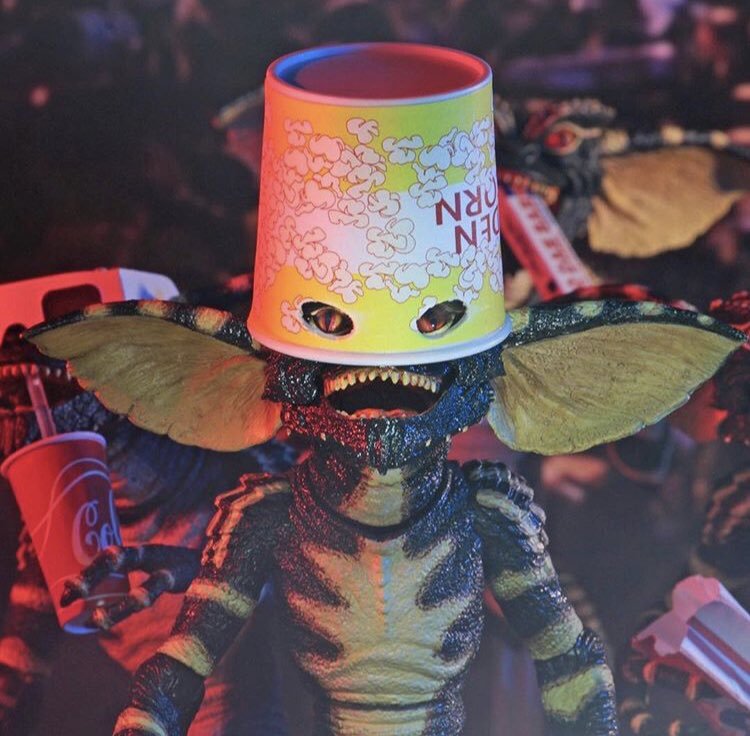 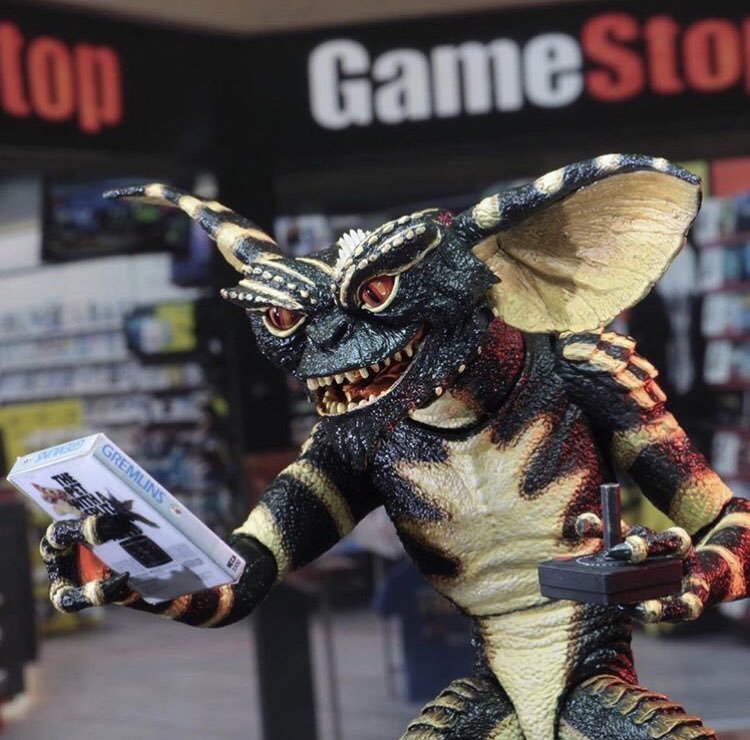