The Family Is Complete

At SDCC last year NECA revealed their Terminator 2 Judgement Day John Connor figure. Earlier tonight a fan tweeted NECA that they have found an image of Ultimate John Connor which is printed on the back of the T2 Kenner inspired figures that have just been released recently.

The image shows John Connor with his dirt bike that he used in the iconic chase scene in the first act of the film. He’ll also come with the T-800 arm that we saw in the Cyberdyne labs.

This figure is a big surprise for Terminator fans as we never thought that NECA would get the likeness rights to Edward Furlong  to create the John Connor figure. No release date has been announced yet but you can expect many fans will be looking forward to completing their NECA Terminator 2 display. There’s no doubt that this figure is a must-have if your a Terminator 2 fan. 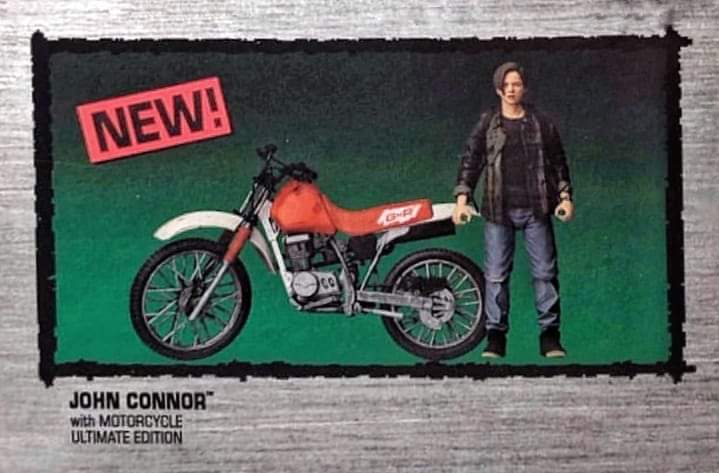