NECA has posted some images of their upcoming NECA Team Fortress 2 BLU Demoman and Pyro action figures. These figures are going to be hot on the heels of the Team Fortress 2 RED Demoman and Pyro action figures that should be hitting store shelves now. (I got mine last night =]) Make sure you pick them up when you see them and don’t wait around because NECA is sold out of them all already.

Like Team RED the BLU team is going to be a limited edition action figure to just 10,000 pieces worldwide. Each figure comes with a bonus code to unlock exclusive in-game content. I love extra bonuses. 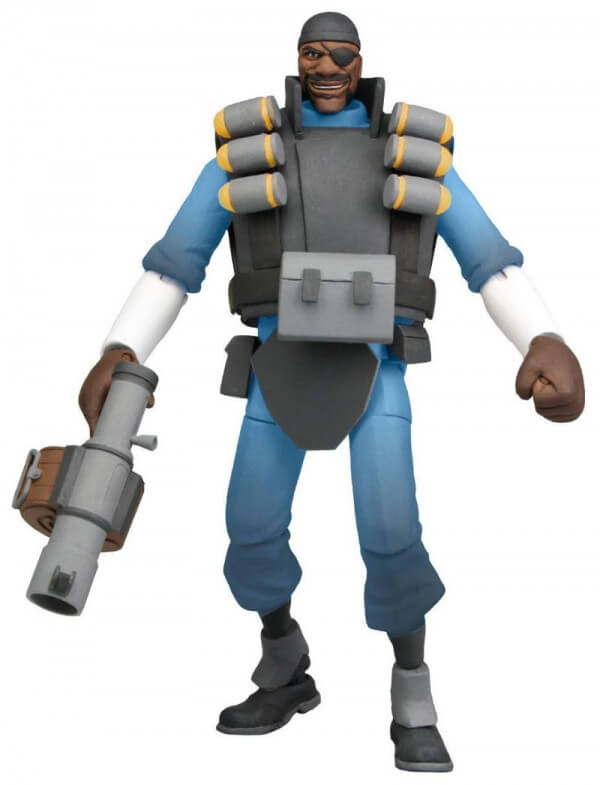 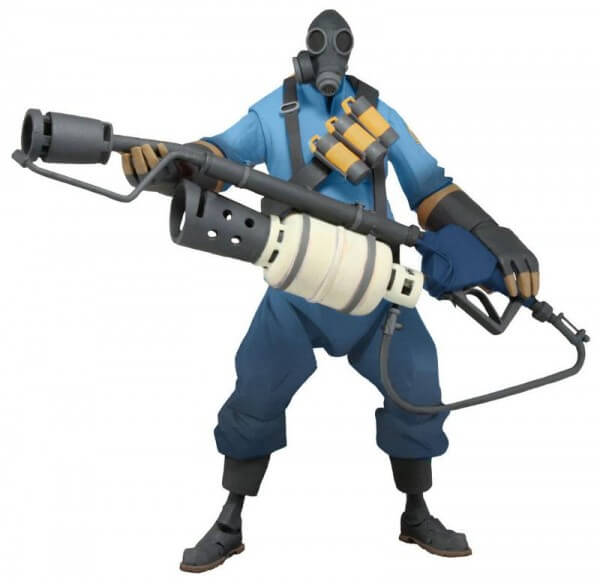 These figures are in 7″ scale and feature over 25 points of articulation and include their signature in game weapons and accessories.

You can PRE ORDER these figures now from Atomic Toy Store for $20.99.

Now obviously these are just repaints of the RED team but they are still very cool. I am curious to know how many of you Team Fortress fans are going to be picking up the entire RED and BLU team? OR are you just going to pick up 1 entire team?