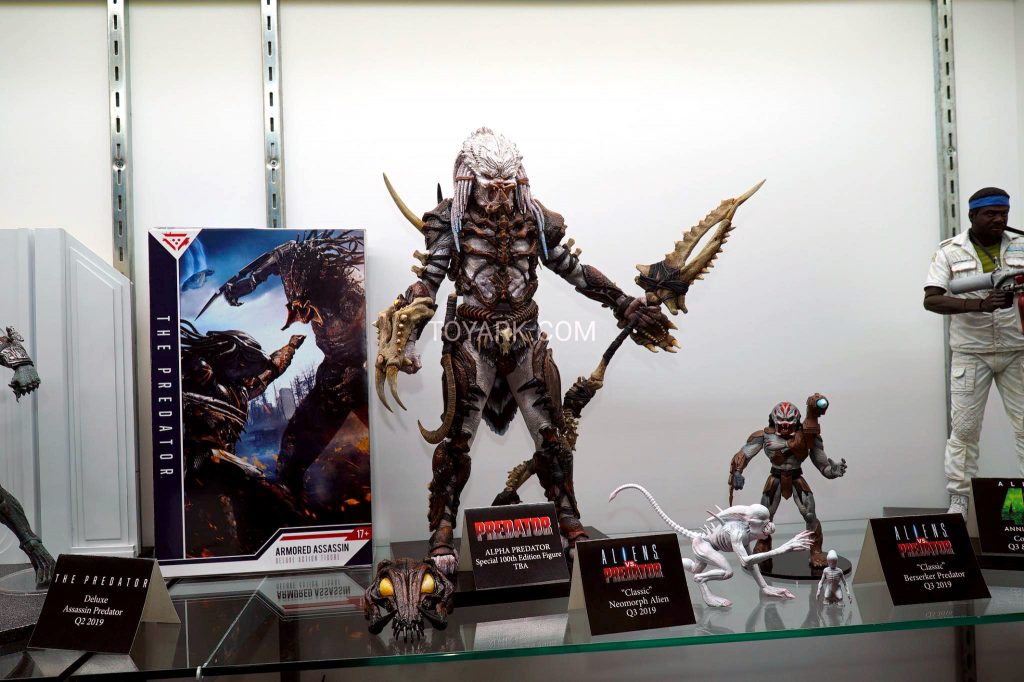 The Predator line is one of NECA’s longest lines and at Toy Fair this year they unveiled the 100th Predator which is called Alpha Predator! if you look closely you can see that he’s using parts of the first design for the Predator’s body for armor and weapons.

If you didn’t know the initial design for the Predator was a lot different from the iconic look we know and love. This was the design until Stan Winston met James Cameron. It’s such an intimidating looking Predator that’s for sure.  This figure is scheduled to be released in the spring of next year. 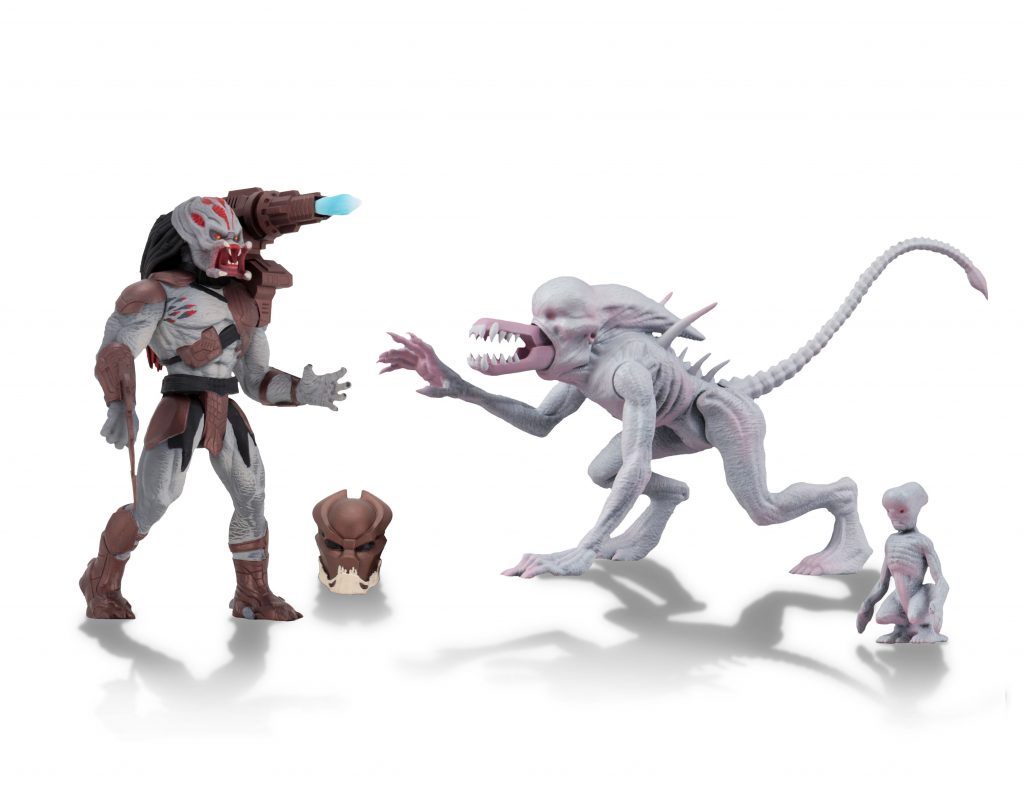 It looks like NECA have taken a page from the Kenner book as they are going old-school with this line of figures. NECA is creating a line of 5.5″ figures with 5 points of articulation Alien and Predator with a slightly modern twist! The first two figures will be the Berserker Predator from Predator and the Neomorph from Alien Covenant.

They’ll be priced at $14.99 each and will be available in the fall of this year. 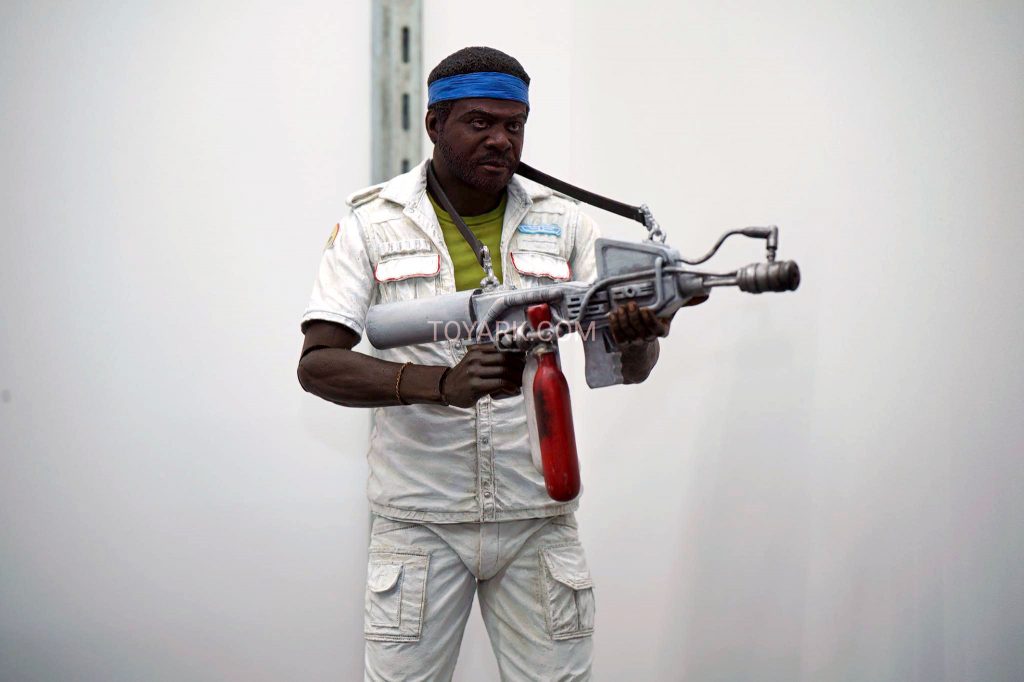 A new line of Alien figures will be released to tie in with the films 40th anniversary this year. The first figure they have revealed is Parker played by Yaphet Kotto in the film. NECA also dropped a hint that his friend Brett will be joining the line as well. It’s quite exciting that we’ll have most of the Nostromo crew in some manner. 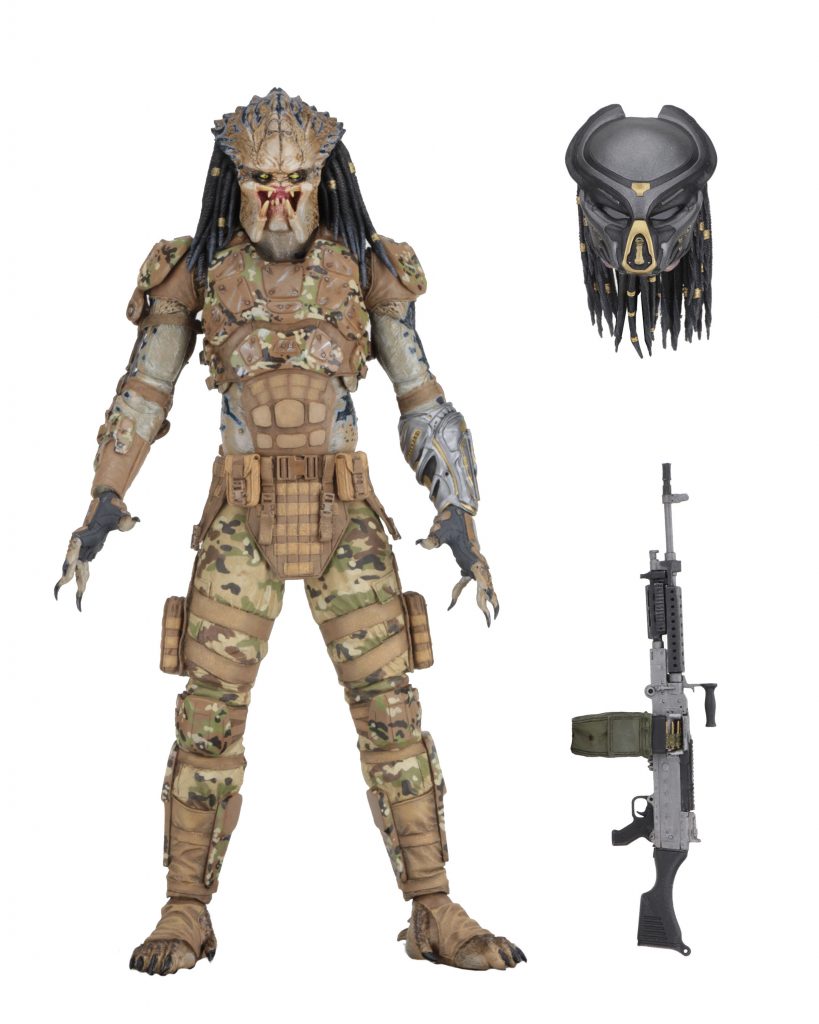 Also revealed at the show was the second emissary Predator from The Predator. It’s much like the first one but the gauntlet is on the other arm and he has a different unmasked head and skin color. It’ll be released in the spring of this year. 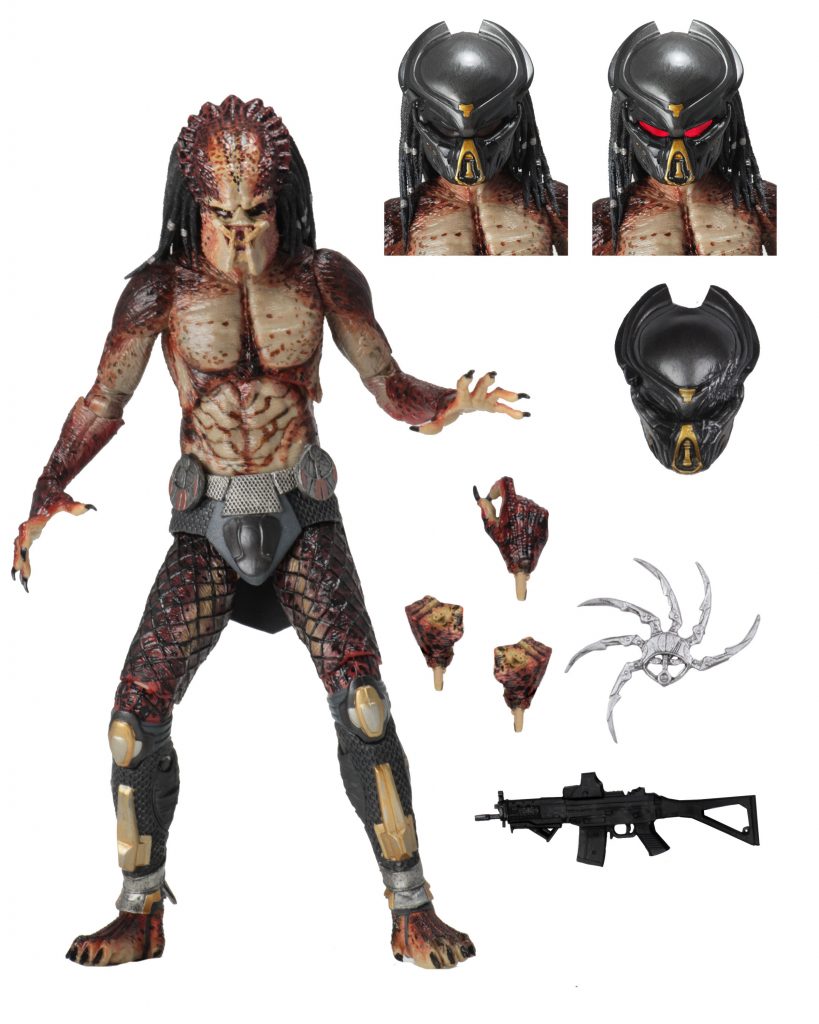 One figure I wasn’t too sure if NECA would do or not is the Fugitive Predator when he escapes the lab early in the film. As you can see he’s wearing less armor than the standard release and he comes with some extra accessories. He comes with the rifle he used for a bit in the film along with a shuriken. One really fun thing about this figure is that his masked helmeted head lights up! 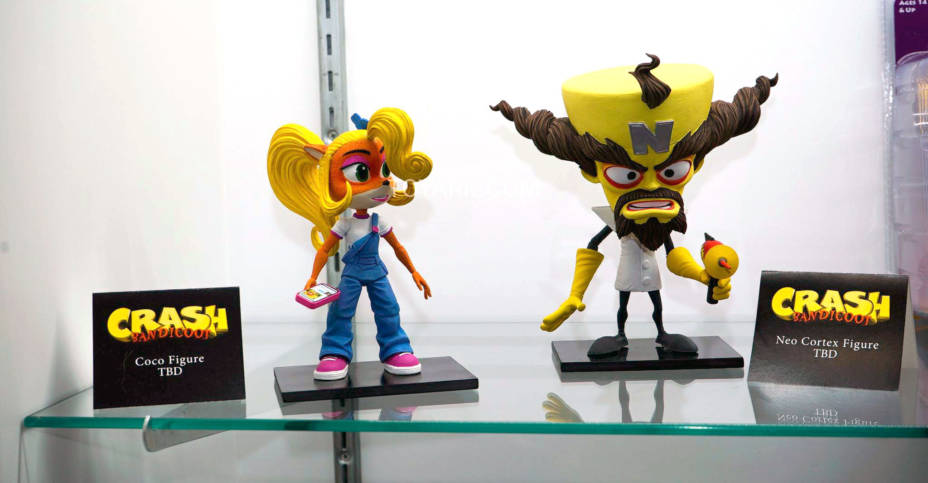 NECA said that they’ll be expanding their Crash Bandicoot line with releasing figures of Neo Cortex and Coco. I haven’t played the remaster yet but I recognize their looks from the remaster. I really do dig the designs and I’ll love to get these as well as the Ultimate Deluxe Crash Bandicoot.

New Images of the NECA Back To The Future 85′ Ultimate Hazmat Suit Doc Brown.

NECA Back To The Future 85′ Doc Brown Update.