Last year NECA announced that they’ll be collaborating with Scream Factory to release a Retro Billy figure with their release of Silent Night, Deadly Night.

Now NECA is releasing Billy on his own as the figure was in high demand during its original run and sold out quickly. Billy comes in the exact same outfit and comes with the same accessories as the original figure did. The only thing that’s different is the packaging.

I’ve seen the film and I have to say NECA have nailed the likeness and the look of the character perfectly. With great looking Santa suit and long fake beard. The axe looks fantastic as well, I really do love the blood effect on it. I can see why he only has a hammer and axe as they are used in two of the most iconic kills in the film.

This time NECA have put Billy in the retro packaging that they usually use. This time it incorporates the art from the Scream Factory release, which I have to say looks fantastic. I’ll definitely be keeping the card back if I was able to get this figure.

It should be noted that this figure is now available via NECA’s eBay and Amazon stores and will cost around $30. It’ll be available on store shelves in a few weeks time. 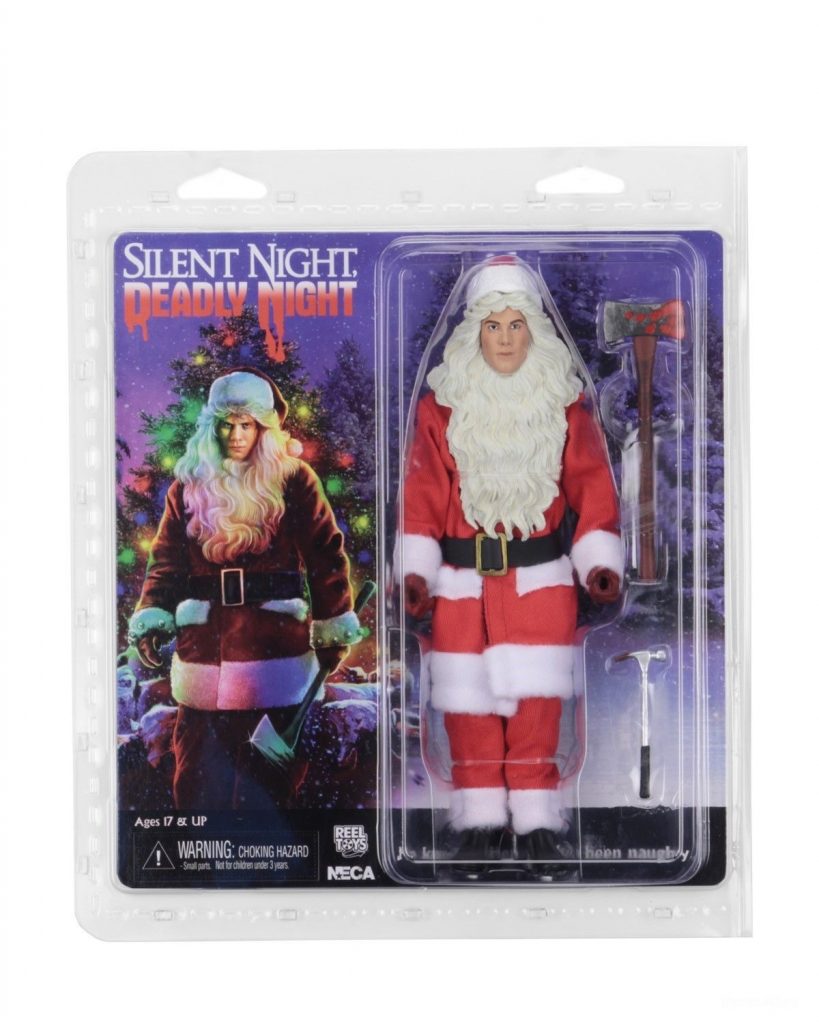 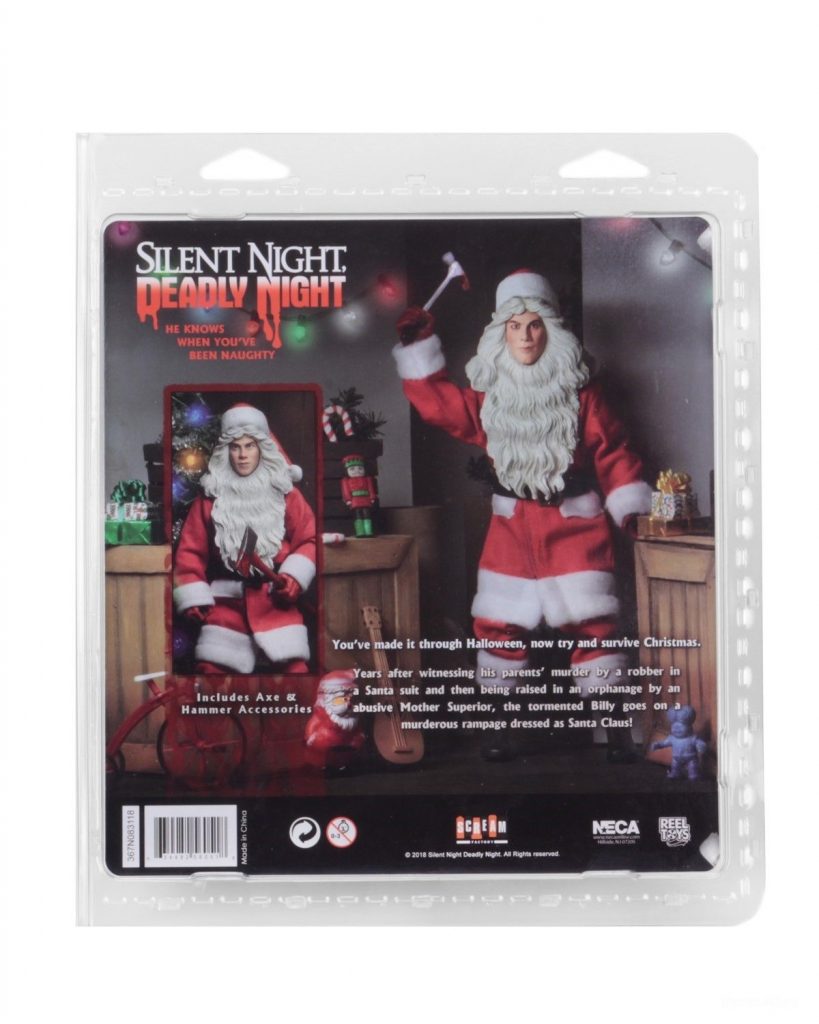 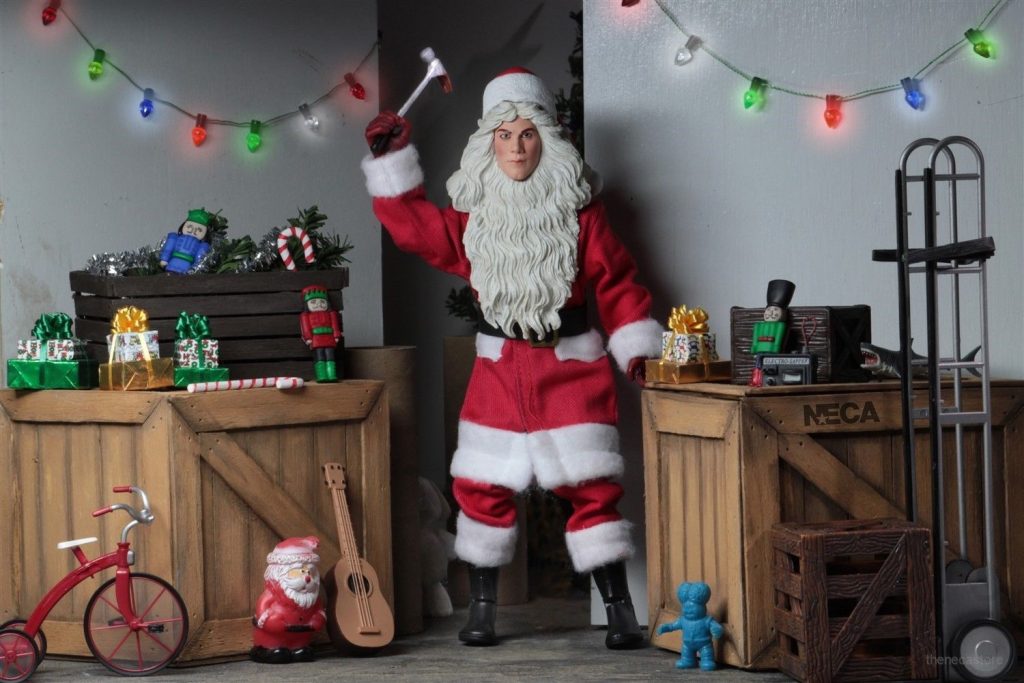 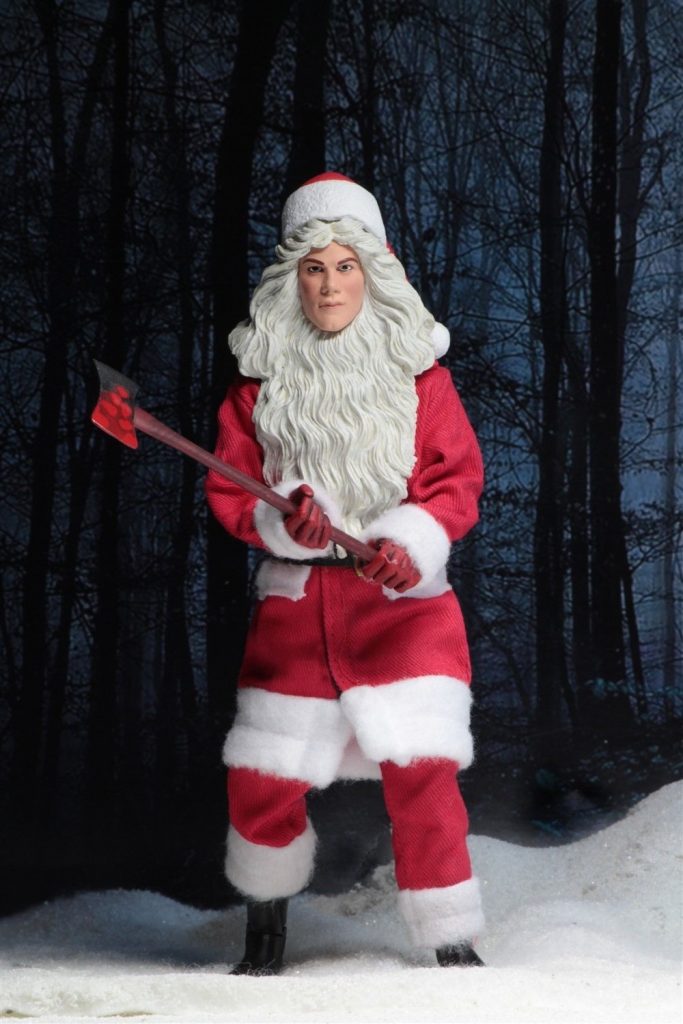