It looks as if NECA Predator series 18 will be out on store shelves soon. As NECA has revealed some in-packaging shots for the upcoming series.

If your a fan of NECA you know that this series has been delayed for a while, due to problems dealing with the factory in China, this also had an effect on NECA’s Ash vs Evil Ed set that came out a few months back. This series was revealed at NYCC 2017. In this series, the figures are Broken Tusk Predator, Hornhead Predator, and Machiko Noguchi.

All these characters are from the Dark Horse Predator comics. I haven’t read any of these comics but reading the characters bios on the back really makes me want too!

Machiko and Broken Tusk appeared in the original Alien vs Predator comics and Hornhead appeared in Predator: Life & Death. I make it no secret I am a big fan of NECA’s Predator figures so I’ve been waiting for these to be released for some time.

These figures are scheduled to be released sometime next month. 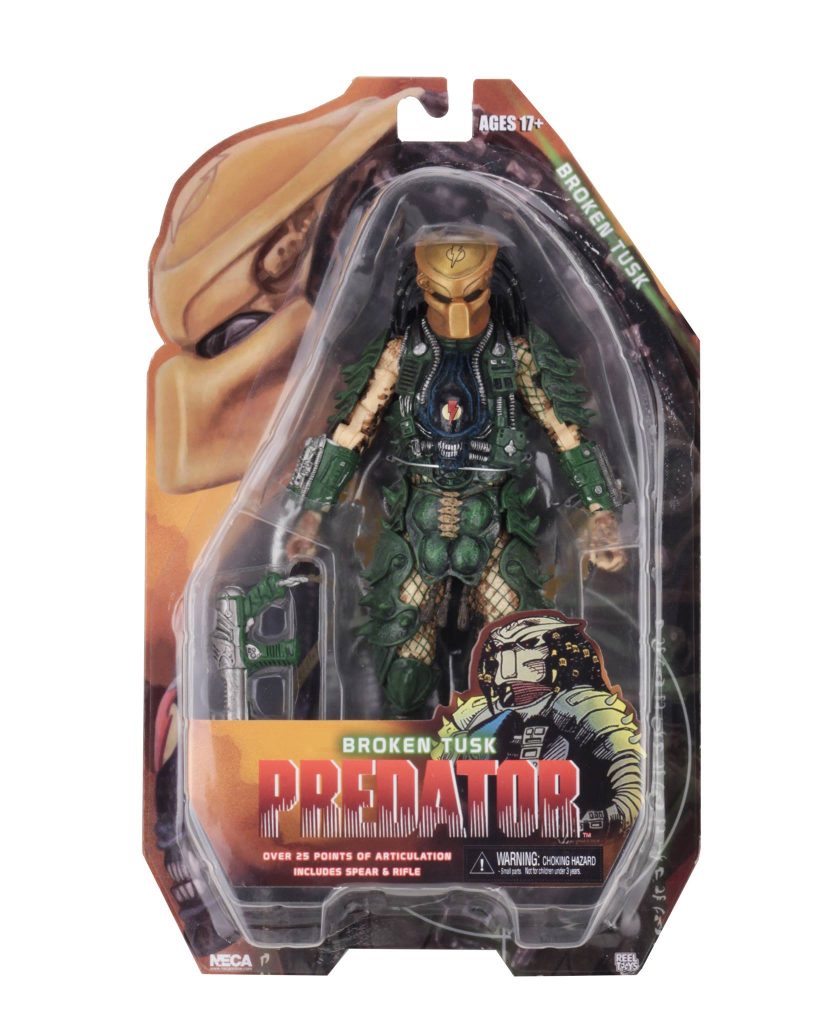 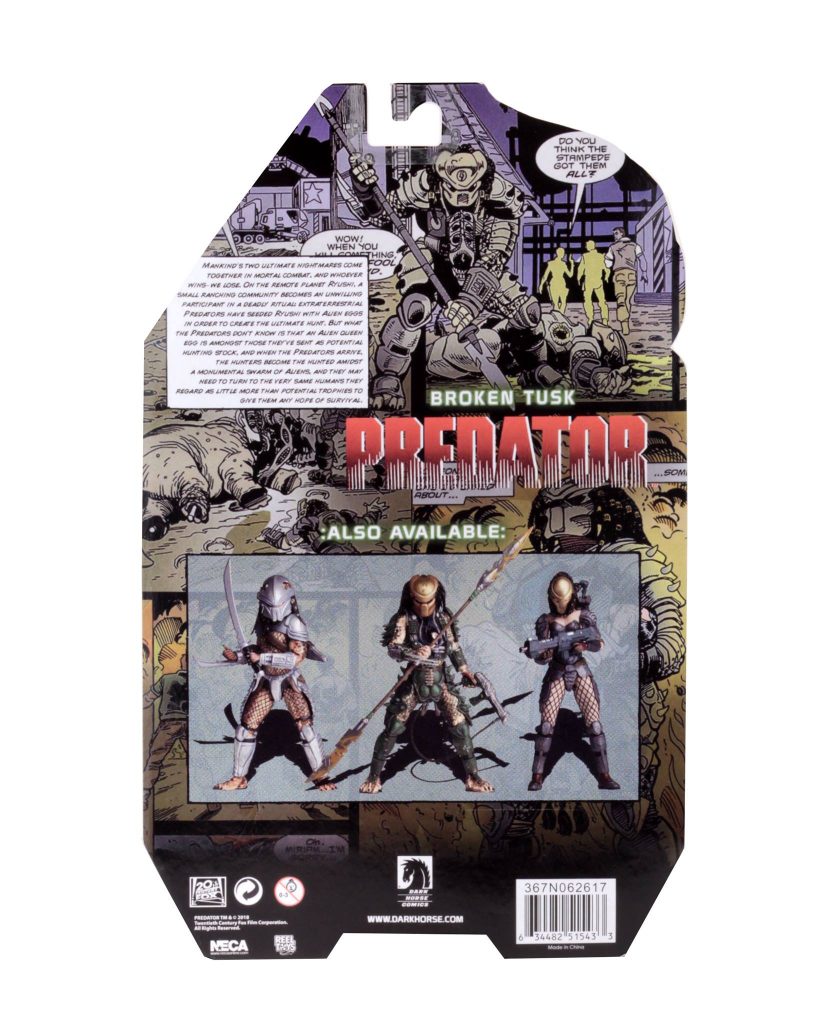 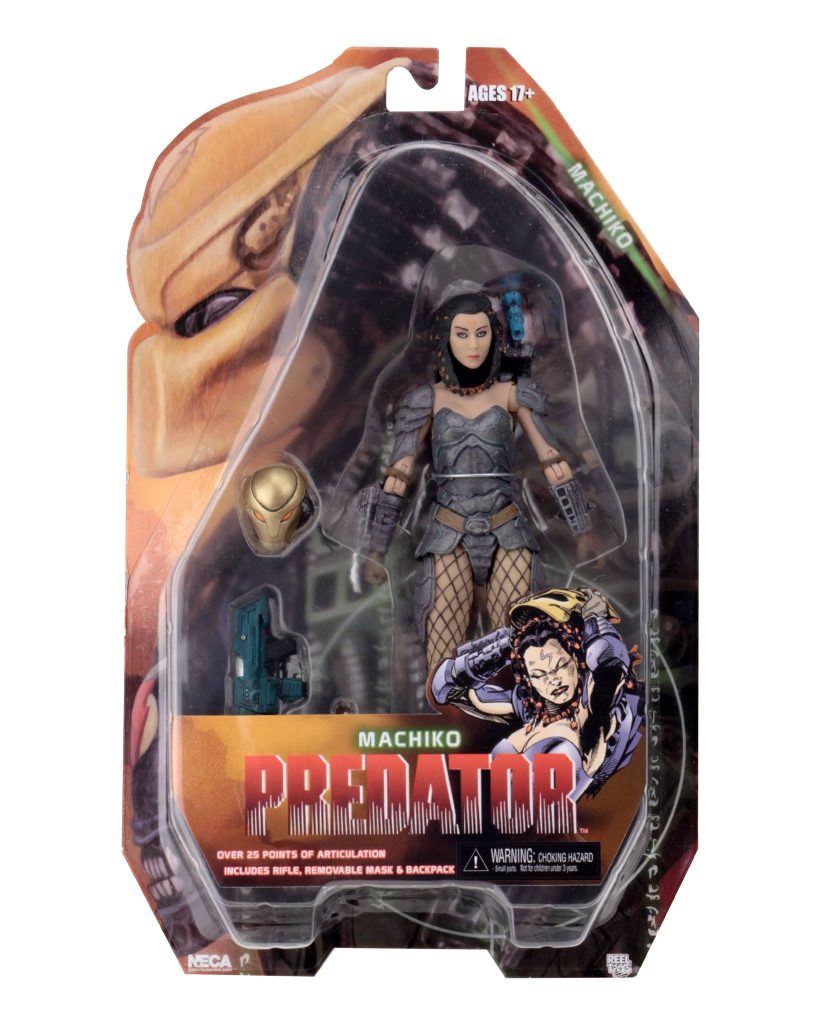 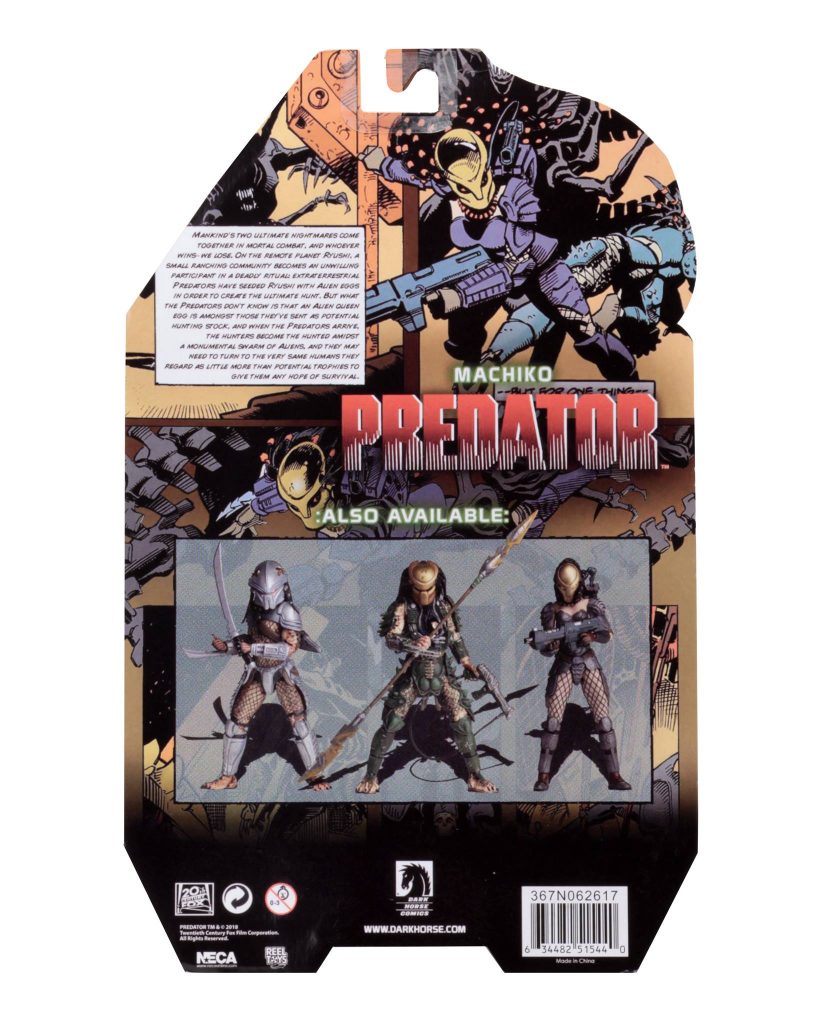 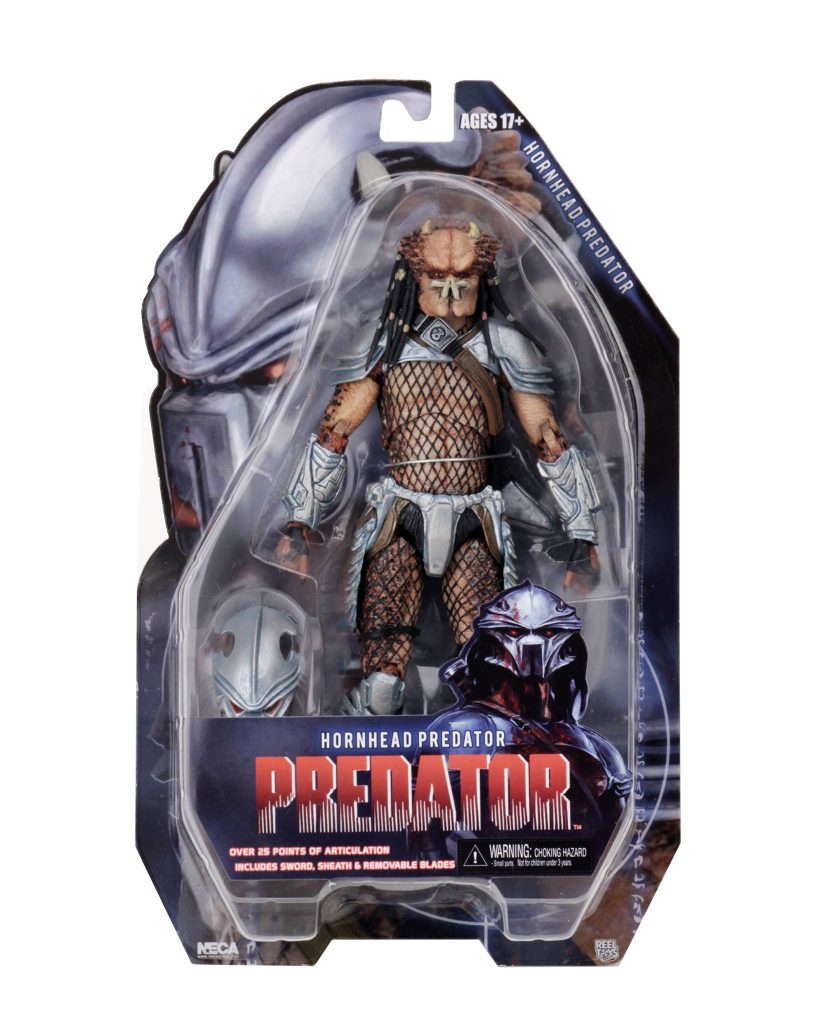 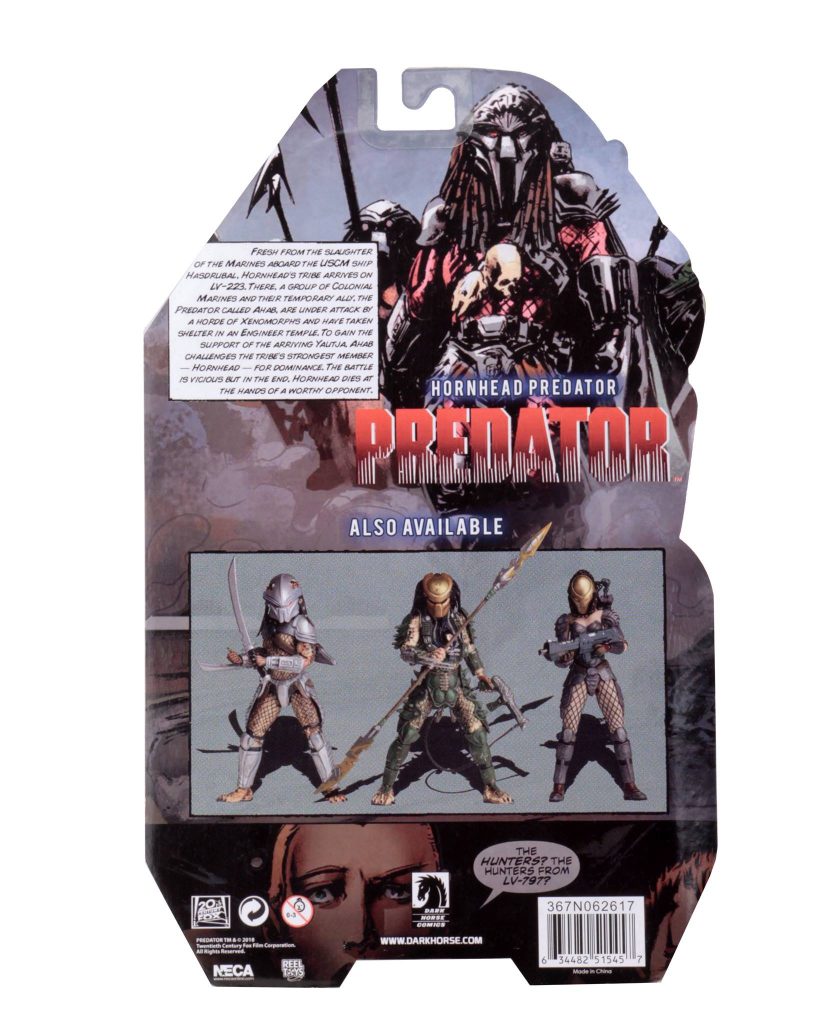