NECA decided to revamp the original Kenner line of Predator figures with 10x the coolness and the best of modern sculpt and articulation capabilities. The packaging pays homage to the original 80s style, including the iconic pixelated heat-vision design seen in the Predator movie. I looked up the original Kenner figures just for fun and wowee, the new NECA Predator series figures blow them out of the water in no small way. The Series 16 Kenner Tribute Predator series includes a three pack of 7” figures, and you can pick up the Deluxe Clan Leader (8.5”!!!) separate. Apparently these crazy alien hunters are taking down bad guys across multiple universes, including Terminators!

How tall are these figures?

The majority of the figures are around 7” tall, except for the Clan Leader, which towers over the rest at 8.5”.

Who are these Predators?

Well, if you’d like to get to know them a little bit better, each figure comes with a surprisingly in-depth bio on the packaging. I’m such a sucker for bios; when I was a kid I would obsessively read the video game manuals to find out the bad guy bios while my brother and his friends took the good controllers. K

Which Predators are included in the Kenner Tribute Assortment?

In the 3-pack, you’ll receive the Ghost Predator, the Stalker Predator, and the Spiked Tail Predator. Each of the figures come with limited accessories and over 30pts of articulation.

Details on the Ghost Predator:

The objectively most boring, but still cool Ghost Predator is modeled after the Ultimate Jungle Hunter Predator (coming out soon!). Ghost features a clammy white skin color with black speckles covered with the fishnet pattern all Predators have, simple silver armor, a removable mask, a small sword (hand and a half kopis-inspired curved blade), and a waist-high spear. Toyark is saying the mask stays on quite well!

Details on the Stalker Predator:

The Stalker Predator is the Predator you probably imagine when someone says, “Predator.” Predator.

This figure has creepy translucent glow-in-the-dark skin (explained in the bio as a cloaking device), antiqued bronze samurai-inspired armor with a Xenomorph head on the chest plate, and a cool removable mask that reminds me of the T-60 Power Armor Mask. The Stalker comes with 2 short spears and one long spear, and an interchangeable hand (just one!), and a blue electric-looking whip. The spears can all be mounted on the back of the armor. My favorite part of this sculpt are the head tentacles and the curved ram horns.

Details on the Spiked Tail Predator:

This one is a crowd-favorite so far, because it’s the coolest. This Predator features tiger-striped skin, oxidized-copper-colored armor (greenish), and a removable brutal red helmet that looks like a Predator-inspired Decepticon, even though I think the face paint and sculpt is probably cooler. The Spiked Tail guy includes an articulated shoulder-mounted (or not) arm cannon, a bladed throwing disc, which you can stick on his back, and of course, his articulated spiked pony tail.

Details on the Deluxe Clan Leader (not included in 3-pack): 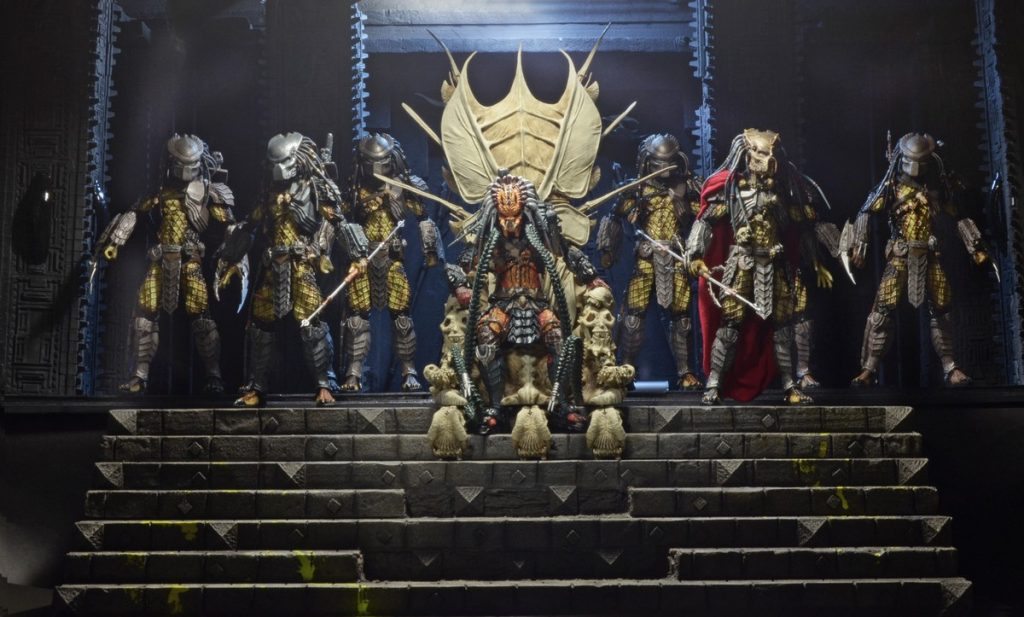 The NECA Deluxe Clan Leader holding court with a ton of other Predators.

All hail Deluxe Clan Leader! This guy has the coolest everything. His armor is like WoW Cataclysm-inspired, down to the dragon-esque mask and jagged metal armor. His armor is mostly black with some red insignias probably painted on there in blood or something. His skin is red orange and stripey, also covered with brown netting like the others. He has a shoulder mounted gun, and two articulated metal robot tentacle things you can attach to his shoulders or wrists. He also comes with a double-edged polearm style weapon, a removable mask, and the unquestioning loyalty of his clan. No, but seriously his bio is pretty epic.

How many Xenomorph bounties do I have to collect to afford these figures?

The Predator 3-Pack can be pre-ordered now for about $60, and will begin shipping November 2017. The Deluxe Clan Leader is available for pre-order as well, and it’s only $25! In the meantime, check out the accessory pack! It comes with a flayed corpse, a couple skulls, and even a skull on a spine so you can rip it out of someone Mortal Kombat style!

Check out the picture gallery for more deets on the Predators! (all images courtesy of NECA) 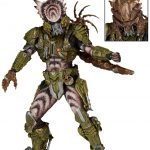 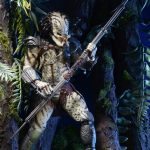 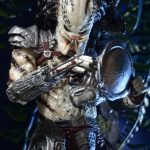 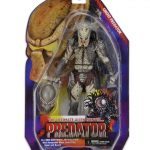 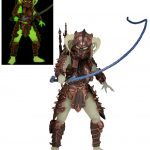 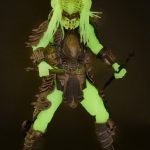 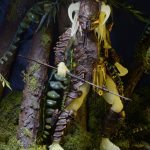 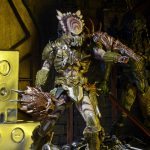 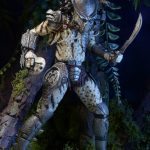 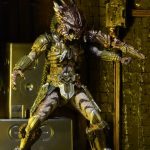 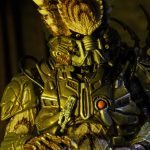