It looks like the hotly anticipated A Nightmare on Elm Street accessory set is getting some awesome packaging. This set has been in the works for quite some time as all the accessories were only revealed a few months ago.

If you don’t know this set will include the Freddy TV and Freddy worm that we saw in A Nightmare on Elm Street 3: The Dream Warriors. Also included are two Elm Street signs one normal and one nightmare one.

I have to say these accessories are perfect for Freddy as the Ultimate figures were pretty well stuffed with accessories. I never thought that NECA would release a Freddy Worm and I have to say it looks absolutely grotesque and just looks like a miniaturized prop replica.

It has an articulated head so you can recreate the grotesque scene it appears in DreamWarriors. It even has a wooden display base as it’s ripped through the floorboards. A great added touch. It’ll also stand at a whopping 12″ tall.

The Tv set looks fantastic and highly detailed and exactly how it did in Dream Warriors with the metallic arms including Freddy’s bladed glove! also, the head has the antennas sticking out of it! It should be noted that the head and arms will be articulated.  What’s really sweet about the TV set is that you can actually mount it on a wall!

Finally you’ll get two Elm Street signs, one normal and one nightmare version. These stand at over 10″ tall. So these will easily tower over your NECA horror figures.

The box artwork looks fantastic as well and as NECA have revealed it, it’s not too far from getting released soon. I should say that this set will cost around $50. 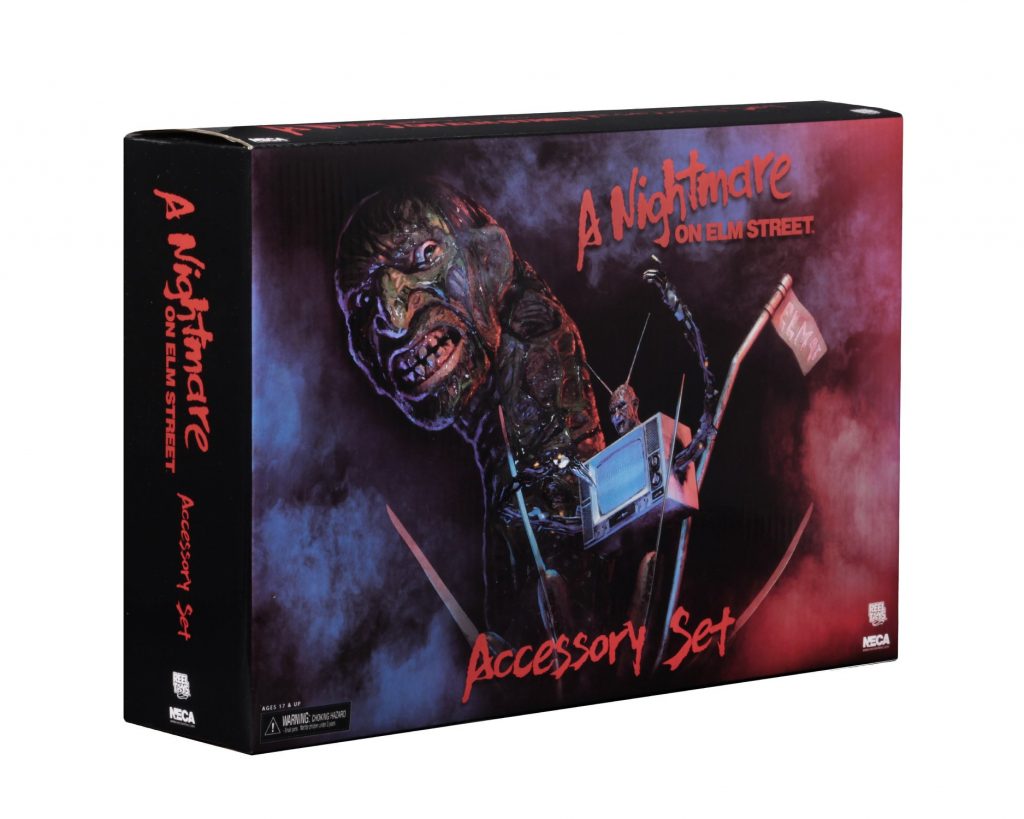 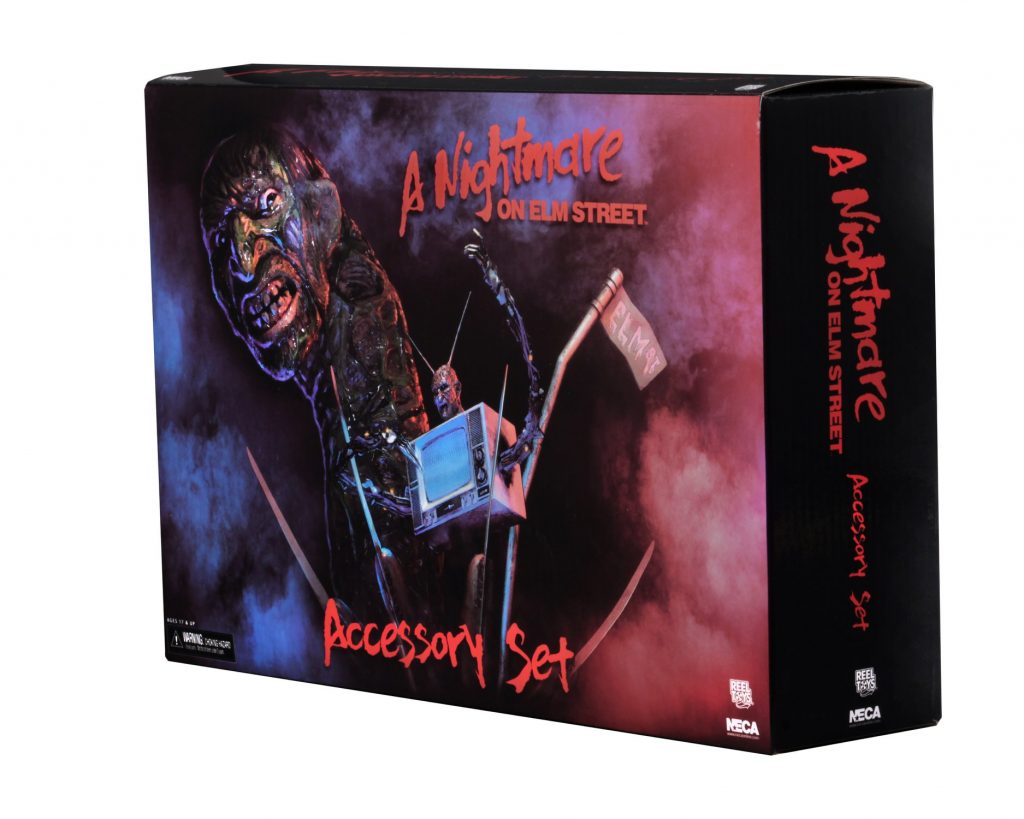 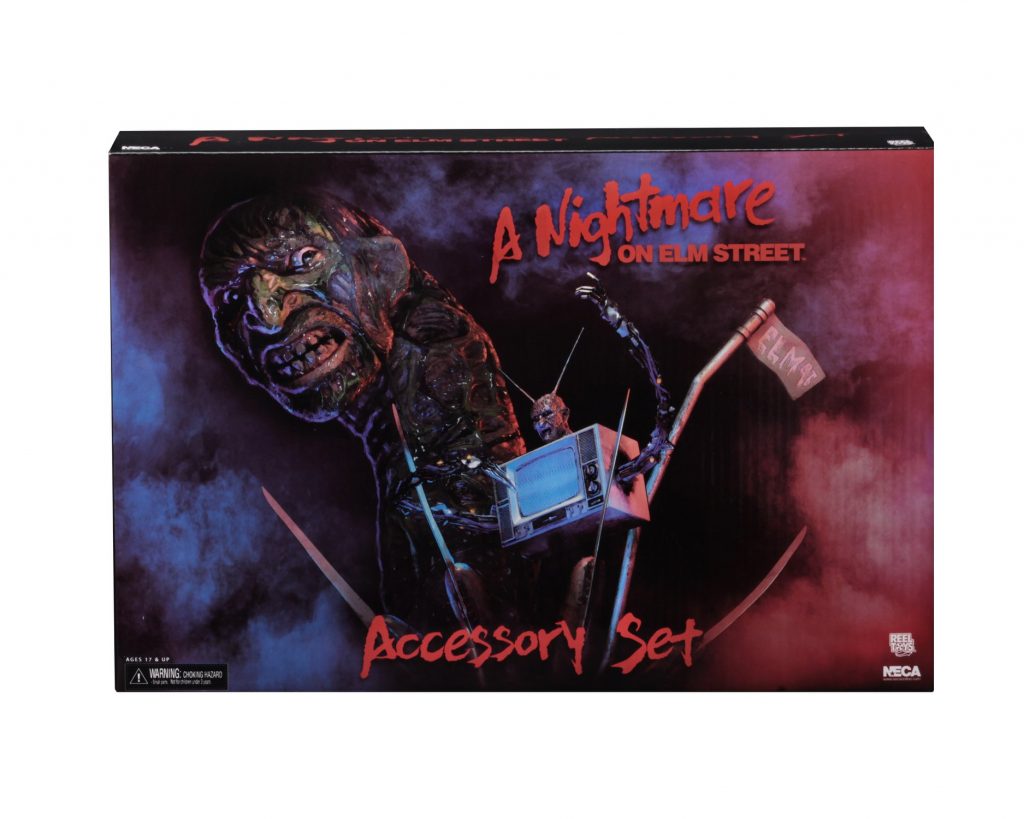 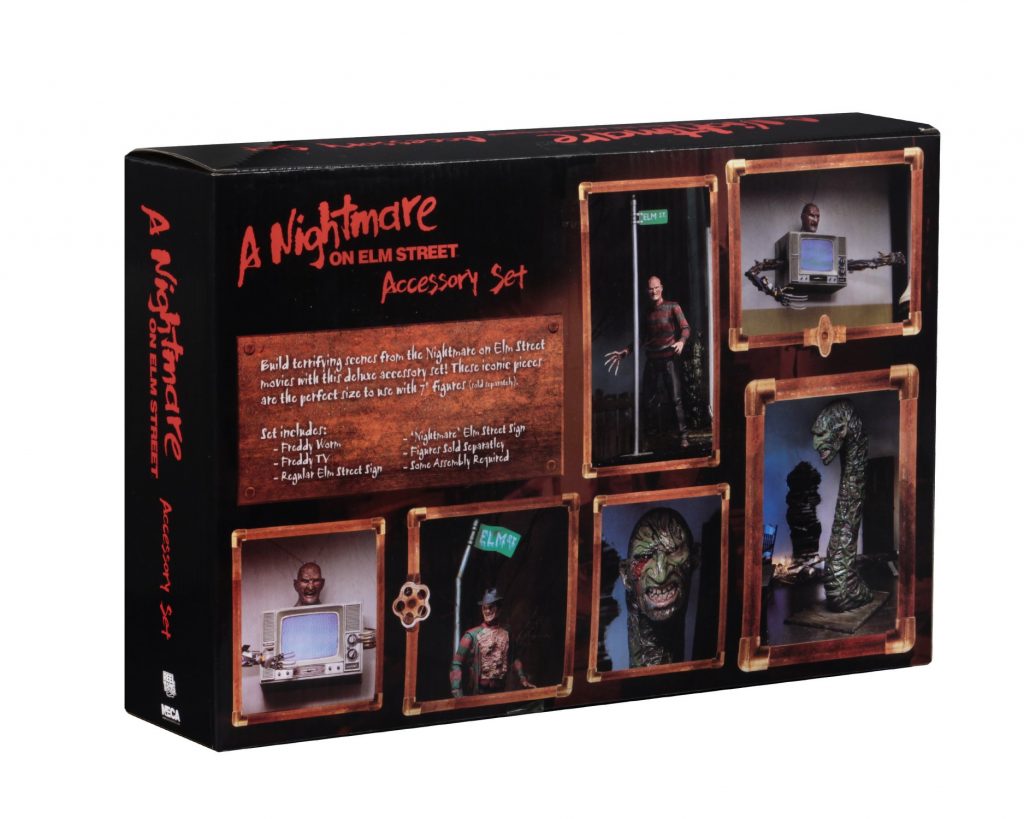 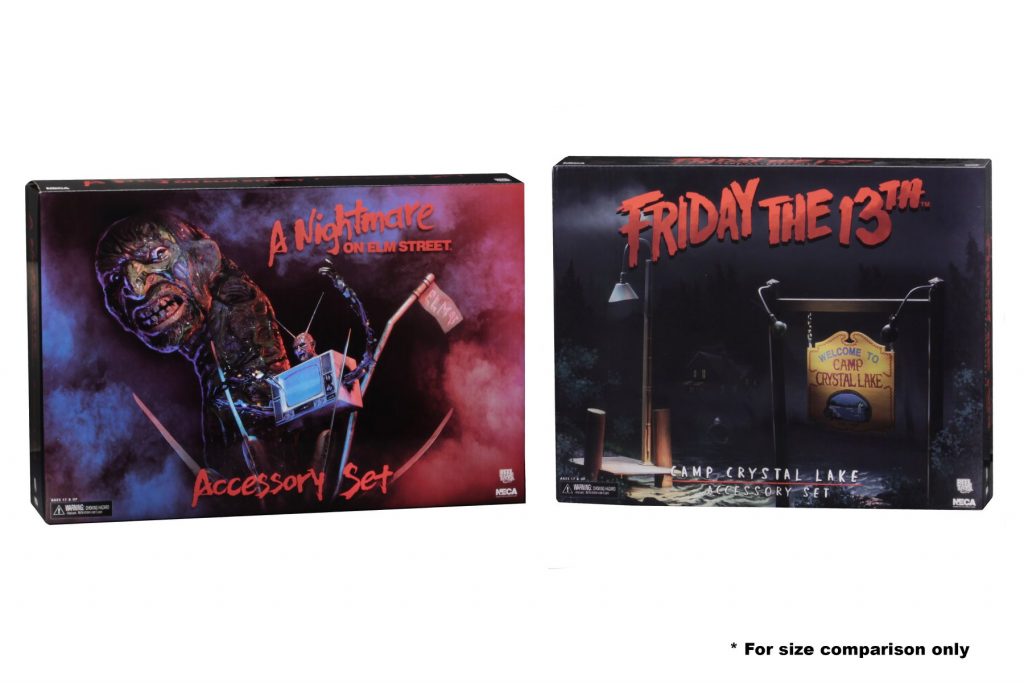