This set looks to be one of NECA’s Best Releases of 2018!

Earlier this year NECA released their Ultimate Chucky figure, which is an absolutely outstanding figure. Then at SDCC this year NECA looked to top it by revealing the Bride of Chucky 2-pack.

As it’s scheduled to be released next month, recently NECA gave us an update on how this two-pack is looking. And I have to say it looks even better than before.

I think why it looks better than before, as it’s an actual live in hand photo of the two-pack. As the detail and paint on the figures look top notch. I haven’t seen the film but I’ve seen stills and these figures look like smaller reproductions of the puppets used in the film. They look incredibly lifelike and amazing.

We see all the same accessories that we saw before, though this time we can see Tiffany’s bridal gown arms. As you can see they come with plenty of accessories, including various weapons, interchangeable hands & heads, removable jacket for Tiffany, amulet, a bottle of champagne and a turkey baster.

After how much I loved the Chucky figure, this 2-pack is an absolute must-have. 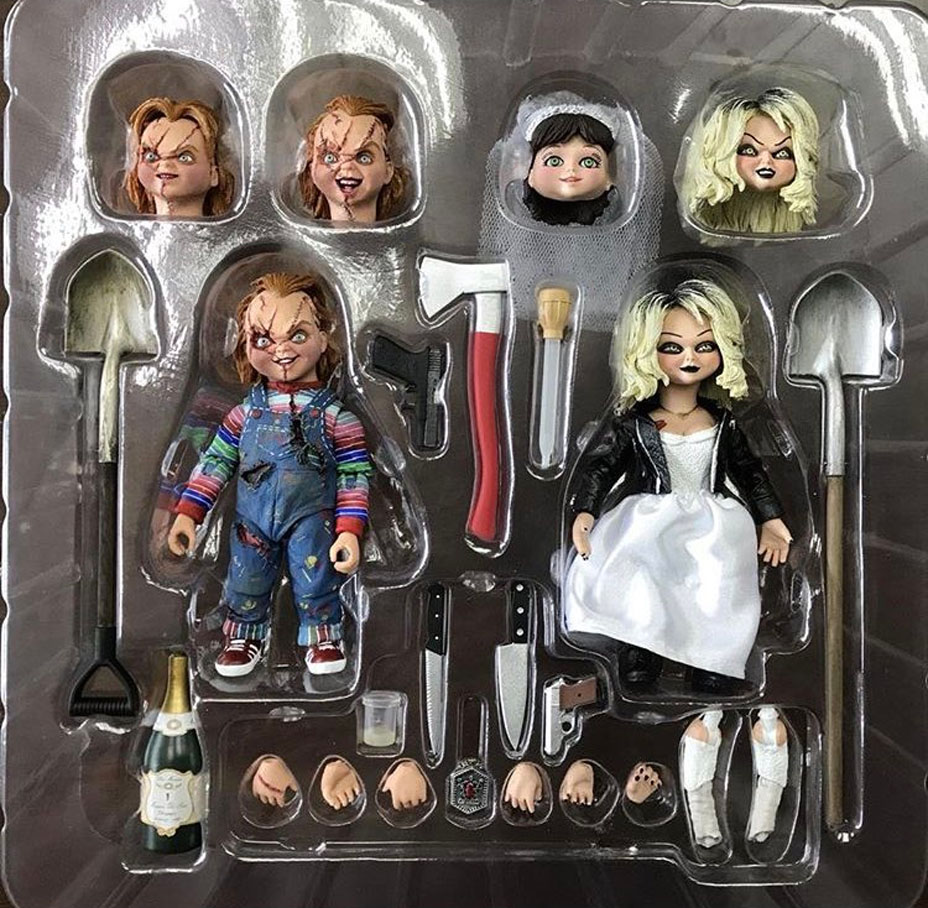