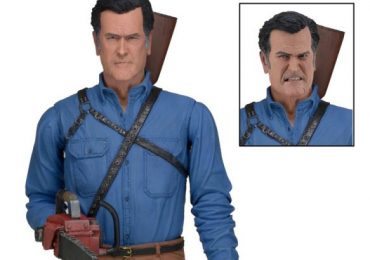 When it was announced that Sam Raimi was launching an Ash vs Evil Dead series with Starz, fans were understandably worried. Would this be an attempt to cash in on the cult movies, or a failed attempt to recapture past glory? Well, it turned out it was neither, and after a bloody, hilarious, Bruce Campbell packed first season, fans rejoiced when it was picked up for another season. However, when NECA announced Ash vs Evil Dead action figures, nobody was that worried, because NECA generally makes awesome action figures.  And judging from the photos they’ve been releasing, including this new one, the figures look awesome. 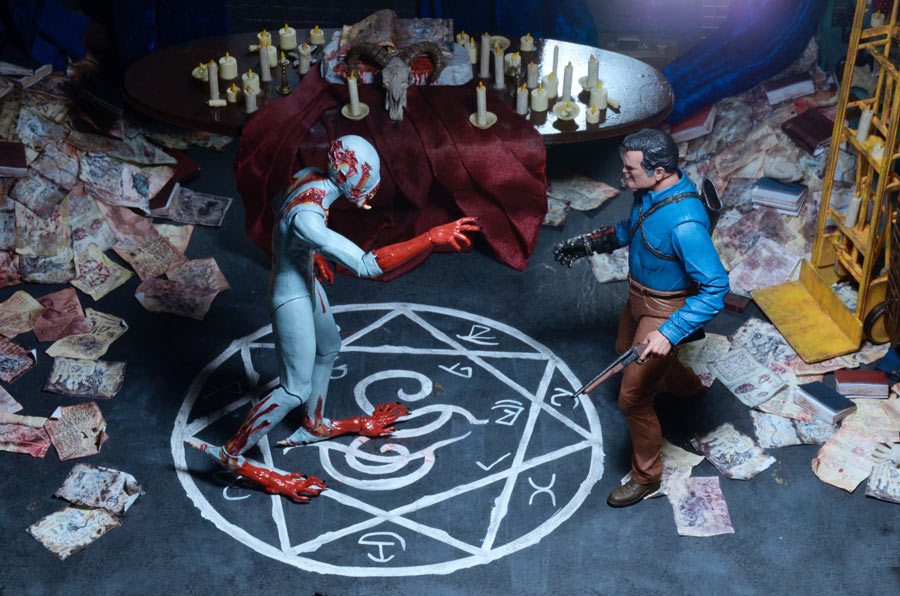 Details on the Ash vs Evil Dead Action Figures

NECA’s first series of figures will have Value Stop Ash, Hero Ash and Eligos. All three figures will be made out of plastic, will be 7 inches tall, and will be highly articulated. Value Stop Ash will include an alternate head sculpt, a swappable wooded hand, and a murderous doll. Hero Ash comes with his signature chainsaw, alternate mechanical hand, an interchangeable head sculpt, and a shotgun that can be placed in his back holster. Eligos is not listed as coming with any accessories, but he does look pretty awesome. 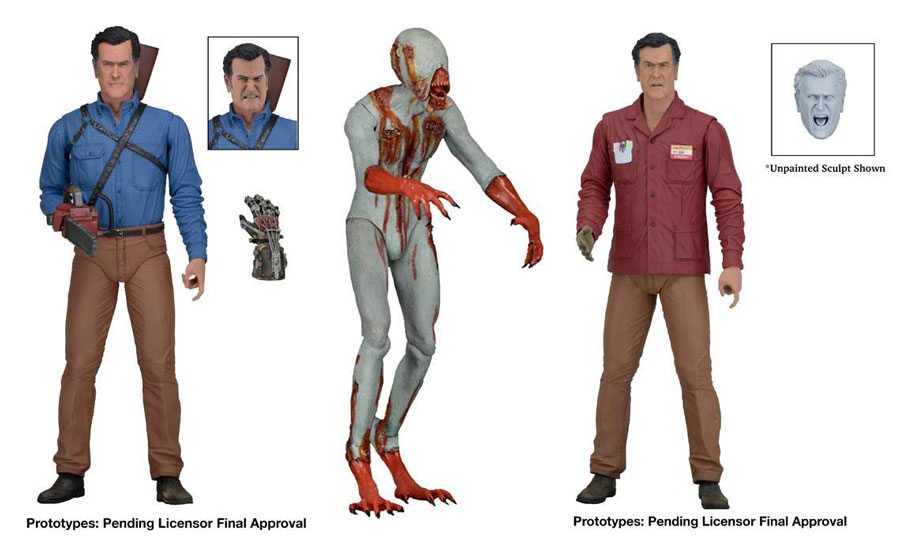 The Ash vs Evil Dead action figures can be pre-ordered on Entertainment Earth as a bundle, at a price of $59.99. Or, if you’re interested in scoring a bunch of figures, they also offer a case of 14 figures (5 of each Ash and 4 of Eligos) for $279.99. The estimated release date is for the figures is sometime in August – September 2016, though NECA will be displaying finished figures at SDCC 2016. And, of course, as these figures are series one, that would imply NECA is planning more figures. Next up, we definitely need Pablo and Kelly action figures, and I vote for Ruby as well. If you’re interested in picking up single figures, you can find Value Stop Ash, Hero Ash and Eligos on Amazon. In any case, if you’re an Ash vs Evil Dead fan, don’t miss out on these figures.