New details have been released about the latest collaboration between DC comics and Prime 1 Studio, the Batman Beyond Outfit Statue from Batman: Arkham Knight. The statue is based on the Batman Beyond design from the animated series of the same name and features Bruce wearing Terry McGinnis’ suit. Two versions of the Arkham Knight Batman Beyond Statue will be made, one regular and one Exclusive version.

The statue will be made in 1/3 scale, making its height approximately 33 inches (~84cm), made in such incredible detail it almost looks real. The sculpt is absolutely amazing with every part designed with an authentic likeness to the video game starting from the head with the famous Batman frown, continuing with the detailed torso with the iconic belt, and down to the legs and feet. Every part of the statue is an incredible feat of engineering and sculpting.

Added accessories and interchangeable parts are a Classic Head Portrait and a Mouth Armor Portrait, and two pairs of hands, one being a pair of fists while the other is a pair of palms. The exclusive version will also include a Switchable palm for holding the Batarang. A highly detailed base resembling Gotham decaying buildings is also included.

As of now, the Arkham Knight Batman Beyond statues will both be available sometime between September and November 2016, and the statues’ retail price will be $949 for both versions of the statue. The difference between the two versions will also be in the edition sizes, with the regular version featuring 1000 statues, and the Exclusive edition featuring 750. Pre-order the exclusive version here from Sideshow, or the regular version by clicking here. It’s worth adding that the statue is currently still in the prototype phase and that its development might change, which is why it is important to monitor Prime 1 Studio’s Facebook page, as it is their official source of information. 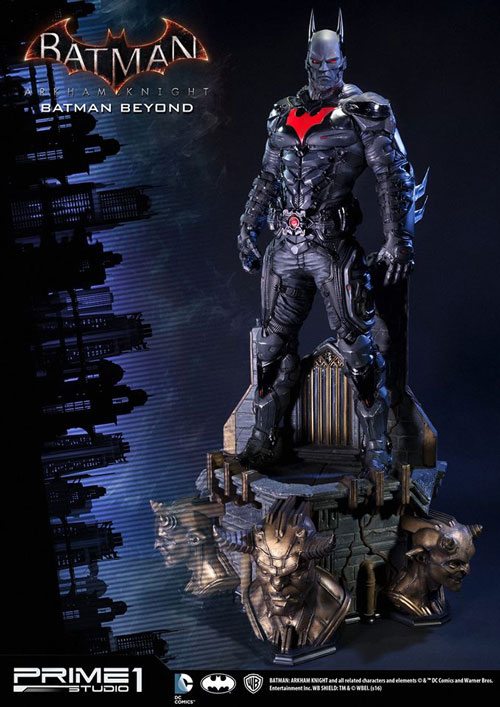 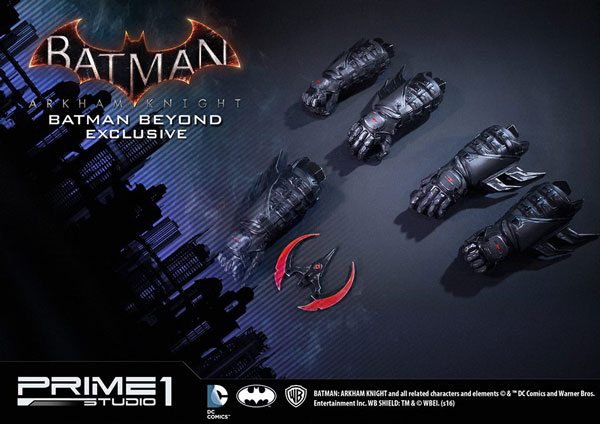