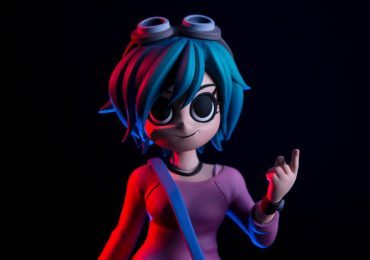 Mondo has decided once again to make it their personal mission to improve the lives of collector’s everywhere. This time, they’re bringing us a Ramona Flowers figure, part of the Scott Pilgrim Comic Series (Knives Chau next, please.  Pretty please?) Scott Pilgrim’s love interest will be made in two versions, one regular and one Mondo Exclusive. Mondo hasn’t announced any other Scott Pilgrim figures they might be bringing out, but the fact that they refer to is as coming from “the Scott Pilgrim comic series,” gives us hope. Sure, they could just be saying that the character of Ramona Flowers comes from that series and will resemble her comic book appearance, but DON’T TAKE MY DREAMS FROM ME! Also, did we mention that they should make a Knives Chau figure next?

Details on the Ramona Flowers Figure

Ramona will be just under 9 inches tall (~22 cm) and will feature 7 points of articulation. As mentioned, the figure is being made to depict Ramona as seen in the comic book series, and not actress Mary Elizabeth Winstead from the 2010 film adaptation. For her accessories, she’ll have her “Titanium Baseball Bat (+1 Against Blondes)” and a “Large Hammer (+2 Against Girls)”, as well as her “Subspace Suitcase & Strap (Storage Capacity: Unknown)” and 2 interchangeable right arms. The exclusive version also features a small Scott Pilgrim in her Subspace Suitcase as an interchangeable part. All parts are made out of high-quality PVC/ABS plastic. 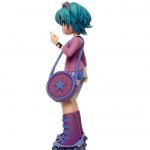 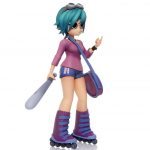 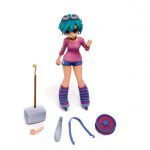 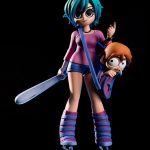 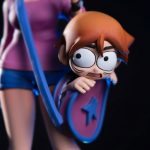 This is definitely one collectible that’s worth checking out. However, the exclusive edition will only be available for 72 hours, and the pre-order period began yesterday. You’ve got until noon on Friday, July 1st to snag one, so get on it! For the regular one, there’s no time limit, but that doesn’t mean you should dilly-dally because Mondo’s collectibles are famous for being hard to find as they sell out quick due to small edition sizes. The regular one costs $50, while the exclusive one costs $55. If you’re going for it, we say go for the exclusive. Both versions are expected to arrive sometime during the first quarter of 2017.