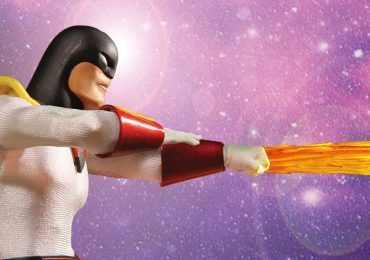 Mezco Toyz has revealed its latest addition to their One:12 series of action figures. This time, they’ve decided to develop an action figure that few would expect considering their previous endeavors. Feast your eyes on the just announced One:12 Collective Space Ghost action figure, the iconic Hanna-Barbera character. Perhaps this choice is not that odd actually considering that Future Quest has just begun publishing under DC comics, and DC has had a long-standing partnership with Mezco.

As with other One:12 figures, this one will also feature hyper-realistic portraits, a highly detailed real fabric tailored uniform, and a super articulated body with 32 points of articulation. Similarly to Shazam, Space Ghost also features a posing wire integrated into his cape. 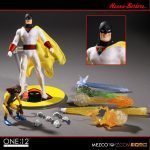 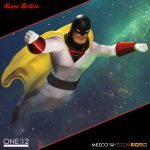 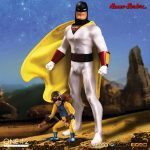 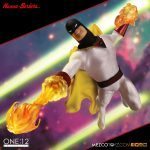 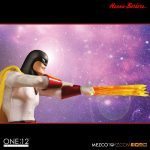 The One:12 Collective Space Ghost action figure is currently up for pre-order on Mezco Toyz webstore for the price of $70, and is also available on Amazon, with an estimated release date being sometime between November and December this year. The figure is definitely worth it, considering the quality and numerous accessories, so be sure to snag one, especially if you’re a Space Ghost fan.