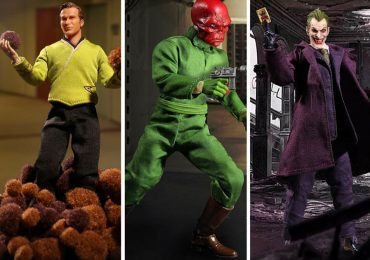 If you’re not familiar with the Mezco One:12 Collective line, you should be.  Recently, they’ve been knocking it out of the park with figures like the Punisher, Space Ghost, and Shazam. Well, they just turned up the heat at Comic-Con, with a wave of Mezco One:12 Collective previews . If you’re not dying to get your hands on at least one of these figures, then, uh, you probably like Kale smoothies, punching adorable pug puppies, and not helping old ladies with their groceries.

So, here are the figures that are coming out: Nightmare Batman, The Joker, Full Loaded Punisher, Spider-Man, Captain Kirk Trouble With Tribbles, Captain Kirk’s chair that lights up and makes noises, Black Adam, Arsenal, Red Son Superman, Deathstroke, Diabolik, Read Skull Classic, Commander Rogers, Deadpool, and the diggity ding dang original Ghostbusters squad. WHAT?!?! As more than one person has put it, “there goes the rest of my money.” Seriously, though, take a minute to peruse these preview images.  I’ll wait. 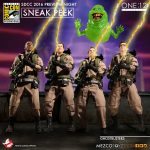 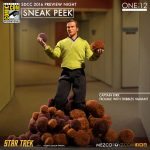 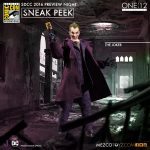 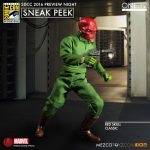 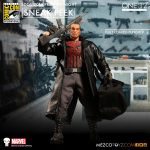 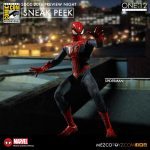 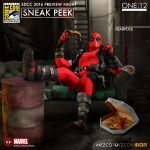 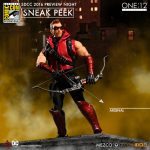 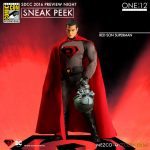 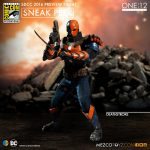 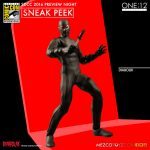 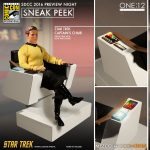 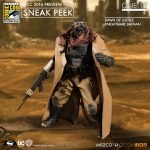 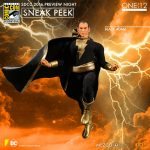 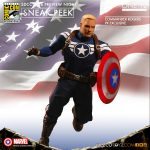 OK. The Joker, Tribbles Kirk, and the Ghostbusters are musts at the very least. For those of you who may not be familiar with Mezco’s One:12 Collective line, they’re a little bit more expensive than the basic action figure, generally around $70 – $80, though some of the deluxe or slight more epic versions cost a bit more. Which isn’t exactly cheap, but for that, you get characters with an awesome sculpt, superior articulation, tons of great accessories, and hand tailored fabric outfits. They’re pretty epic.

No ordering details for the figures yet (though, as with the others, they should fall in the $70 – $80 range) or expected release dates, but we’ll probably be hearing more regarding those details soon. We’ve said it before, but seriously, Mezco is knocking it out of the park with these figures. And someday, someday they’ll hear the cry and make a Khan action figure (I feel silly having to specify this, but the Ricardo Montalban version from Wrath of Khan, of course.)