There’s no doubt about it McFarlane Toys have been revealing a lot lately and now they’ve hit a triple whammy.

Just recently on social media McFarlane Toys have revealed that they have acquired the Mortal Kombat license by sharing an image of the iconic Finish Him!  that would appear at the end of a fight in the Mortal Kombat game series.

It’s unclear at this time what games their license covers, though Mortal Kombat 11 is out later this year so you can be sure they’ll be covering that. It would be very interesting if their license covers the other games as the characters costumes did change a lot over the years.

I’ll be curious to see if McFarlane have anything to show for the license at Toy Fair as the new game will be out in a few months time. 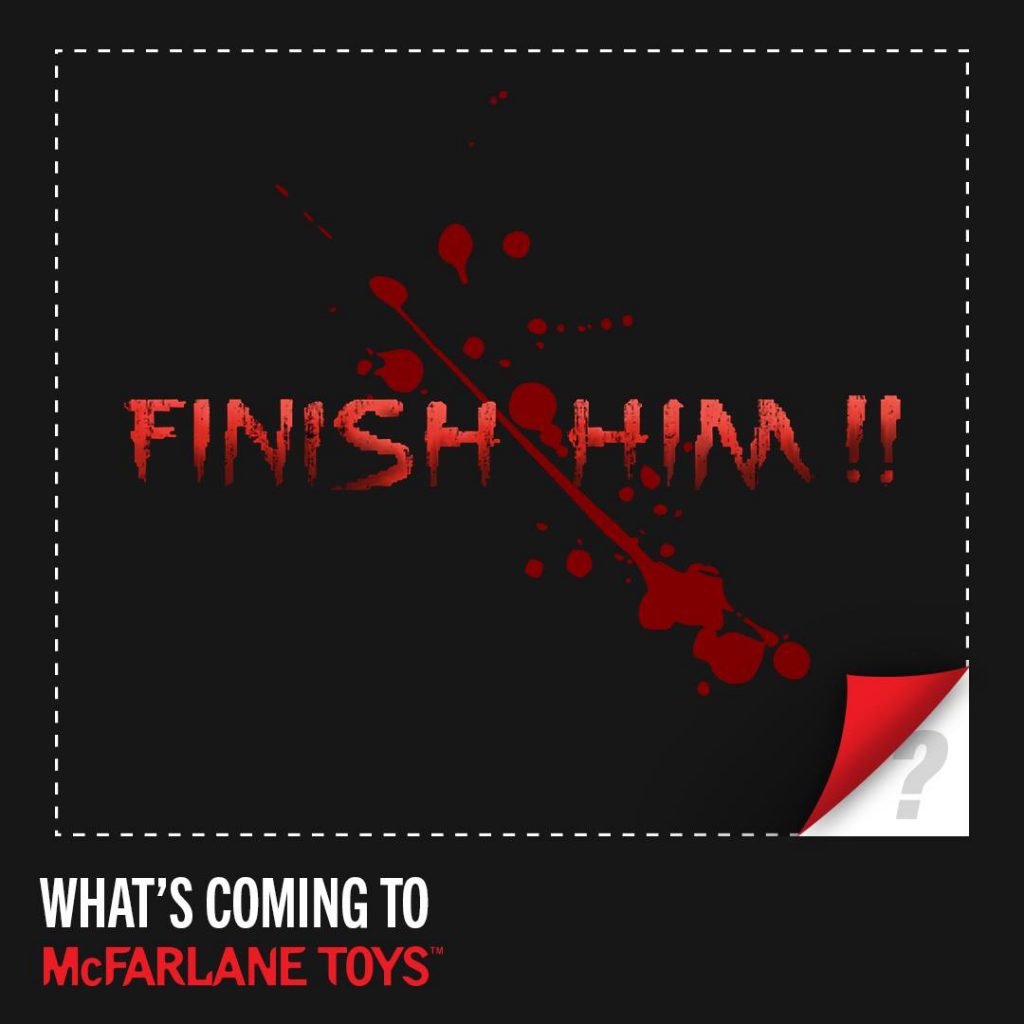