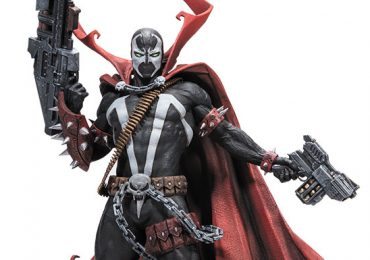 But Wait, Is the Spawn: Rebirth Action Figure Really a Statue?

DC Comics isn’t the only company’s that’s been into the trend of rebirth lately. McFarlane Toys has just announced they will be releasing two versions of a new figure, dubbed the Spawn: Rebirth action figure. This will be the first Spawn figure made in a while, so the rebirth part name is befitting. The figure will be made as part of the Blue Wave in the Color Tops series. The regular edition will be number 10 in the series, and the exclusive edition will be number 11.

Both versions of the figure will be 7 inches tall and feature no articulation. Wait, an action figure with no articulation? That sounds like a statue, and that’s definitely odd considering that the figures are being marketed as action figures. Lack of articulation aside, the sculpt looks pretty great, and you can see a loit of detail, like Spawn’s muscles and veins, while he’s wearing his signature black and white costume. He’ll be wearing his red cape, have spiked gauntlets and boots, and weapons in both of his hands, a pistol and an assault rifle. 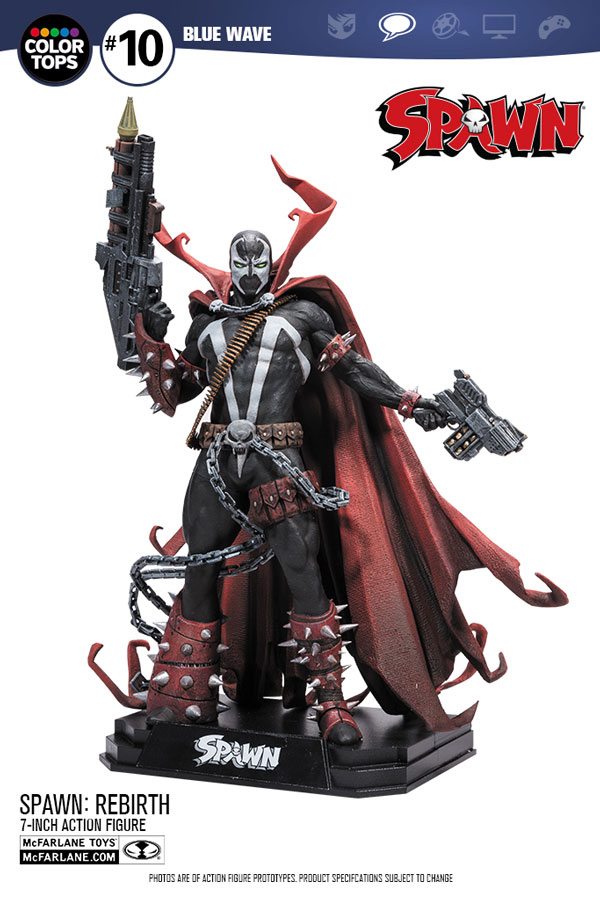 The difference between the regular and the exclusive versions is that the exclusive one will also feature an interchangeable head titled “Hamburger Head” (which is basically Spawn without his mask). The exclusive version will only be available through Toys “R” Us. Both figures come standing on stylized bases with the Spawn logo, which is nice for display purposes. 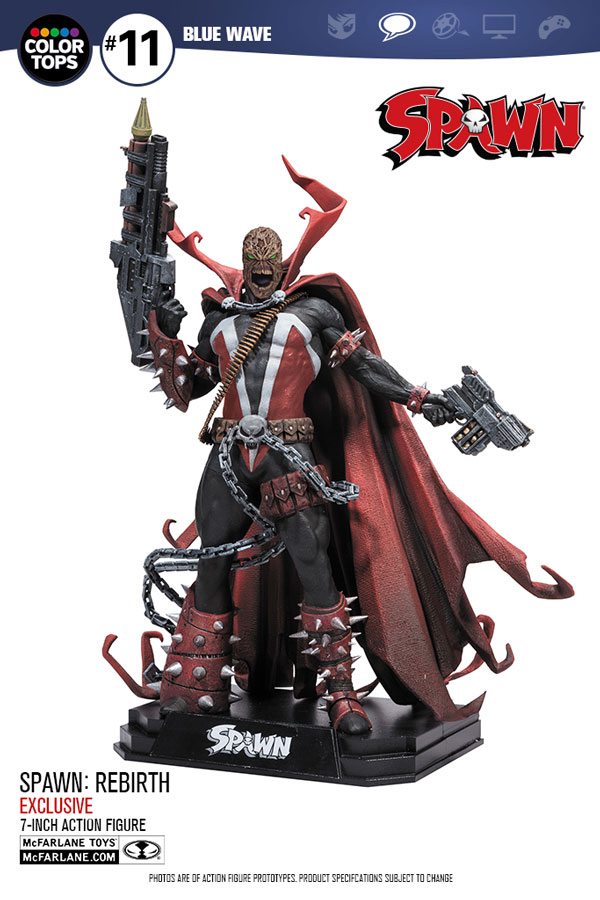 The suggested retail price for both versions of this figure is $19.99. As with other Color Tops figures, you can purchase the regular version through Big Bad Toy Store, and Entertainment Earth. The estimated release date for the Spawn: Rebirth action figure sometime in November 2016. It’s great to see new Spawn collectibles from McFarlane and let’s just hope they keep making more. If you can get past the lack of articulation, this one definitely looks worth picking up.