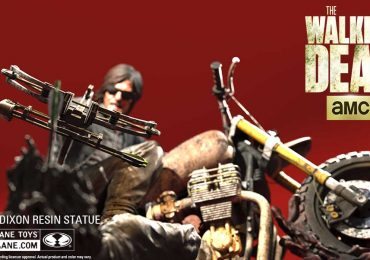 The two new 5″ figures are for Aaron and Constable Rick Grimes (meaning he’ll be dressed in his police uniform.) The two figures will be Walgreen’s Exclusives, come in blister packs, will be priced at $15 each, and are expected to arrive this winter. 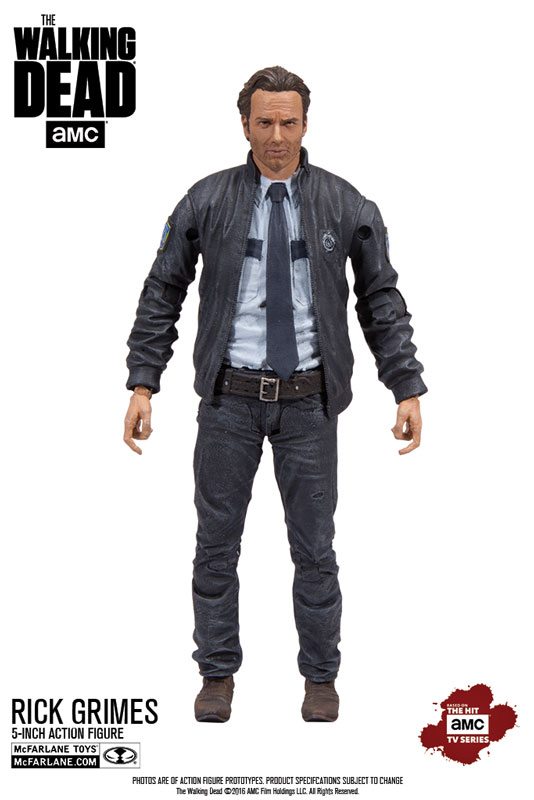 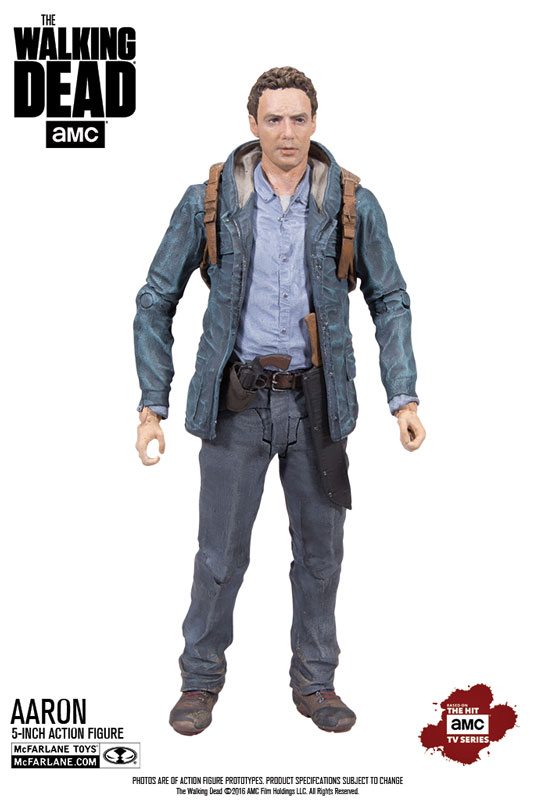 Next up, McFarlane is bringing us a role-playing prop from the comic, Negan’s beloved barb-wire wrapped bat, Lucille. The bat will be 32 inches long, also be arriving in the winter, and cost $29.99. Lucille’s not yet ready for pre-order online. 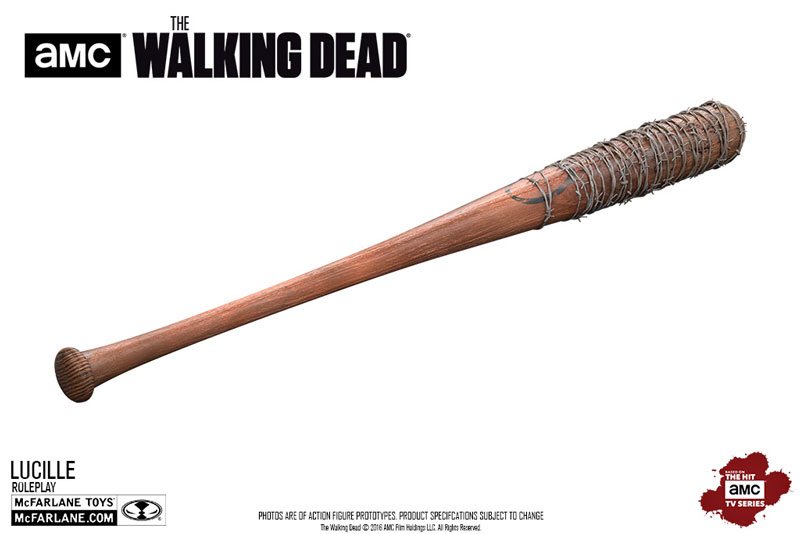 However, by far the coolest of the Walking Dead collectibles revealed was the Daryl Dixon resin statue they’ve got coming. The statue was created, developed and designed by Todd McFarlane and the McFarlane Toys design group, in partnership with AMC. Unlike the other collectibles, this one will be a limited edition release, with each statue being individually and sequentially numbered, and accompanied by a certificate of authenticity hand-signed by Todd McFarlane. The details on the sculpt and the paint job looks great, especially when it comes to the poor walker caught under Daryl’s front tire. A total of seven walkers are featured spread around the resin base. The statue, which can be easily assembled thanks to magnetic pieces, will stand over 10 inches tall, and will be over 14 inches wide. An interchangeable head with Daryl wearing sunglasses will also be included. 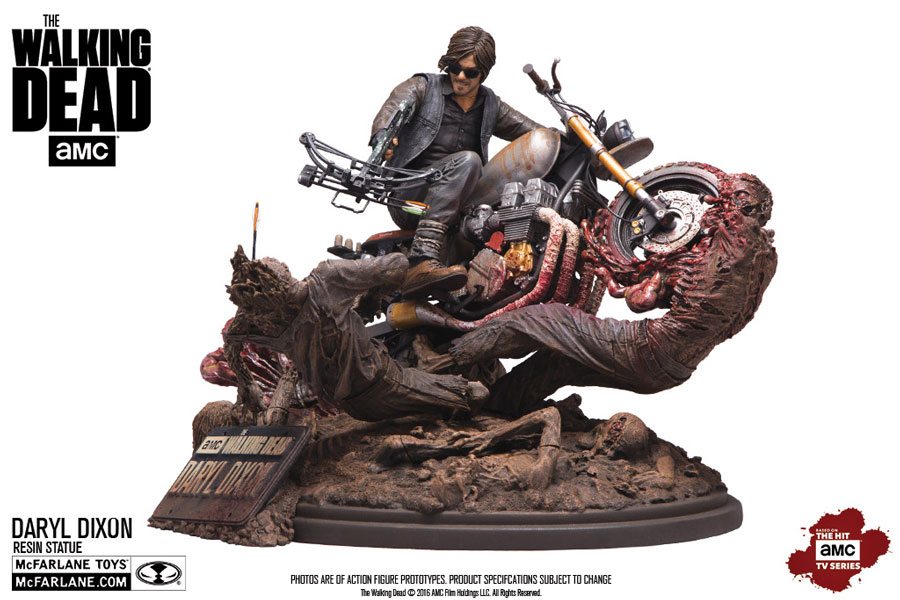 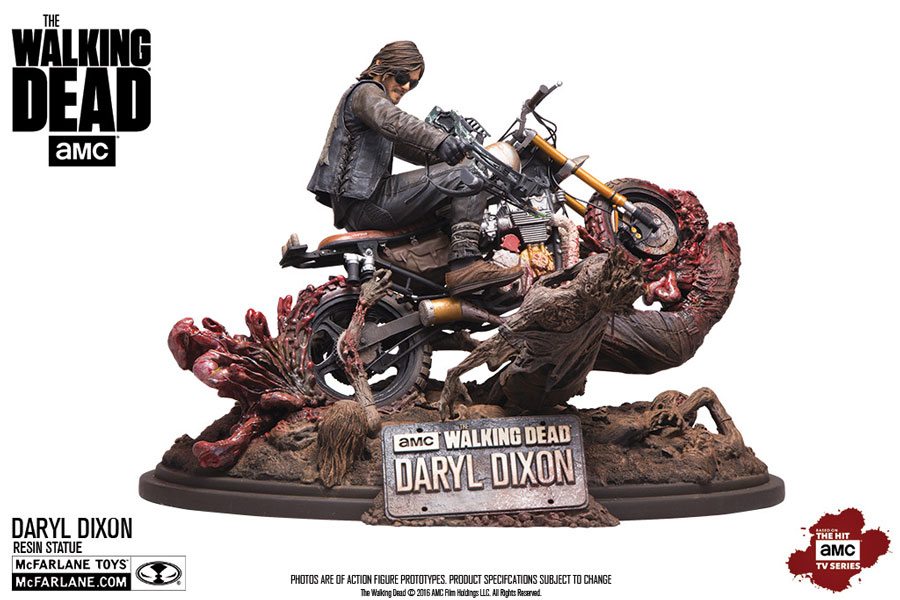 The suggested retail price for the statue is $295, and as with the other collectibles, it will be available this winter. You can pre-order your Daryl Dixon statue now over at Entertainment Earth.