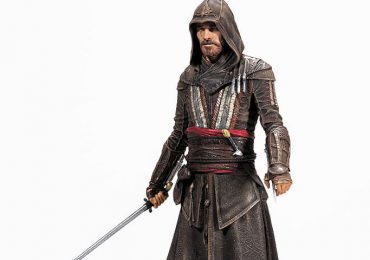 With the Assassin’s Creed trailer being recently released, and the massive hype/hysteria that ensued online, it was only a matter of time before manufacturers licensed and created new collectibles based on the m0vie. Among the first into the fray is McFarlane Toys, with an Assassin’s Creed movie action figure and a movie related role-playing prop. 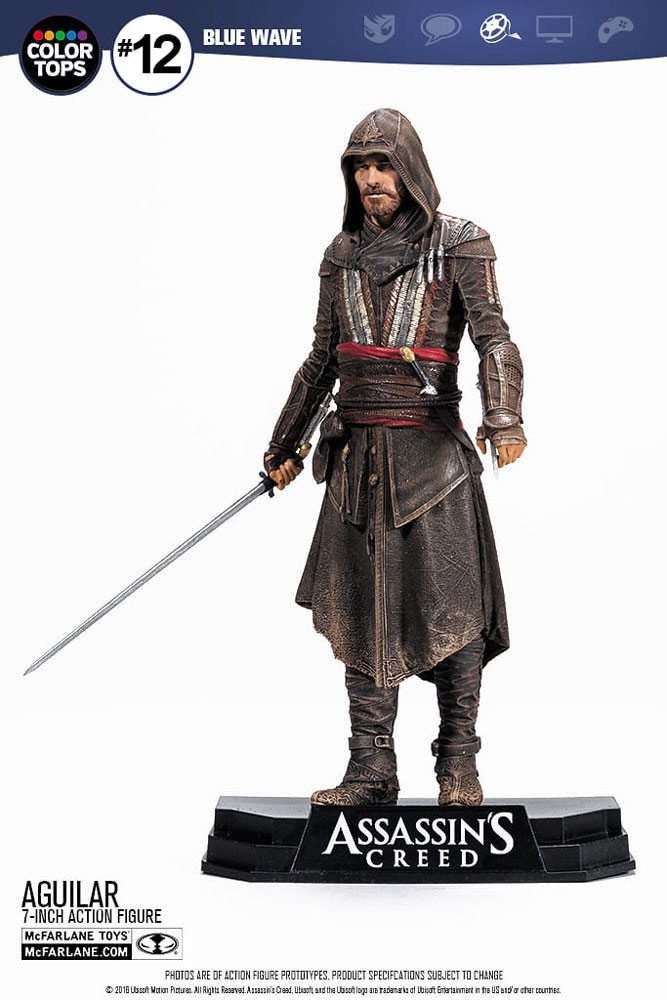 The figure is of the movie’s protagonist Aguilar, a 15th-century Spanish assassin portrayed by Michael Fassbender, who was discovered in the memories of Callum Lynch. The figure will be 7 inches tall (~17 cm) and feature a sculpt made using 3D scans of Michael Fassbender. Standing on an AC themed base, we can see Aguilar standing in the iconic Assassin’s robe and holding a sword in his right hand, while having the famous assassin’s hidden blade on his left hand. The figure will belong to the McFarlane Color Tops series. More precisely, it will be the 12th figure in the Blue Wave.

The second collectible created by McFarlane is a full-size replica of Aguilar’s hidden blade. The hidden blade was designed using the movie prop itself for measure, and it features a button-activated mechanism for extending the blade. It also features an Easy-to-use slip-on gauntlet with cinch cord for a comfortable fit around all adult arm sizes, and a safety mechanism, and can be used on both the left and the right hand. 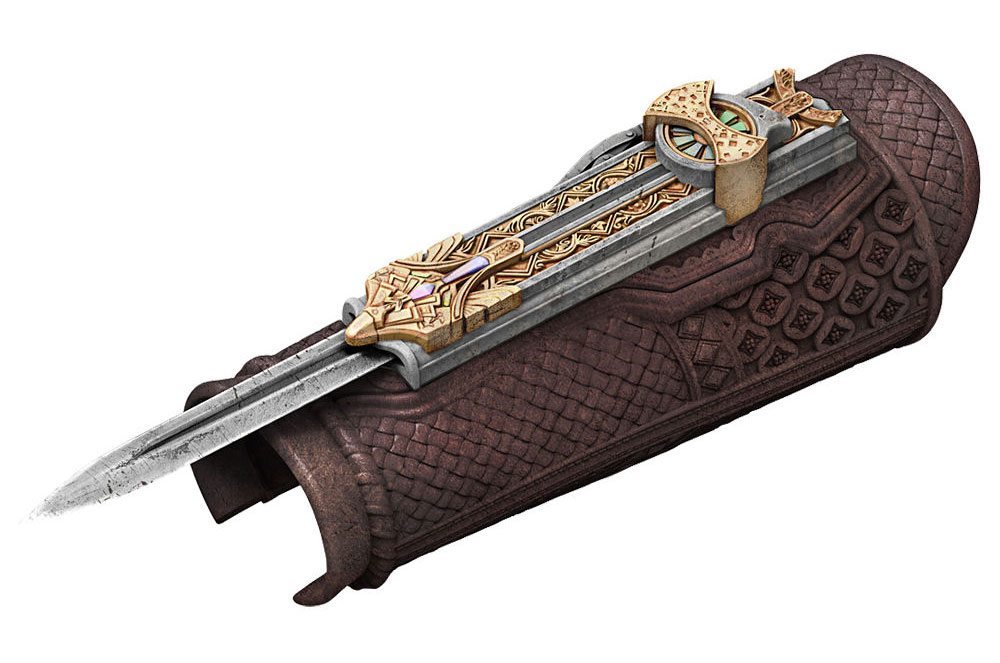 Both the Assassin’s Creed movie action figure of Aguilar and the Hidden Blade look really great and are up for pre-order on Entertainment Earth, with the Aguilar action figure being $17.99, and the Hidden Blade being $27.99, which is definitely worth it for these great collectibles. However, if you decide to purchase the Hidden Blade on McFarlane’s webstore, you will also receive a ticket to see Assassin’s Creed when it hits theaters, a digital copy of the movie script, and some behind-the-scenes extras, which is definitely a great bonus if you’re a fan of the franchise.