Overall I am pretty impressed with this figure and he's a great variation of Iron Man. His sculpt and paint are great and the articulation is near perfect and he comes with a nice display base, which is a real plus. If you're an Iron Man fan, you'll want to have this in your collection.

To Search Amazon for This Figure:

Today I’ll be reviewing Marvel Universe Series 2 figure number 33, Iron Man 2020. For those who don’t know, Iron Man 2020 is Arno Stark, a future first cousin of Tony Stark (don’t ask it gets confusing). Rather than be a superhero he works like a merc for hire and for his own beneficial gain though of late he’s become more heroic. 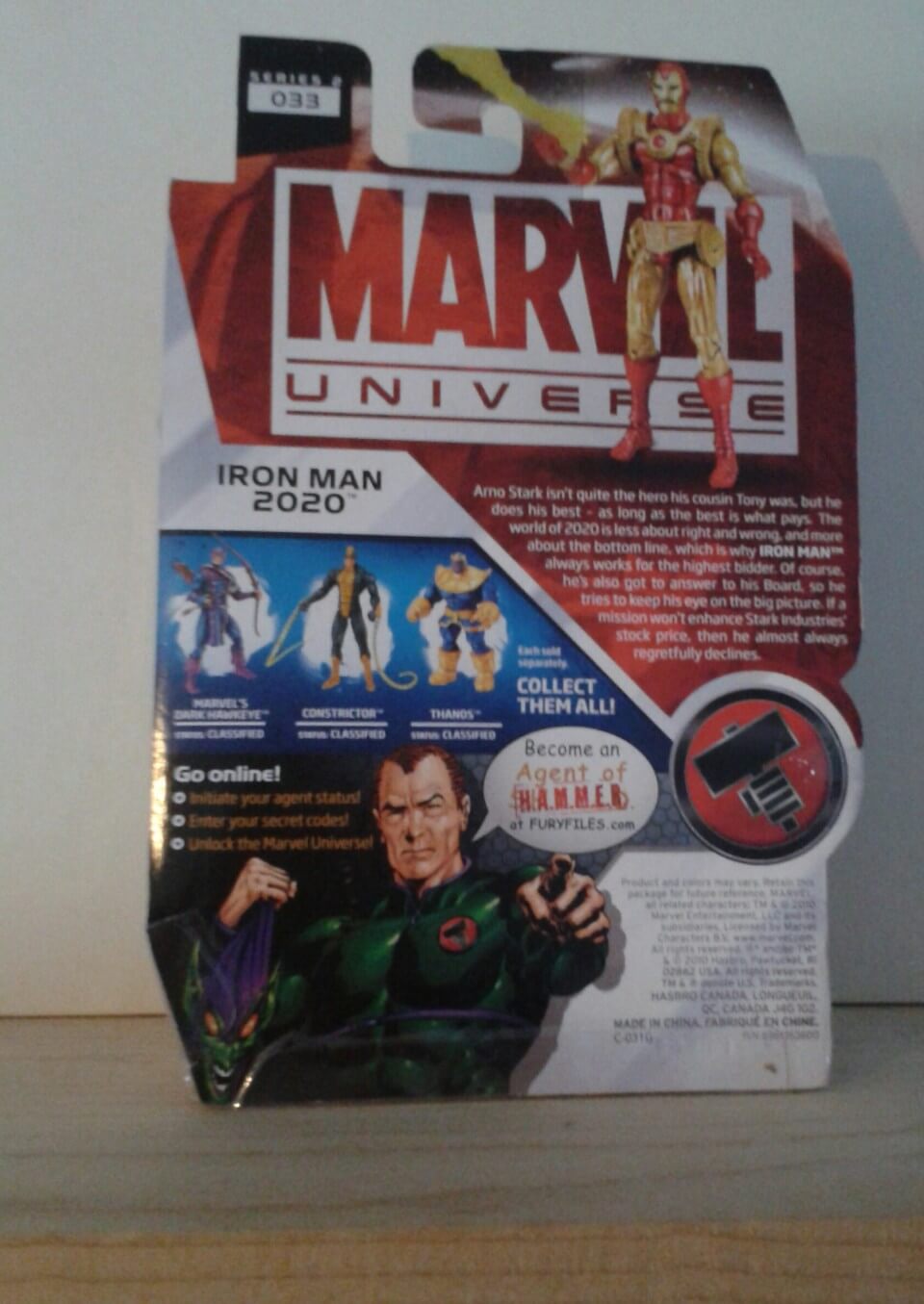 This is standard packaging for Marvel Universe. Nothing really special at all. You can see the figure and his accessories clearly displayed with the artwork he is based on at the top. On the back we have a  small biography along with an image of the figure with an advert for the other figures in this series Dark Hawkeye, Constrictor and Thanos. There’s also an advert of Norman Osborn telling you to join H.A.M.M.E.R. I had no trouble opening it.

As you can see Arno’s armor is a lot different from that of his cousins. It looks new but also old-fashioned and retro at the same time I think it’s to do with the gears and such like. The head sculpt is great too it’s a bit different from what I have seen before because he has teeth on the mouth of the helmet. I really love the belt and upper chest armor. I’m not sure if this is a re-use as I don’t know much about the Marvel Universe Line. What I can tell you that he is the original red and gold which has come great on this figure a lot better than I was expecting it looks a bit muted but glossy which looks fantastic. I saw no errors either, which then again would be hard to come by on a figure like this in two colors and there’s no paint rub either.

It may be only in two colors but you still get a lot of detail in the figure, which is great especially in the machinery parts like the cogs round his shoulders.

I have taken a picture of him next to Psylocke and he’s a bit taller than her, which is correct. So he’s in scale. 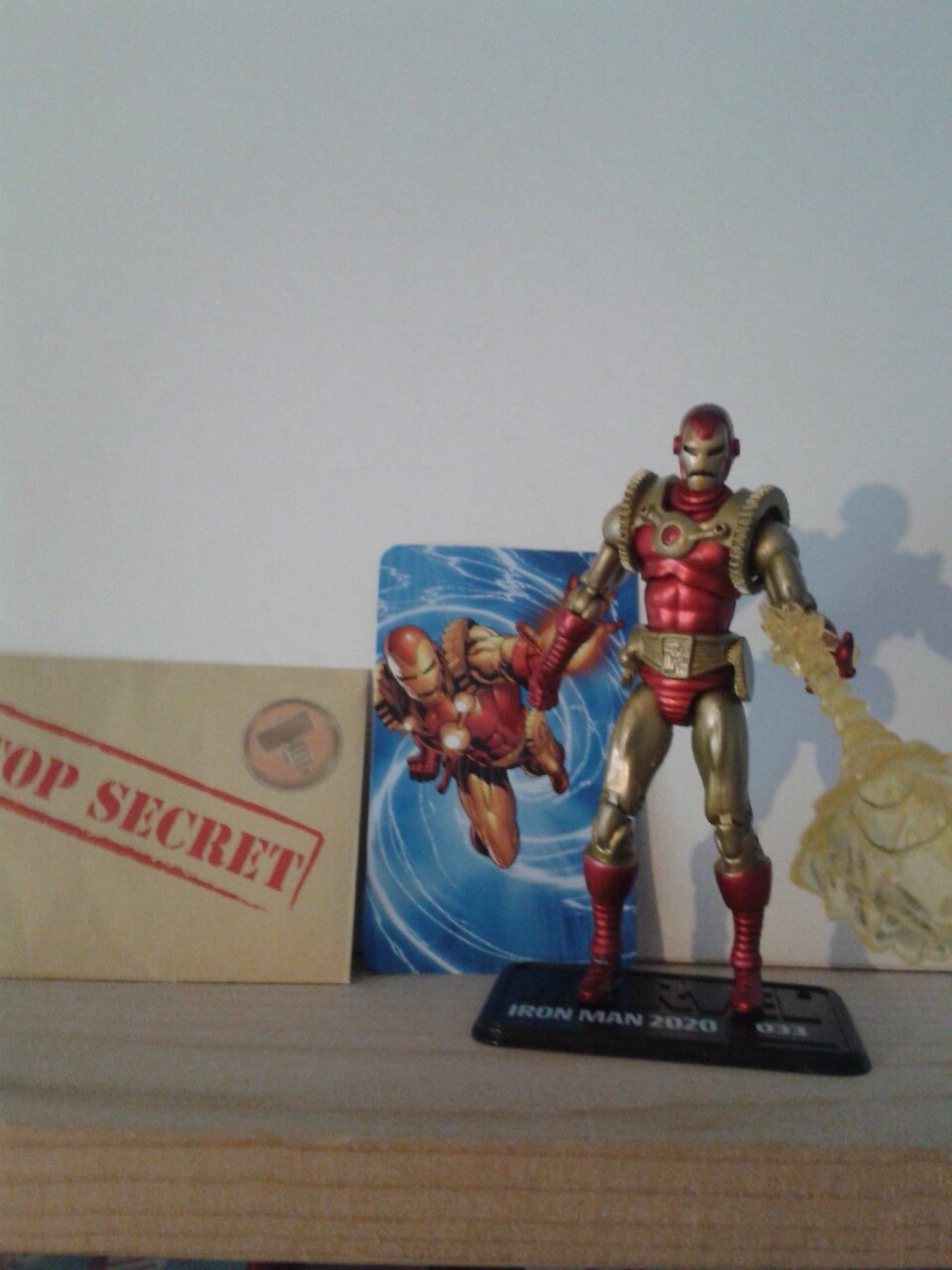 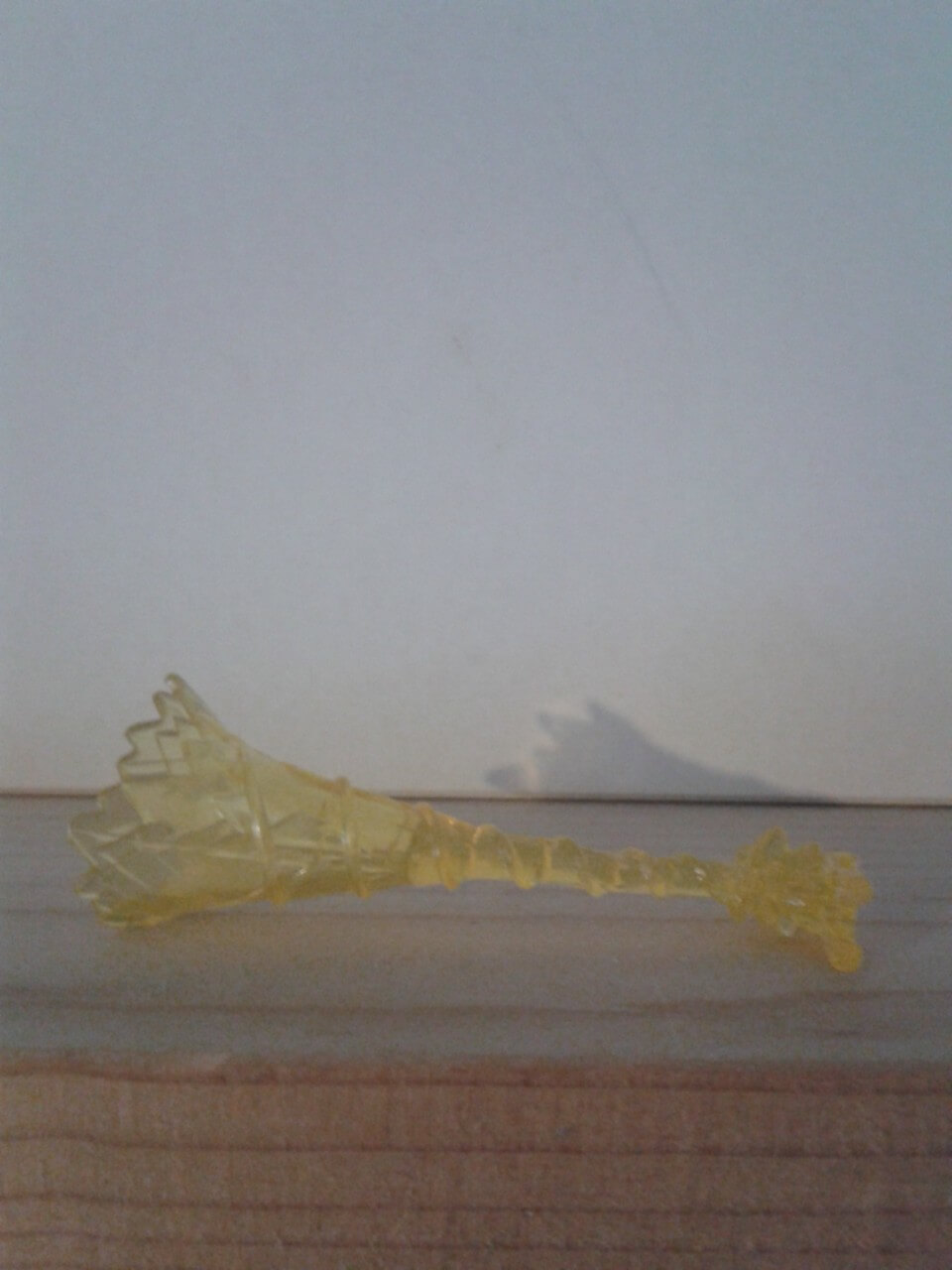 Iron Man 2020 comes with three accessories; a Secret File envelope with a small H.A.M.M.E.R letter about Iron Man 2020, instructions to join H.A.M.M.E.R and a small cheap art card of Iron Man 2020. He also comes with a large energy blast, which is made of yellow clear plastic; it looks great but it does not work so well on him.

He also comes with a base, which has his name and number along it with the Marvel Universe Logo. It’s molded in black just like the others and it has two pegs for him to go on, which really helps the figure stand up. 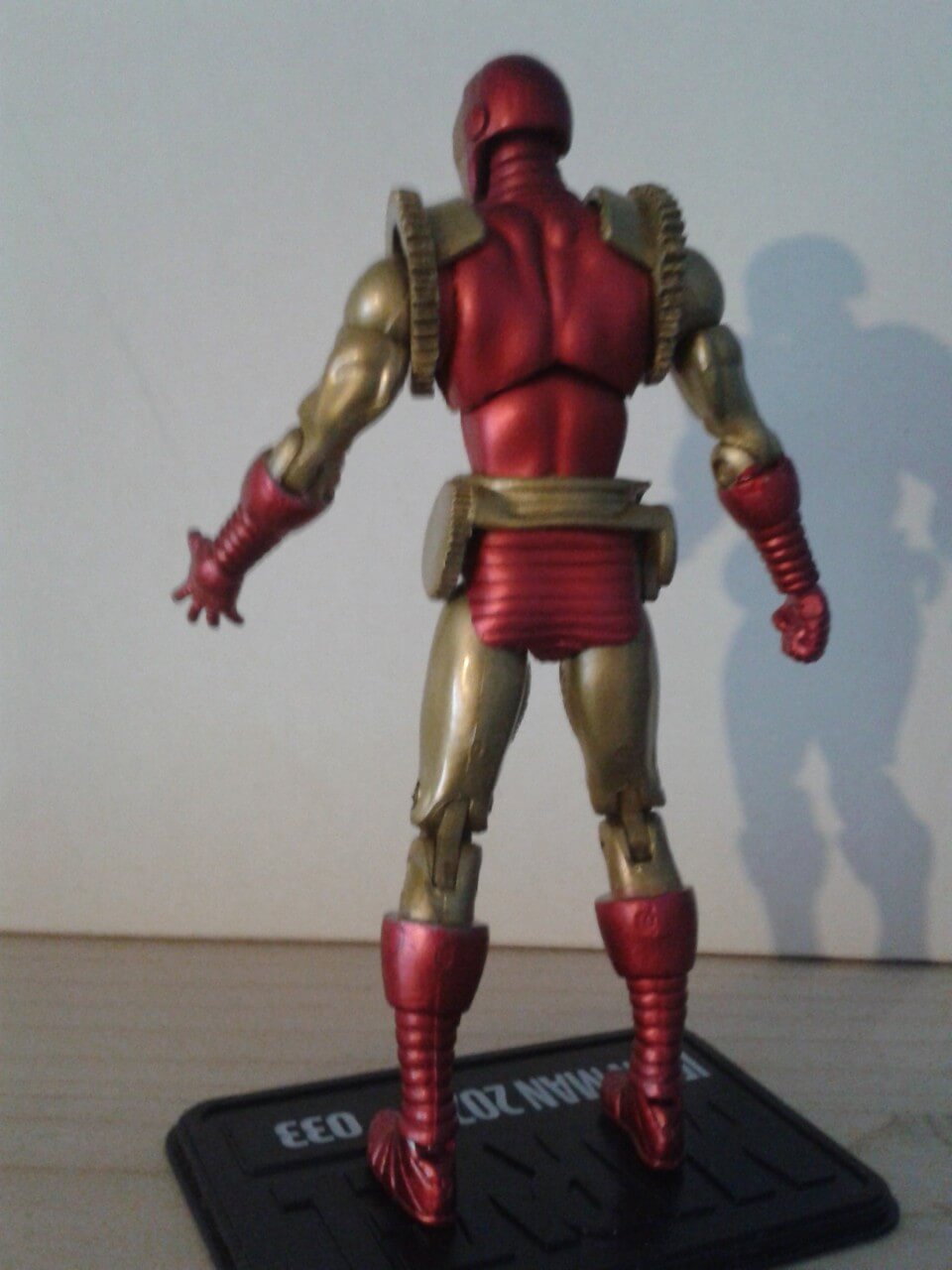 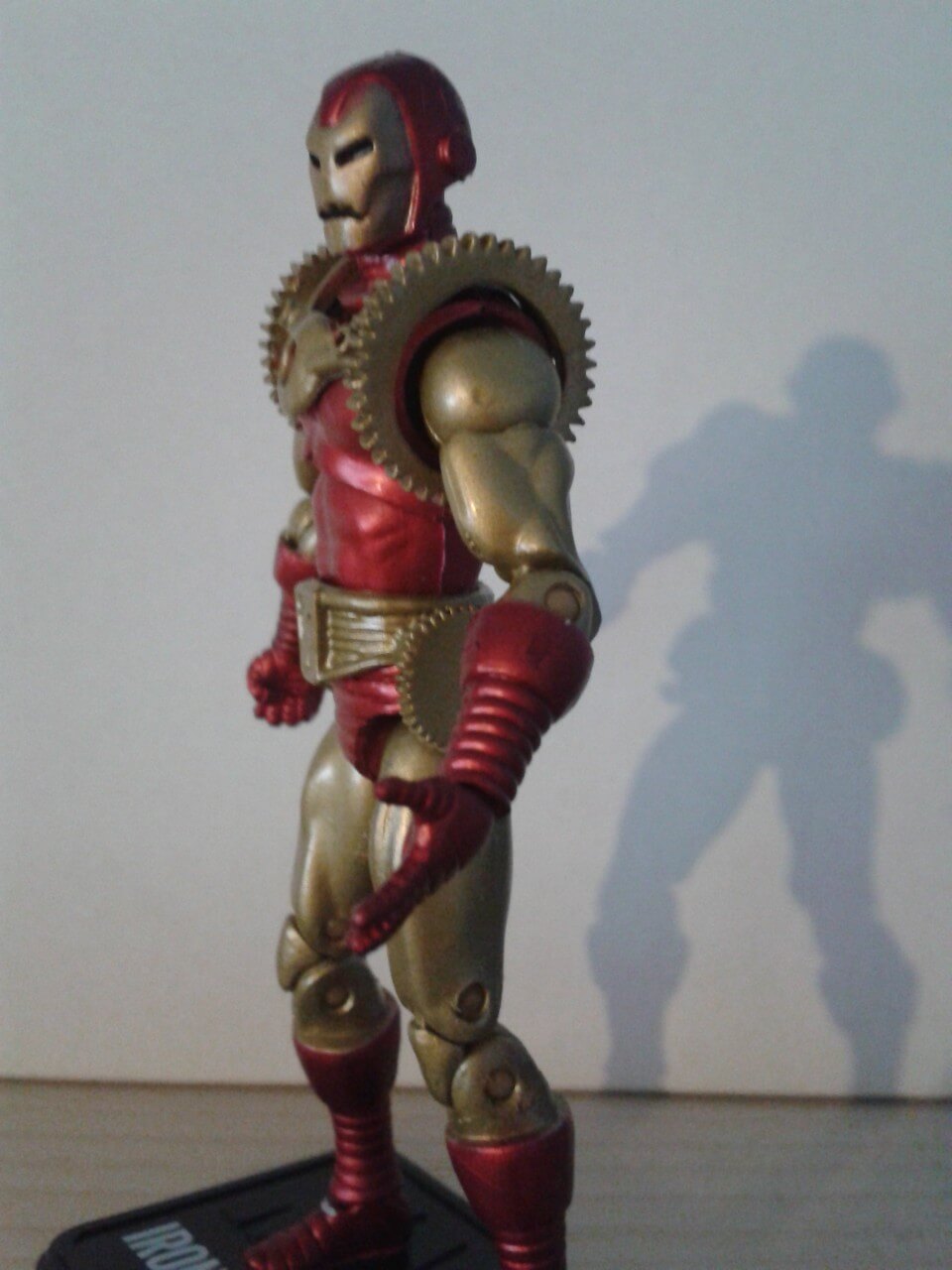 Iron Man 2020 comes with plenty of articulation. He comes with:

Overall I am pretty impressed with this figure and he’s a great variation of Iron Man. His sculpt and paint are great and the articulation is near perfect and he comes with a nice display base, which is a real plus. If you’re an Iron Man fan, you’ll want to have this in your collection; he’ll really stand out and he looks great on display, as you can get him in a wide variety of poses. Though I highly doubt if he’ll appear in the Marvel Legends Line. If you’re a fan, this character it is simply a must have.

UPDATE: This figure is sold out at many retailers.  If you want to find him, Amazon still carries him, and you can always move on over to eBay and search around for a deal on this Marvel Universe Iron Man 2020 action figure. 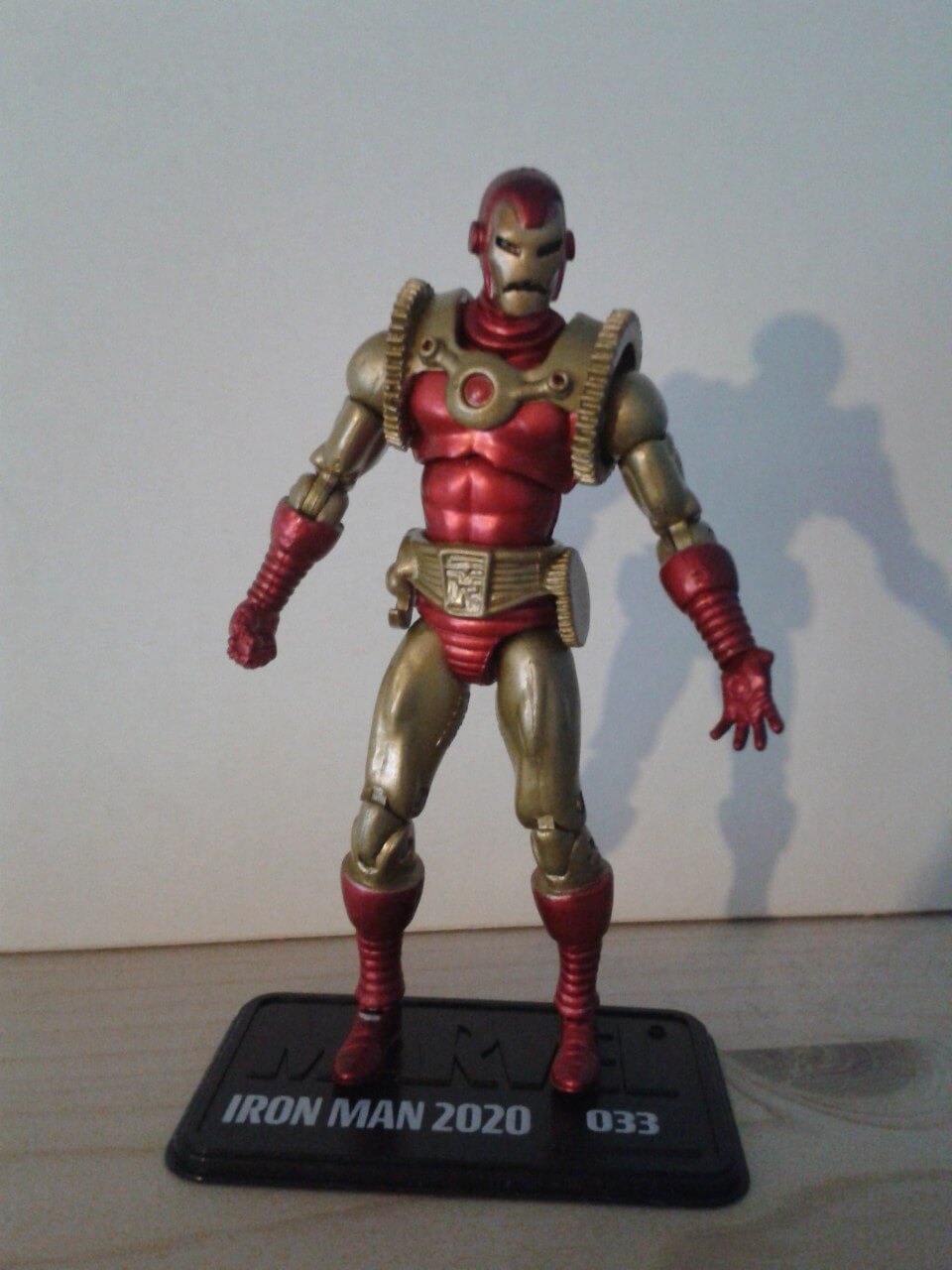 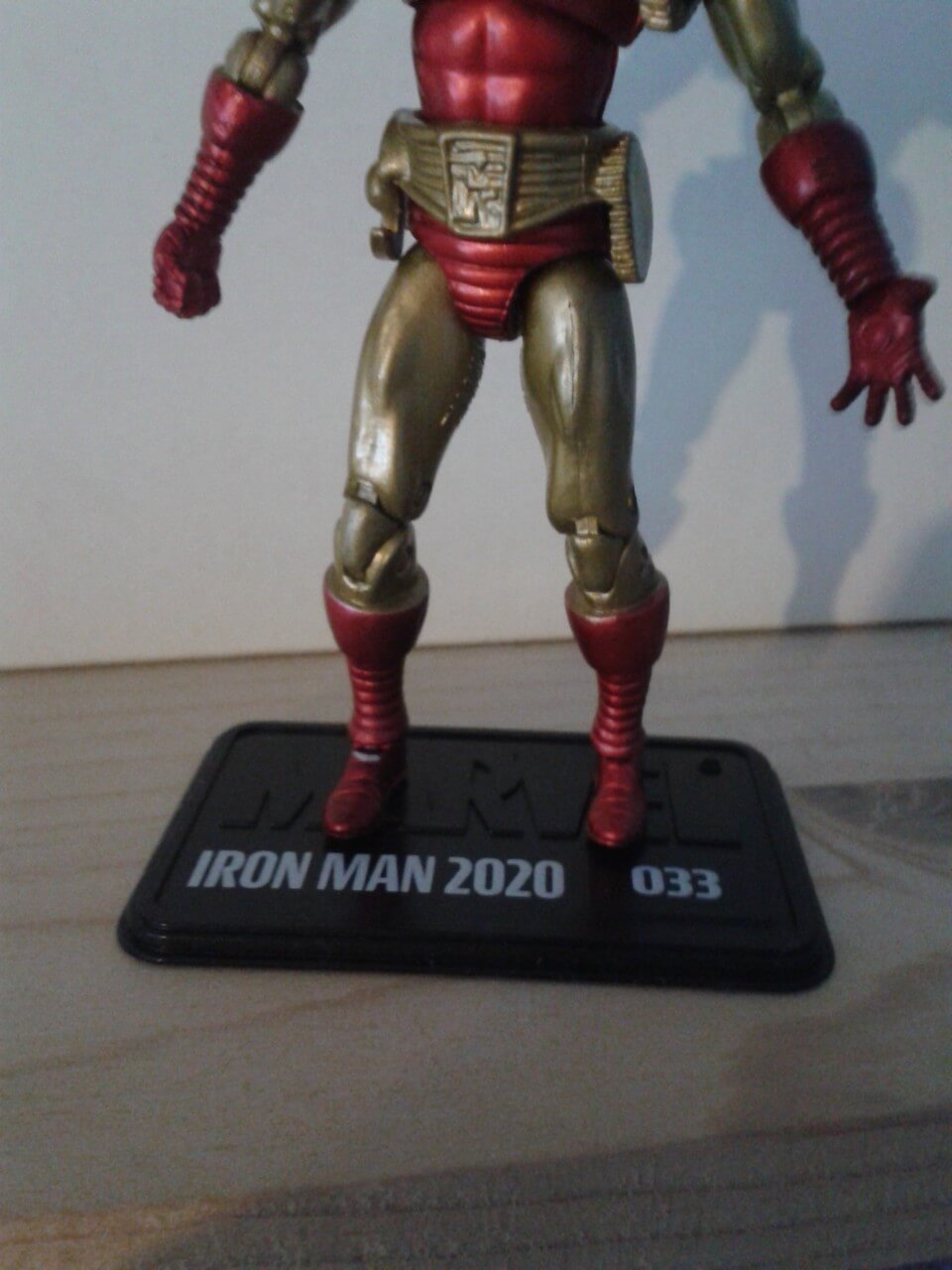 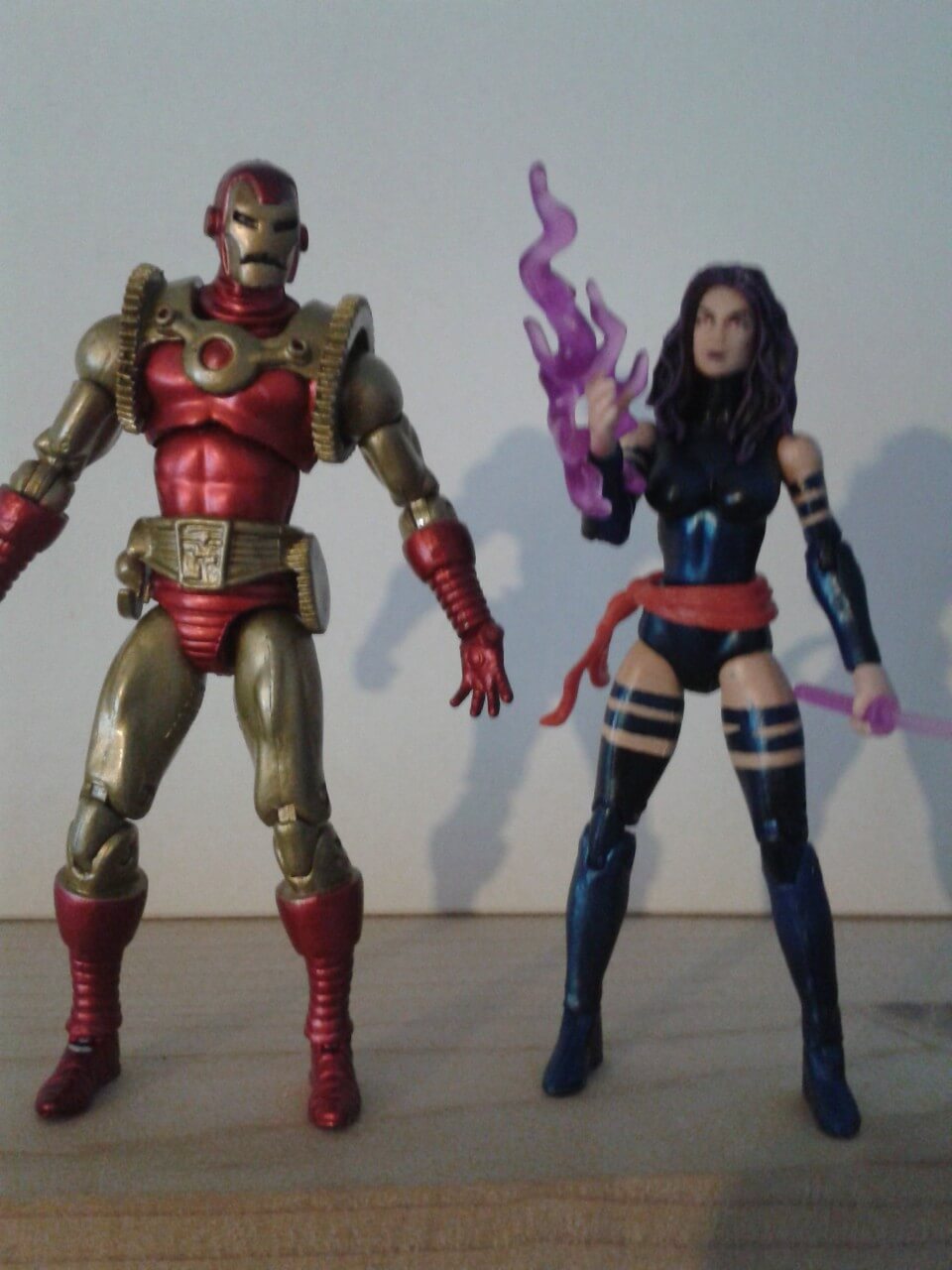