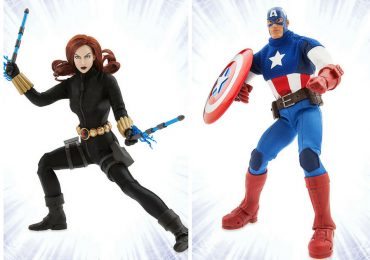 New listings on the Marvel Store have revealed a new line of action figures that will be exclusive to the Marvel store and Disney stores. So far, Black Widow and Captain America figures have been revealed in the new Marvel Ultimate Series Premium action figures line-up, though more are expected. The figures have a retro feel and bring to mind classic Mego style figures. Though with all the accessories and fabric costumes, they also bring to mind Mezco’s One:12 collective line of figures.

Black Widow will be an estimated 10 inches (25.4 cm) in height, and feature over 30 points of articulation. The figure will also have a removable fabric outfit with a full front zip. For accessories, the figure will come with a pair of interchangeable fists, gauntlets with the “Widow’s Bite” effect, a pair of pistols, a pair of electric batons, and a rifle. 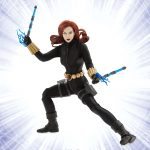 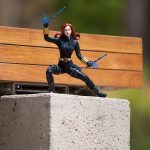 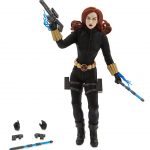 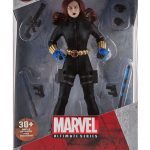 Captain America will be an estimated 11.5 inches (29.2 cm) tall, and also feature over 30 points of articulation. The Cap will also come with a removable fabric outfit, with a back zipper. For accessories, Captain America will, of course, come equipped with his iconic shield, which can be attached to his arm. He will also be getting a detachable belt, and a pair of interchangeable fists. 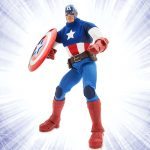 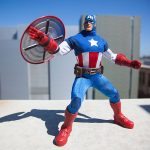 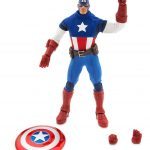 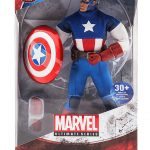 As of now, the Marvel Store has both of the new Marvel Ultimate Series Premium action figures up for pre-order (Captain America, Black Widow), both for $34.95. There’s no word yet on an expected shipping or release date for the figures. Based on the look, fabric outfits, accessories and size of the figures, the price seems very reasonable. Here’s to hoping they announce additional figures for the line soon.