How Tall is the Statue?

What is the State Made of?

The statue is made from high-quality PVC and ABS plastic.

The only accessory the statue comes with is a display base. It will also have magnets in its feet to help stick more solidly to the base.

What Other Spider-Man Themed Statues Are In the ArtFX Line?

So far, Kotobukiya has previously revealed a classic Amazing Spider-Man statue, and now the Miles Morales Ultimate Spider-Man. They also intend to release a Venom statue (most likely the Eddie Brock version), an Agent Venom statue (when Flash Thompson was connected to the Venom symbiote), a Spider-Gwen statue (the Spider-Woman of Earth-65), Carnage, and Spider-Man 2099 (Miguel O’Hara as Spider-Man from an alternate future).

What Figure Will Be Released Next in the ArtFX Spider-Man line-up?

Kotobukiya hasn’t officially announced the next release yet, but in their release for the Ultimate Spider-Man statue, they say this “Display along with other versions of Spider-Man like the Amazing Spider-Man or the upcoming Spider-Gwen,” which could indicate Spider-Gwen is next.

How Much is the Ultimate Spider-Man Statue, and Where Can I Order One?

The statue is currently available for pre-order through Kotobukiya’s website, and through Entertainment Earth, for $59.99.

The statue is currently slated for a March 2017 release / shipping date. 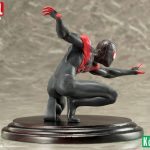 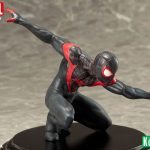 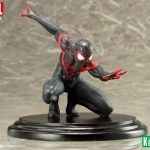 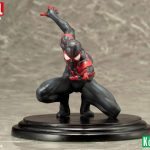 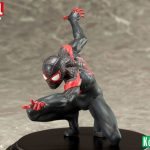 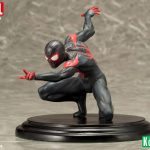