Kotobukiya’s ArtFX  Spider-Gwen Statue is getting an unmasked head variant.

Kotobukiya teased the original Spider-Gwen statue a bit ago, but they’ve just recently revealed an unmasked variant head sculpt that is now going to be included with the statue, which is available for pre-order! It is the same statue of Gwen dropped into a super low crouch, wearing her classic black spandex with the white and purple-lined spider web-y hood. She has one hand extended in front of her and one hand bracing her weight against the ground for stability, and a really nice sculpt. Her pointed toes look realistic, you can see abs and a belly button indentation beneath her spandex, and her body looks fiiiiine. 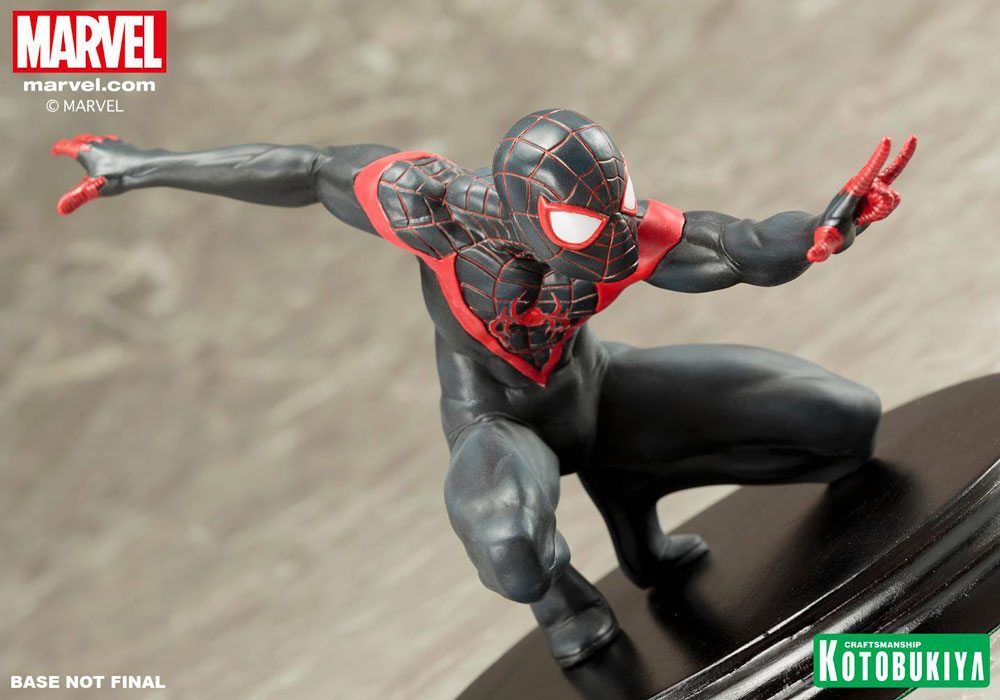 The Unmasked Spider Gwen’s face has short blonde hair and blue eyes, with a small smug looking smirk. Also, Spider-Gwen is the third statue in a series that already has Spider-Man, and Ultimate Spider-Man, and will see, among others, Venom, Agent Venom, Carnage and others.

How tall is this statue?

What cool things does she come with?

Because she’s a statue (read: no articulation), there are no accessories, but she does come with a custom Spider-themed base. Also, like other Kotobukiya 1/10th scale figures, Spider-Gwen has little magnets in her feet for extra stability.

The unmasked face variant is an “interchangeable face part,” not a head sculpt, so maybe you just snap it on over her Spidey mask? Knowing Koto, it’s probably magnetic! But, I really don’t have any idea, so we’ll have to wait for them to release some more info.

How much is the new version and where can I get one?

The updated ArtFX Spider-Gwen statue with the unmasked face is going to be $64.99, and you can pre-order now over on Entertainment Earth, or on the Kotobukiya website. They expect to be able to start shipping the statues in April 2017. 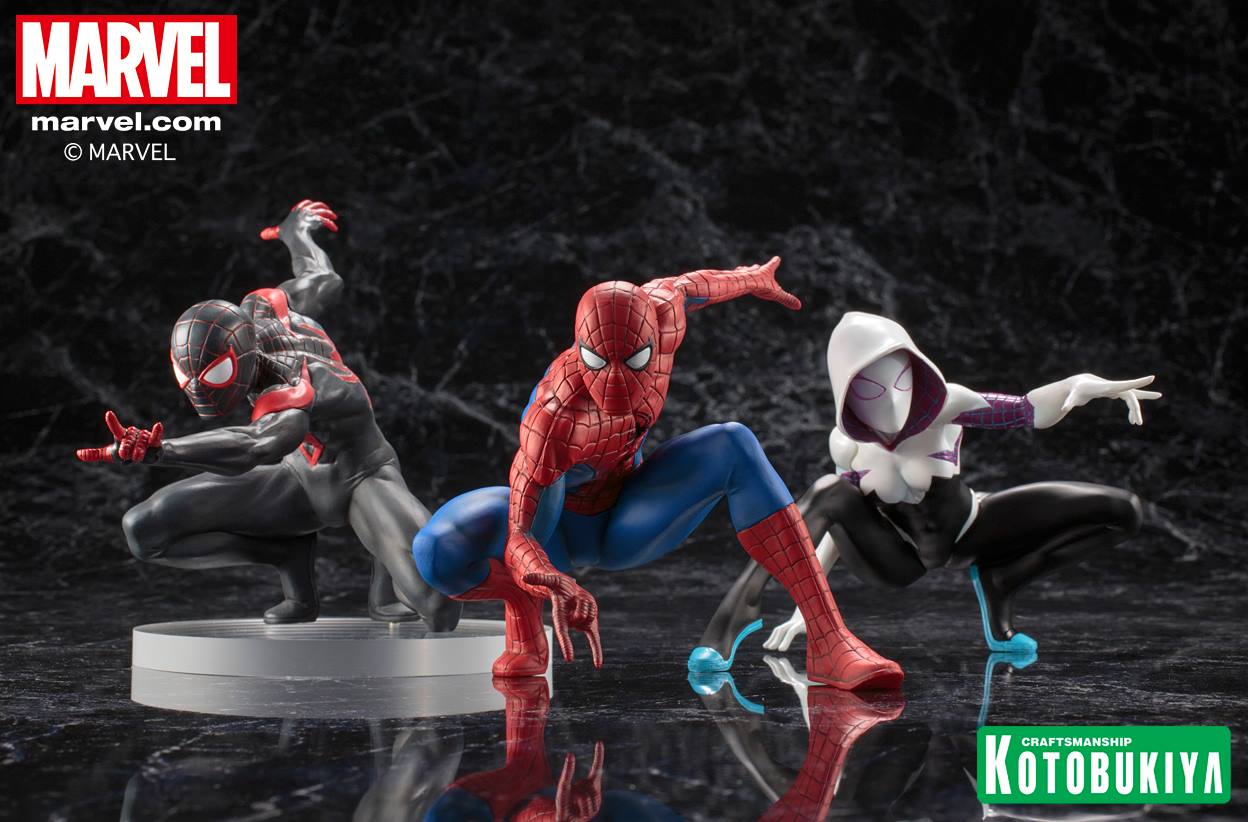 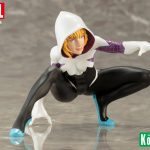 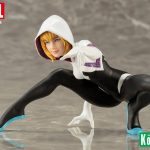 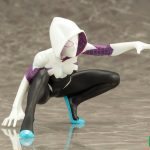 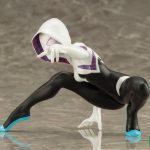 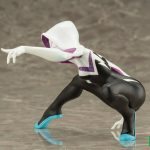 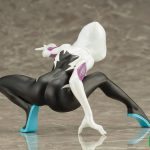